MARQUETTE – Vandalism comes in all forms, but whatever it looks like, it’s generally unwelcome in Marquette.

The Marquette Beautification & Restoration Committee Inc., listened to a talk about vandalism from Capt. Mike Laurila of the Marquette Police Department Thursday during the MBRC’s monthly meeting at the Landmark Inn.

Since “beautification” is in the committee’s name, it stands to reason vandalized property has no place in its vision for the community.

That means getting rid of spray paint where it shouldn’t be and keeping tree limbs where they should be: on the trees.

Laurila talked about some of the ways the police department handles such matters.

DDA purchased the cameras while police bought the software, he said.

“Now we have access to monitor all the cameras that are in place downtown,” Laurila said. “They’re high-tech cameras. We can zoom in, zoom out. We can actually zoom right down to a license plate and read it.”

Two years ago, the MBRC bought cameras that were mounted onto the Lake Superior Community Partnership building to deter vandalism of the Father Marquette statue, which had twice fallen victim to such major damage.

“We potentially could integrate those into our server,” said Laurila, who noted that would provide nonstop monitoring.

“It accumulates film, but nobody is monitoring it 24/7,” said Barb Kelly, MBRC vice president.

Kelly said it was disheartening to see the Father Marquette vandalism.

“Vandalism is really a degradation of our environment, and it affects our quality of life and our pride in our community and the way we present ourselves to tourists,” Kelly said.

Laurila said some arguments point to all those cameras creating a “Big Brother” atmosphere.

“I guess I don’t look at it that way because the downtown area is very valuable,” Laurila said.

If a window were to be broken at 2 in the morning, the police would call the property owner who then would come in and board it up, he said.

“Restorative justice” is another remedy, with one tagging case – in which many spots were spray-painted – having a sentence that required the perpetrator to clean up his mess, he said.

“If you’re a property owner and you have your building vandalized, why should you have to clean it up?” Laurila asked.

What’s behind the city vandalism?

Age, peer pressure and alcohol – and even stupidity – could be factors, Laurila said.

Kelly said she’d like to see a zero-tolerance policy or response team implemented in the city. That could involve putting together a committee or performing some research on the issue.

“There is some evidence that repairing vandalism immediately is a deterrent,” said Bruce Closser, who attended the Thursday meeting.

Kelly brought up another form of vandalism. For instance, at McCarty’s Cove – a city park – people pick lilacs “by the armload,” she said.

Even a passive pursuit like hammocking technically is considered vandalism, according to Laurila.

That’s the latest trend on Presque Isle, and the people who take part in the peaceful activity typically are college kids, he said.

“They sit and they watch the sunset, read a book,” Laurila said. “They’re not hurting anybody. It’s very peaceful. However, there is an ordinance prohibiting the tying of ropes to trees, the breaking of limbs. You can’t do that. If it’s damaging city property, city shrubbery, it’s a crime.”

It hasn’t been an issue so far, and Laurila hopes it doesn’t become one. However, if someone breaks branches while putting up a hammock to get the perfect view of Lake Superior, that’s a problem.

Dog excrement along the waterfront also is a trouble spot, and that’s an area in which being proactive could help, Kelly said. She suggested the MBRC could provide more stations with clean-up bags along some routes.

“All winter long, it snows, snows, snows,” Laurila said. “While then in the spring, it’s an eyesore, so we’re trying to get the word out: Please clean up after your dogs, or your animals.”

He has directed police patrols to monitor the Tourist Park area, where dogs are allowed to run off leash during the winter months, to make sure people are cleaning up after their pets.

Another proactive activity are the property checks that Laurila said police perform as well as foot patrol that now includes north Marquette.

Social media also has been helpful in dealing with vandalism and thefts, particularly when police put up security footage.

He pointed out that community support to combat vandalism is crucial too, and that’s when the public can help. If someone sees or hears something suspicious, give the police a call.

“Without the support of the community, it makes our job very difficult,” Laurila said. 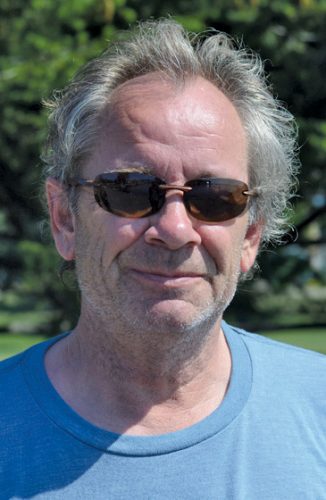