Carole and Zane Bard, at right, have been members of the NCT Hikers Chapter since 2010. During that time, they have been avid supporters, volunteers and promoters of the NCT. They have participated in numerous Softies Hikes, with Carole often the one hiker who writes up the “story” of the event for our chapter newsletter, Footnotes. When they are not gone to the Keweenaw peninsula for the summer, they have selflessly volunteered for the Trail Crew, often putting in long hours lopping, throwing off debris, or just carrying supplies. They also have provided their services for events, hosting our table for multiple hours, once in an emergency situation when Lorana had a medical emergency. Dan Raish, at left, joined the Chapter in 2008 and almost immediately became a chapter Board member, serving continuously since 2009. Dan is the Trail Adopter for Segment 22, which is commonly known as the Wildcat Canyon segment, a very rugged and remote, yet extremely beautiful, 3-mile portion of our Trail. Dan took time off work to help when we had some AmeriCorps volunteers and helped with the steep hill up the west side of the Mulligan Plains. Likewise, he eagerly volunteered when we held the Volunteer Adventure to build the segment just east of County Rd 510. He helps with the Trail Crew when he can and has donated a new Silky saw to the chapter. When we hosted the 2017 NCTA Celebration, Dan was there to help. He’s often shown up at events to help introduce participants to the Trail and/or set-up or take-down.

The following students have been named to the first semester honor roll at Negaunee High School for the 2019-2020 ... 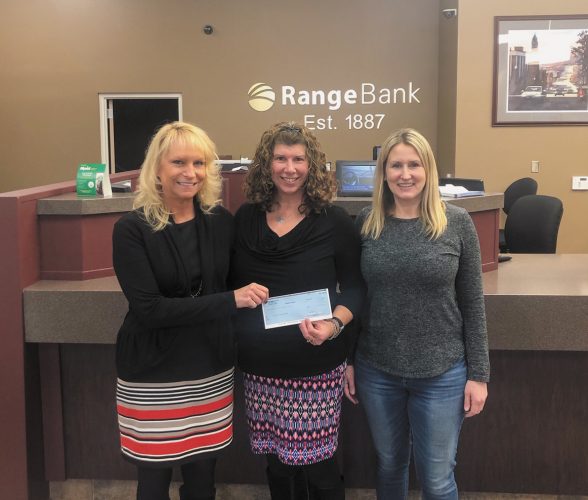 Above: Doug Winters, left, auxiliary captain of the Salvation Army in Marquette County, receives a $1,000 check ...