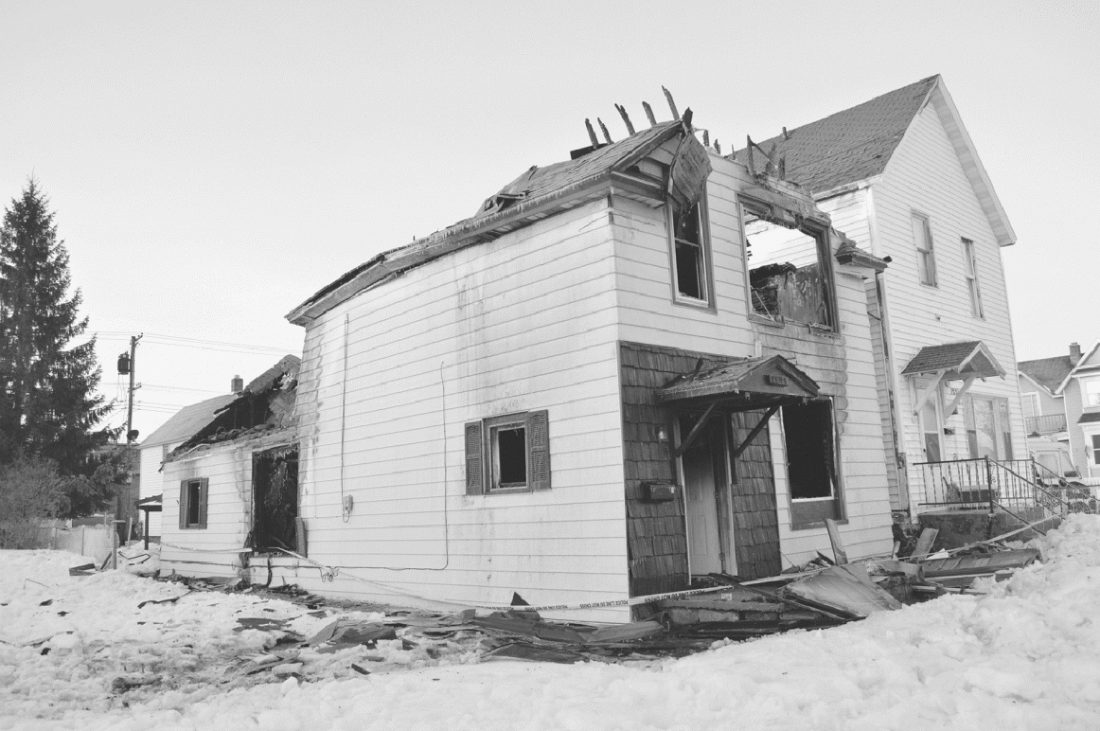 According to officers, all the occupants were outside of the two-story residence when they arrived.

Police said the entire back end of the house was fully engulfed in flames.

Officers described the residence as a total loss.

Police said this morning they were unsure if the home was insured.

A neighboring dwelling — located within two feet of the engulfed home — sustained no damage in the blaze.

No injuries were reported, officers said.

The cause of the fire is still under investigation.