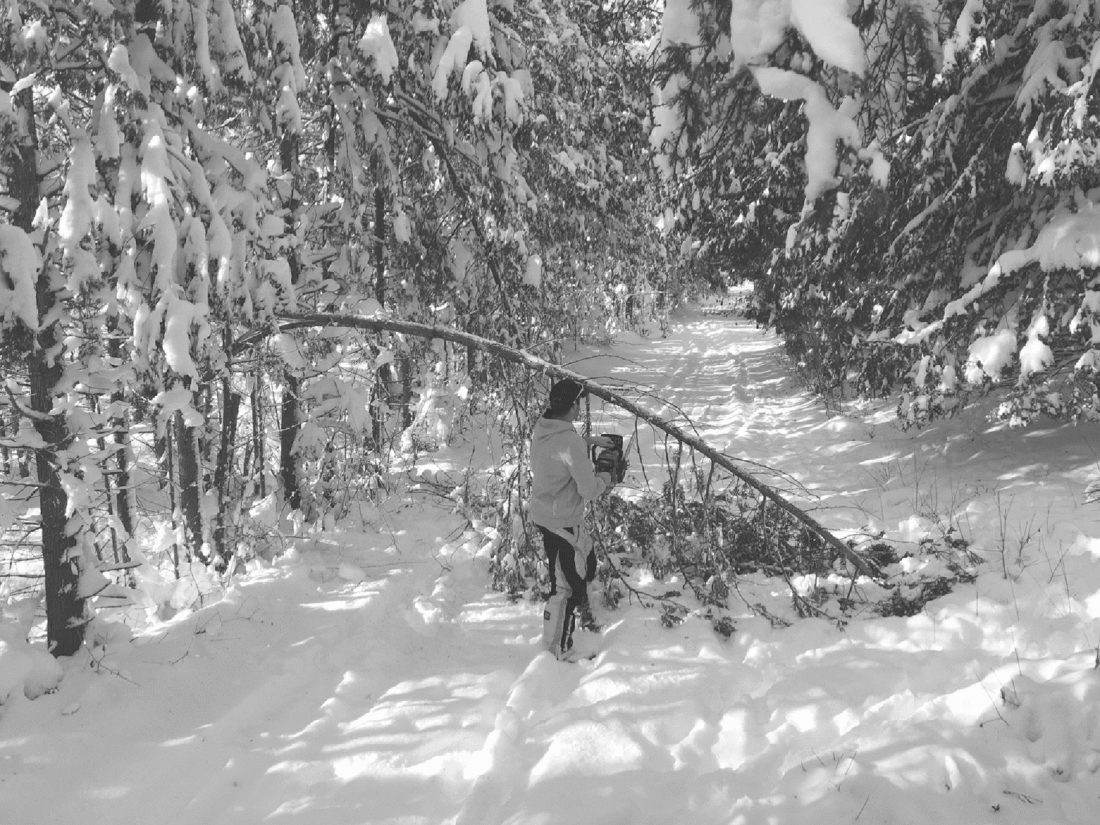 Eric Laurin, a groomer/operator and active member of the Normenco Sportsman’s Club, uses a chainsaw to trim a tree from the path on the Felch grade during the cleanup after a major snowstorm on Dec. 1. The Normenco Sportsman’s Club maintains 115 miles of snowmobile trails and 87 miles of ORV trails. After the snowstorm in December, the club spent 137 man hours cleaning up the trails. It took members 27 hours to clean up the trail from Felch to LaBranch. (Courtesy photo)

According to its bylaws, the Normenco Sportsman’s Club, based in Powers on Normenco Road, dedicates itself to promote sound conservation legislation and administrative procedures to save and defend from waste the natural resources of Michigan, to promote sound environment programs, and to promote snowmobiling, hunting, fishing, canoeing, and other activities.

The Normenco Sportsman’s Club has been providing a multitude of services to its club members and surrounding communities since 1973.

Gary Hansen, an active member since 1977, explained the club had been around longer than 1973, but was known by a different name.

Some of the services the club provides include:

– children’s fishing derby on the 4th of July

– maintaining a rifle range for members and guests

– helping at the DNR Pocket Park

– maintaining the clubhouse for club activities

– a yearly banquet that is the club’s biggest fundraiser

According to Jim Moraska, secretary and active member of the club, there are about 20 active members in the club, but the total membership is approximately 200.

He explained there are members of the Normenco Sportsman’s Club from downstate, Wisconsin and even Illinois, who are primarily members just to use the rifle range before hunting season.

Many of the club members agree the biggest job for the club is maintaining 115 miles of the local snowmobile trails in Menominee, Delta, Dickinson and Marquette counties.

Moraska said the club was one of the first sportsman’s club to contract with the Michigan Department of Natural Resources to groom and maintain snowmobile and ORV trails.

The group also grooms and maintains 87 miles of ORV trails.

In early December, a wicked snow storm hit the area — leaving over 2 feet of wet, heavy snow. The heaviness of the snow weighed down on many trees, causing them to break and fall.

Moraska said the club spent 137 man hours cleaning up trails this year, as of Monday, Dec. 30. All of the grooming and maintenance work is done strictly by members willing to volunteer their time.

Moraska explained hundreds of trees and tons of brush were removed — mostly by hand-cutting — /that was caused by the excessive heavy, wet snow.

“There were more hours put in brushing after the initial trail opening,” Moraska said. “While we were grooming a special brushing knife was installed on one drag to remove many branches and limbs too high to reach by hand.”

The club has equipment to groom and maintain trails including two groomers (one owned by the DNR), three drags, one brushing knife, two big tractors, two different brush hogs for the tractors, one bulldozer, six chain-saws, one post hole digger for signs, one dump trailer used for hauling debris away, one smaller tractor, and one equipment trailer.

“We have thousands and thousands of dollars worth of equipment just to maintain the trails — not to groom them, just maintain them,” Moraska said.

When asked the reason why some of the active members are a part of the club, many of the members felt a need to help out the area where they enjoy to snowmobile and other outdoor recreational activities.

Moraska, who has been with the club since 1979, said he joined Normenco because he thoroughly enjoys the club’s activities and thought it was a great way to pitch in.

Jason and his daughter Reegan Hubbard, 7, enjoy snowmobiling and the opportunity the club brings to bond. Jason joined the club six years ago and Reegan has been an active junior member for three years.

Jason explained his family lives in Stephenson, but there are no trails there, so he felt joining the club would be a good way to help out the organization that maintains the trails he enjoys locally.

Jim Nowack couldn’t really place how long he has been an active member of the club because he had technically helped out with it far before he had ever joined.

“I helped out for years before the club first started,” he said. “Helped with the first groomers, but I wasn’t a member of the club.”

He noted joining the club itself was kind of inherited as his father was one of the founding members. 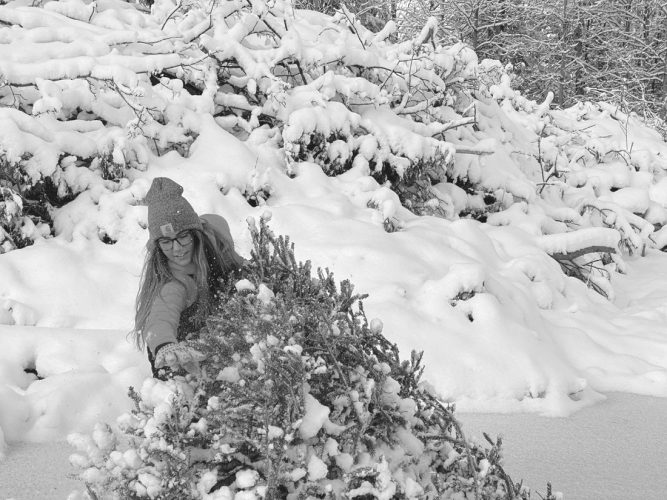