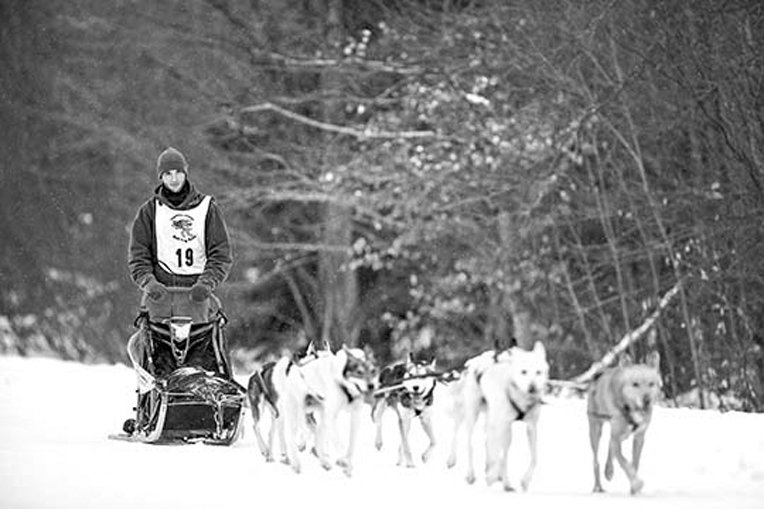 HOUGHTON — The race season is underway for Michigan Technological University’s mushing club, which competed in its first race of the season last weekend.

Student-led teams finished fifth, sixth and eighth in their division in the 40-mile Tahquamenon Country Sled Dog Race at the Muskallonge Lake State Park in Newberry.

At times, as many as 60 members will be out at Tom and Sally Bauer’s kennel, which works with the club, said club member Christian Stevens.

Members pick their own level of involvement. Some gravitate to mushing. Others prefer handling the dogs. Of the 10 members who could come out over winter break, seven were handlers.

“It’s just as much work as mushing,” Stevens said. “I’d say the handlers are doing the majority of the work, waking up at 1 in the morning to feed dogs, stuff like that.”

The club was started last year by Adam Schmidt, a Tech student who approached the Bauers for an internship at their Otter River Sled Dog Training Center in Tapiola. He began racing competitively. In his final year at Tech, he wanted other students to have the same experience.

He reached out on Facebook to other students. Claire Hendricks, a fourth-year forestry major, became another leader of the club. Both graduated last year, handing the club over to the next generation of students.

The dogs come from the Otter River center. The Bauers have around 60 dogs, and participate in 40- to 100-mile races.

“Without that kennel and without it being such a unique operation, we wouldn’t be able to do this,” Stevens said.

The club competed in three races this year. Stevens said the club hopes to race in four or five this year.

Stevens joined last year after seeing the club’s booth at K-Day. He dropped most of his other clubs. And he started doing his homework early so he would have time to get out to the kennel and take dogs out on a run.

“The energy the dogs put into it is truly awe-inspiring,” he said. “Working with animals is also really rewarding.”