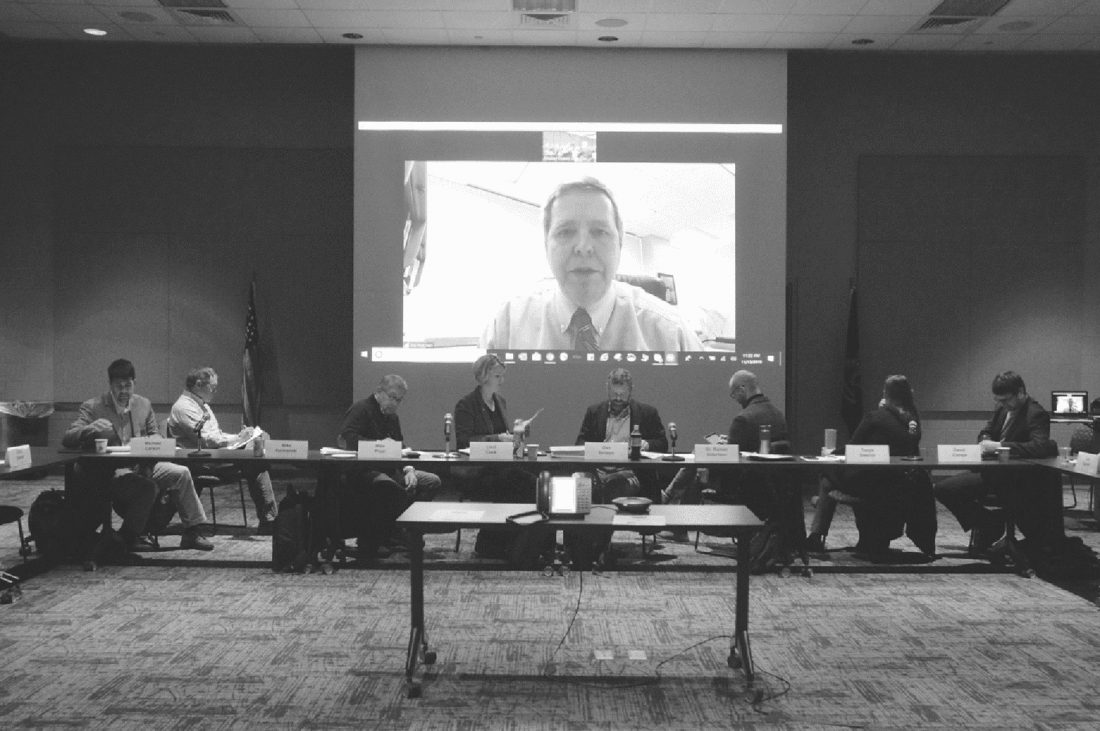 ESCANABA — Propane pricing, energy consumer protection and other topics were discussed by members of the U.P. Energy Task Force during a meeting in Escanaba Wednesday at Bay College.

The task force was created by an executive order signed by Michigan Gov. Gretchen Whitmer this summer. Its responsibilities are to:

– Assess the Upper Peninsula’s overall energy needs and how they are being met.

– Formulate alternative solutions for meeting the U.P.’s energy needs, with a focus on security, reliability, affordability and environmental soundness. This includes, but is not limited to, alternative means to supply the energy sources used by U.P. residents, and alternatives to those energy sources.

– Identify and evaluate potential changes that could occur to energy supply and distribution in the U.P.; the economic, environmental and other impacts of such changes; and alternatives for meeting the U.P.’s energy needs due to such changes.

The task force’s final report will be submitted to Gov. Whitmer in two stages. It will first submit a propane plan to the governor by March 31, 2020, which will focus on alternative methods of supplying propane to the U.P. By March 31, 2021, it is required to submit the remainder of its report.

“While we have the Michigan Consumer Protection Act … we propose even stronger laws to address products like gasoline and propane,” he said.

Michigan Department of Environment, Great Lakes, and Energy Director Liesl Clark — the task force’s chair — noted this proposal is not being recommended by the task force. Instead, Potchen’s presentation was meant to inform task force members about current energy consumer protection laws in Michigan and what the attorney general’s office has been working on.

Potchen spoke about what he described as issues with the existing Michigan Consumer Protection Act, including the limitations of its prohibition of price gouging. As an example, he said that if many gas stations all raised their prices simultaneously, this would not be considered “charging an amount grossly in excess of a price at which similar property or services are sold.”

“There could be other provisions, like anti-trust provisions or something like that, but price gouging may not necessarily be implicated,” he said.

Potchen went on to discuss the language the attorney general’s office is working on. He said the proposal would target excessive price increases after market disruptions.

“We look to fix that by comparing pre- and post-disruption prices, not prices charged at the same time as other sellers,” he said.

The proposed language also includes a presumption that an excessive price increase is an increase of more than 10 percent during a market disruption, unless the increase in question was caused by increased costs. If this is the case, investigation would be able to continue further up the supply chain; Potchen noted the current Michigan Consumer Protection Act only applies to direct sales to consumers.

“There have been a lot of questions from the task force members to understand propane pricing dynamics,” Clark said.

According to Wilczewski, propane infrastructure in the United States has been evolving recently, meaning companies have been transporting less of their product by rail.

“Producers are behaving in a very logical manner to maximize revenue, and that means looking for markets that provide year-round demand with the highest … ‘net access’ — value to producer minus whatever logistical and processing costs are involved in the moving of the commodity,” he said.

Brewers’ Yelich knows he had lucky timing with new contract