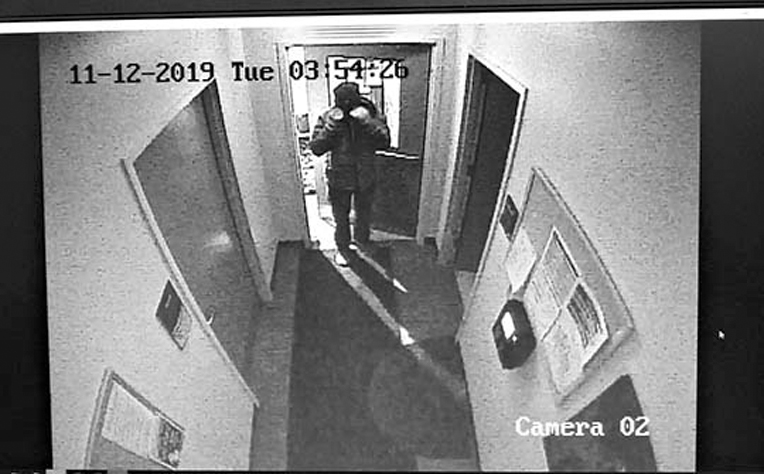 Image provided by Houghton Police Department A surveillance image shows the suspect in a break-in at the Aspirus clinic in Houghton Monday morning. It is believed the suspect departed before taking any items, Houghton police said.

HOUGHTON –Houghton police are looking for the suspect in a Monday morning break-in at the Aspirus Houghton clinic.

Officers were dispatched for an alarm at the clinic on Cedar Street at 3:15 a.m., according to a release from the department. They discovered a broken window on the southeast corner of the building.

The suspect had fled the scene by the time officers arrived at the scene, said Police Chief John Donnelly. So far, it appears the suspect did not take anything before leaving, Donnelly said.

“We don’t know what their intention was for the break-in,” he said. “We assume it was to commit a larceny.”

Judging by surveillance video, the masked suspect appears to be a man about 6 feet tall, Donnelly said.

Donnelly said the department is reviewing multiple camera images of vehicles and foot traffic at the site.

Anyone with information is asked to contact the Houghton Police Department at 482-2121.