K-9 gets ready for Gladstone duties 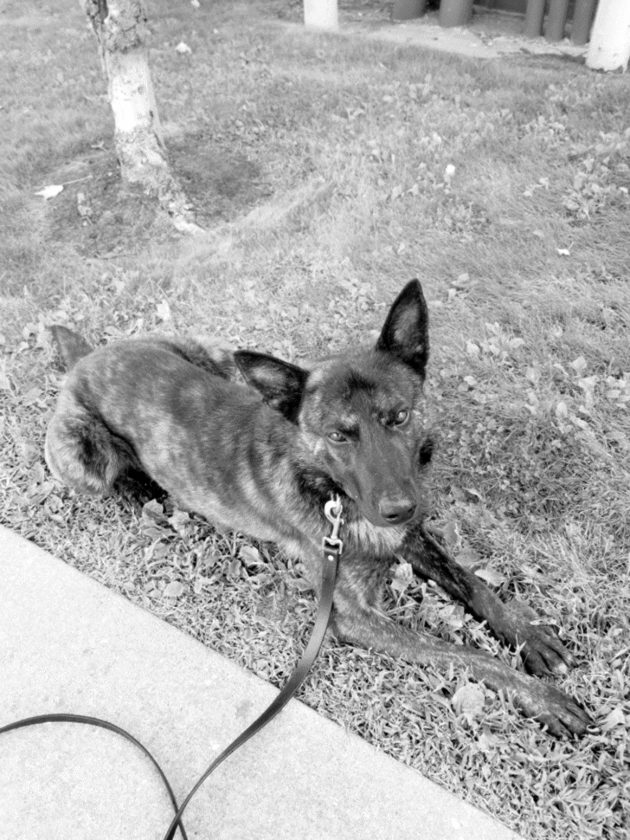 GLADSTONE — After nearly two years since the idea of implementing a K-9 program at Gladstone Public Safety Department was first introduced, the department is no longer the only law enforcement agency in Delta County without a police dog.

The Gladstone City Commission approved the proposed implementation in January 2018, but initial fundraising to jump start the program wasn’t met until June 2019.

According to Gladstone Public Safety Director Ron Robinson, Officer Ryan Peterson has been downstate training with the department’s new K-9 officer since Oct. 1.

“(Peterson) was introduced to his dog on Oct. 1,” Robinson said.

He explained Peterson was first introduced to his new K-9 partner, Kam, at Northern Michigan K-9 in Harrison, Mich., where they are also currently training.

Kam will be used during drug searches/seizures, rescues, and school and public demonstrations.

Robinson said the training is a four-week program, so Peterson and Kam will return to Gladstone at the end of the month.

“The overall feel is excitement,” he said about the community of Gladstone. “I think everybody is looking forward to getting the dog here, for Ryan (Peterson) to finish his training, and for the dog to get out on the road.”

According to Robinson, there are some things that need to be accomplished before Peterson and Kam return.

Robinson said they still need to outfit a patrol vehicle for the new K-9 unit.

“Hopefully, that will take place here in the next couple of weeks,” he said.

Robinson noted none of this would have been possible without Peterson spearheading the efforts to implement the K-9 program for Gladstone Public Safety.

“I just want to congratulate Ryan Peterson. He truly is the face of this K-9 program — as I’ve said before,” Robinson said.

The initial fundraising goal of $60,000, which was needed to purchase the dog, the training, equipment and outfitting a vehicle, was met in June 2019.

The initial fundraising efforts focused on community donations and grants. Grants are limited when starting up a K-9 program, however, once started more grants become available.

Robinson thanked all of the community members, organizations and businesses that donated to the program.

Currently, the department is still accepting donations for the long-term success of the K-9 program.

“We’re still actively seeking donations for the dog. We received the short-term funding to implement this program, now we’d like to sustain it by long-term funding through donations,” Robinson said.

He explained the initial fundraising implemented the program, but there are always additional costs and fees in maintaining programs.

“Ryan (Peterson) will be seeking grants,” Robinson said. “Right now, we’re utilizing a patrol car that we were going to get rid of, but he’s going to utilize it for — hopefully get another 40 to 50,000 miles from it. So grants will be used for funding for a new car and … a ballistic vest.”

Robinson added the continued donations towards the program would help fund replacing the specialized vehicle and create an emergency veterinary fund.

He said the hope is to always have a K-9 unit at Gladstone Public Safety Department for years to come.

Interested individuals, business or organizations can donate at the Gladstone Public Safety Department.