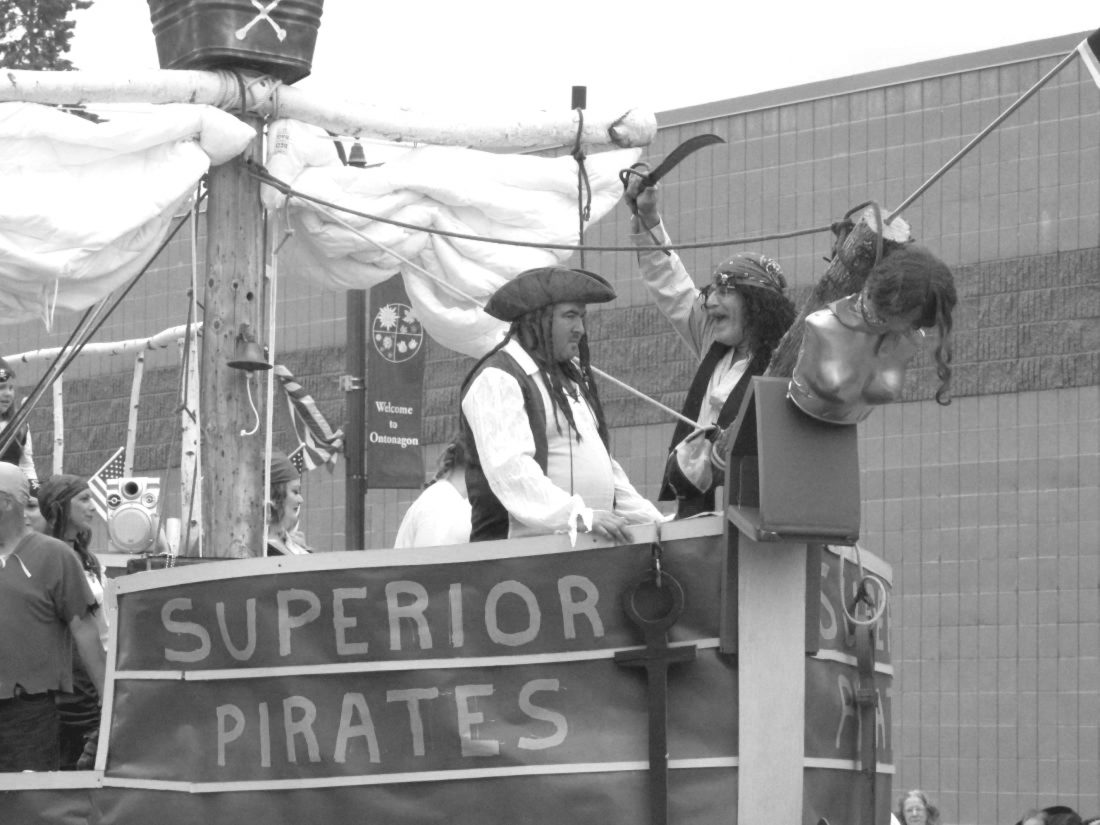 ONTONAGON — For the 63rd year, crowds lined up in Ontonagon for floats, bands and candy Sunday for the annual Labor Day parade.

Competing in the parade is a point of pride for many organizations, which try to outdo each other with creative concepts. Several floats paid homage to the 50th anniversary of Woodstock. The Norwich Country Club combined that and the moon landing for a menagerie of hippies, Mission Control and a little green man in a Volkswagen van.

“We meet one Sunday a month, and brainstorm,” said Norwich member Jeff Rule.

They start working on it a month before the parade.

The men of the club do the building and concepts, while their wives do the painting and design, said Kathy Pattison.

“It ends up being families,” she said. “The kids come and join in, so they don’t have to be left. It’s a lot of fun.”

As they build, they come up with more ideas. A spare pontoon trailer in the building they used for construction became space for a rocket.

“We’ve been doing this for so many years, the community just waits for us,” she said.

Grand marshal for the parade was longtime radio and newspaper personality Jan Tucker, who is celebrating 50 years on the air this week. A float following them paid homage to her and her husband Dave, chronicling their various roles in the community.

The fun of the parade even brought in newcomers. John Cappo Log & Lumber had a model log home, complete with a sauna. Jim Linn of Watersmeet, in charge of refilling the wood, was excited to participate after having seen it many times.

“It’s just all the families and friends getting together and relaxing for the weekend,” he said, as another person on the float plucked banjo strings. “And by putting the sauna in, we get all our family together for this.”

The parade capped the three-day festivities, which included bed races, an auto show, a memorial run and other events.

Kathi and Bill Miller of Ontonagon were relaxed at a table after the parade. Kathi enjoyed getting to see people she had not in a while.

“A lot of people take this weekend to come home,” she said.

They also liked seeing what organizations decide on for the float. But for their favorite, both picked Marty’s Goldenaires Drum and Bugle Corps, which closed the parade and performed a concert afterward.