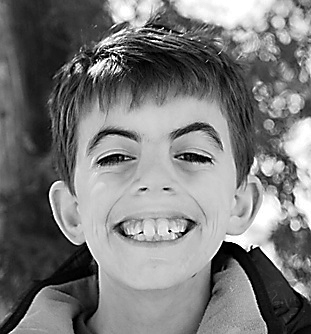 HANCOCK — An investigation by the Michigan Department of Health and Human Services Adult Protective Services into the death of a 22-year-old resident of the Atlantic House has concluded that there was “moderate risk of neglect” at the facility.

The Daily Mining Gazette obtained information on the incident through a Freedom of Information Act request filed with MDHHS.

According to the death report filed by MDHHS Adult Protective Services, Kenneth John Rowe of Dollar Bay was found unresponsive on the floor in his room at Atlantic House on Jan. 13. He had a temperature of 95 degrees and a heart rate between 16 and 30 beats per minute.

Rowe was taken to UP Health System-Portage hospital in Hancock before being transported to UPHS-Marquette. Doctors at the hospital told the family that the resident’s condition was terminal after the brain was deprived of oxygen, which caused several strokes and four cerebral hemorrhages. The family chose to move the resident to the Omega House in Houghton where he remained until his death on Jan. 21.

On Jan. 16, an investigation was opened into Atlantic House by Adult Protective Services, or APS. The identity of the person making the referral was redacted by MDHHS and remains unknown.

Rowe was diagnosed with Cornelia De Lange Syndrome shortly after birth, a condition characterized by self-injurious behavior, including slapping and occasional head-banging.

The referral alleges that some of the bruises found on Rowe’s body looked like fingerprints and could not have been self-inflicted because of his physical limitations. He also was found to have a skull fracture.

The referral also alleges malnourishment, poor hygiene conditions in the resident’s room and neglect on the day of the incident leading to his death.

Laura Mohrman, a licensing consultant with the Michigan Department of Licensing and Regulatory Affairs, or LARA, reported to APS that bruising on the body could have been caused by Rowe taking ibuprofen three times a day. She also stated medical records for the resident showed a consistent weight in the low 90s, which conflicts with allegations of a 20-pound weight loss during his four months at the Atlantic House.

Mohrman’s most recent licensing renewal report, dated Dec. 21, 2018, and obtained from LARA’s website, states several residents of the Atlantic House were missing weight records for the past year.

Mohrman also stated in the email to APS investigators that “there is no evidence that staff acted inappropriately with this resident.”

According to DHHS records, Rowe was supposed to have constant one-on-one care.

However, on Jan. 13 when he was found unresponsive, the APS referral asserts that he was left unattended in his room for as long as three hours.

APS records also indicate Rowe’s father suggested a safety plan, such as having the resident wear a helmet, and that the plan should have been been in place at Atlantic House in light of the resident’s history of head banging.

The matter was turned over to the Hancock Police Department. Chief Wayne Butler said Friday the allegations are still under investigation.

He said the detective assigned to the case has performed multiple interviews but is still awaiting final results of the autopsy.

The Atlantic House is operated by Copper Country Mental Health Services. In response to attempts by the DMG for comment, Carilyn Raboin, CCMHS executive director, faxed a prepared statement Friday afternoon declining to disclose specific details in the case.

“(T)he Bureau of Community and Health Services, Department of Licensing and Regulatory Affairs, state of Michigan, has investigated this matter and found ‘no substantial violations…’ “ Raboin’s statement said.