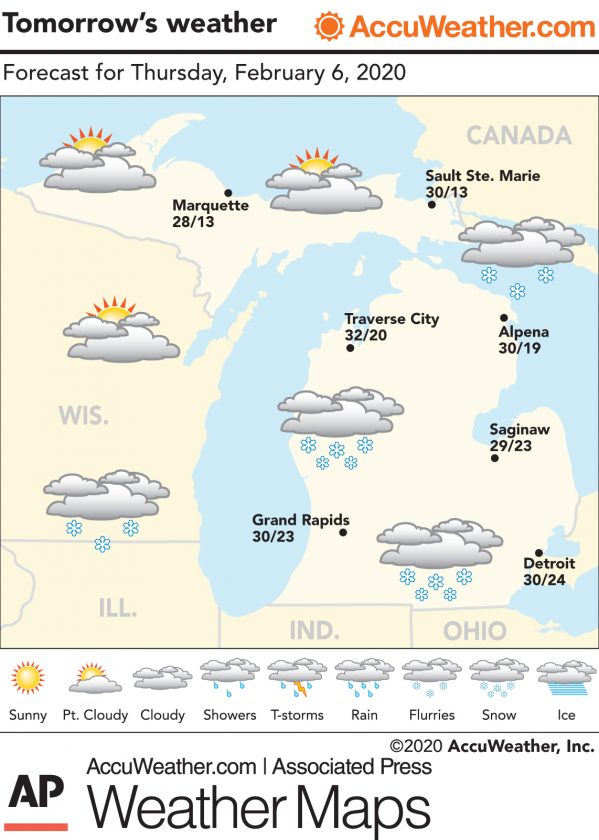 Temperatures: The average temperature Tuesday at the National Weather Service office in Negaunee Township was 12 degrees, 2 degrees below normal. The high Tuesday was 21 degrees and the overnight low was 2 degrees. 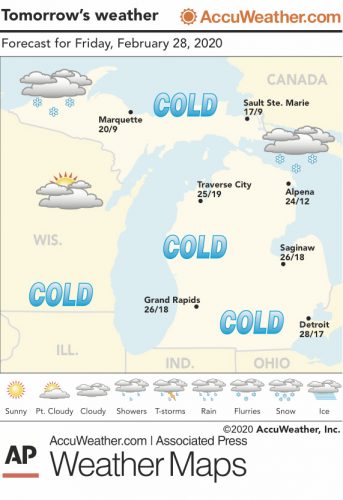 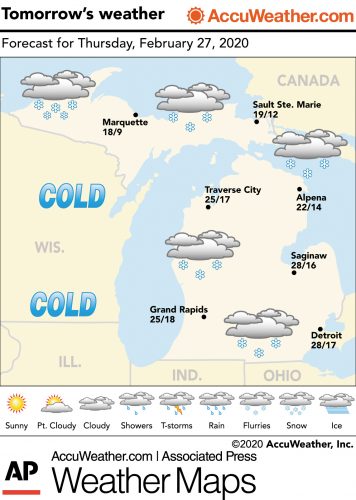 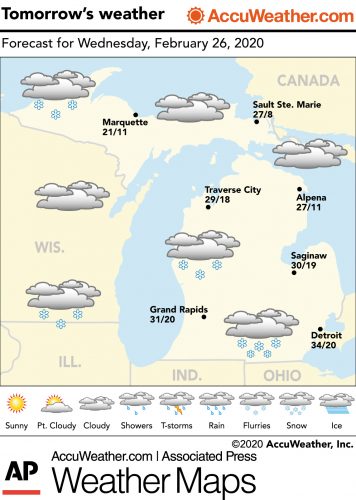 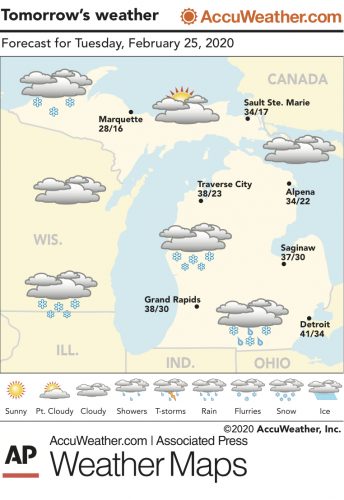