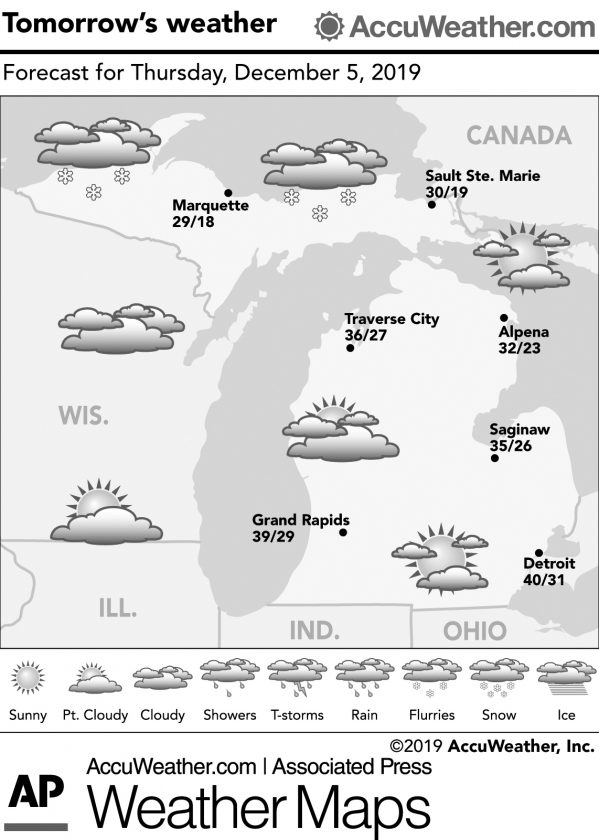 Lake Superior: Small craft advisory in effect through Thursday morning. Tonight, northwest wind 15 to 25 knots. Gusts up to 33 knots. Cloudy with scattered snow showers. Waves subsiding to 3 to 6 feet occasionally to 8 feet. Thursday, west wind 5 to 15 knots backing southwest less than 10 knots in the afternoon. Cloudy. A slight chance of snow showers in the morning, then snow showers likely in the afternoon. Waves subsiding to 1 to 2 feet. Thursday night, northwest wind 5 to 15 knots increasing to 15 to 25 knots after midnight. Snow showers likely. Waves building to 3 to 6 feet occasionally to 8 feet.

Temperatures: The average temperature Tuesday at the National Weather Service office in Negaunee Township was 23 degrees, which is normal for the date. The high Tuesday was 27 degrees and the overnight low was 19 degrees. 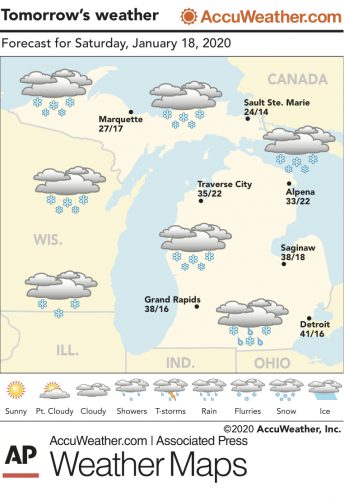 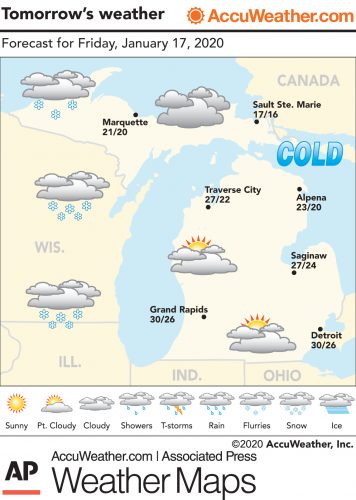 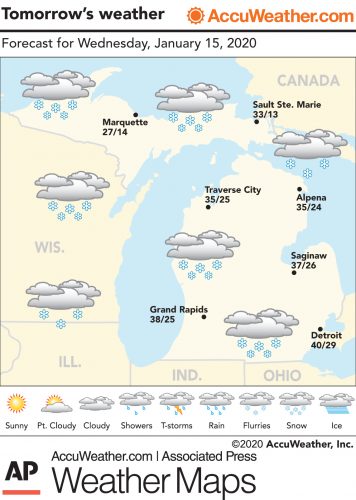 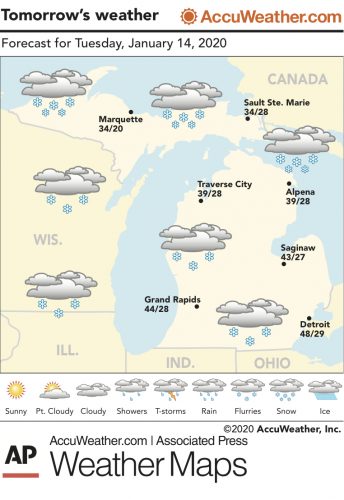