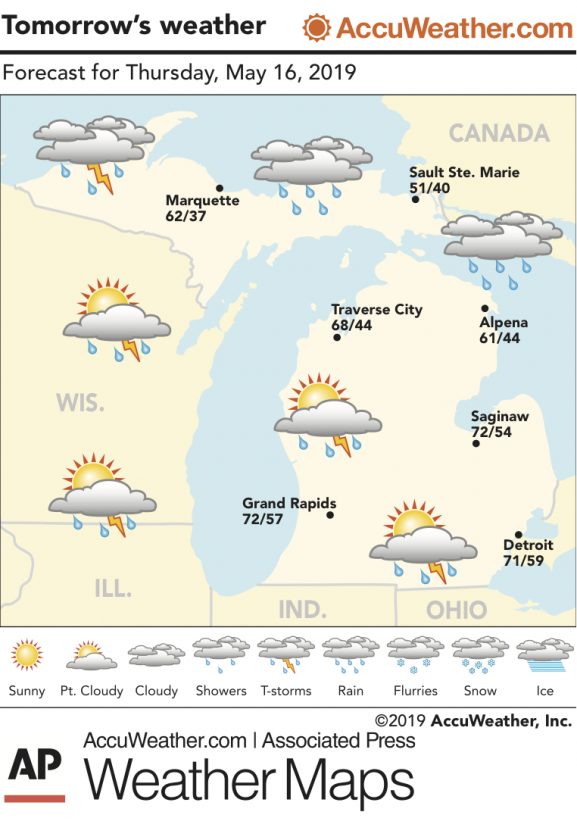 Temperatures: The average temperature Tuesday at the National Weather Service office in Negaunee Township was 55 degrees, 5 degrees above normal. The high Tuesday was 69 degrees and the overnight low was 40 degrees. 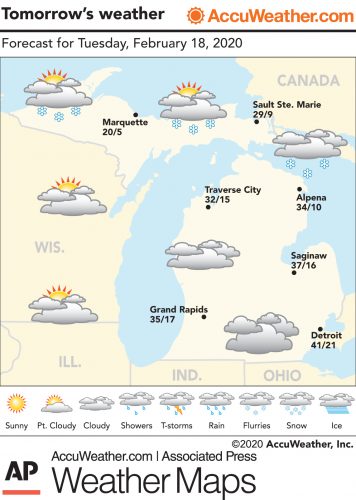 Marquette and vicinity: Today, a slight chance of snow showers between noon and 2 p.m. Mostly cloudy, with a high ... 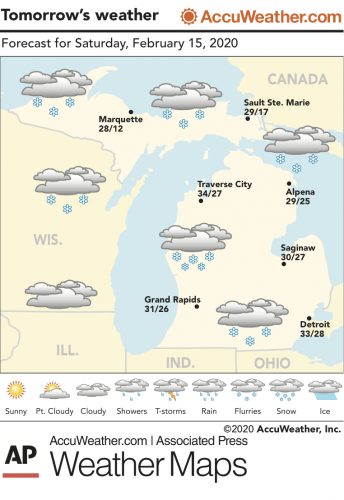 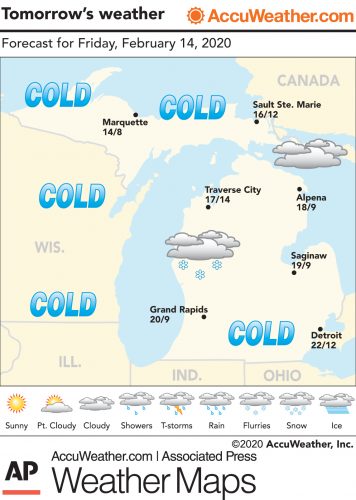 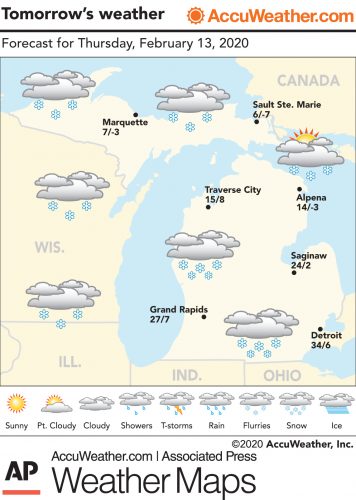 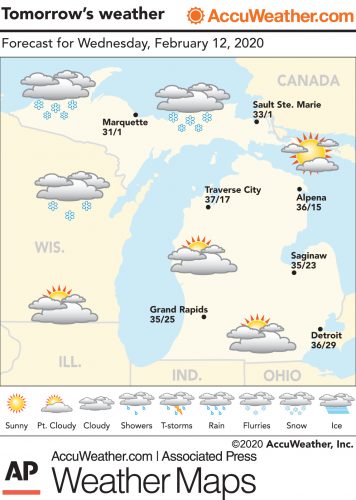