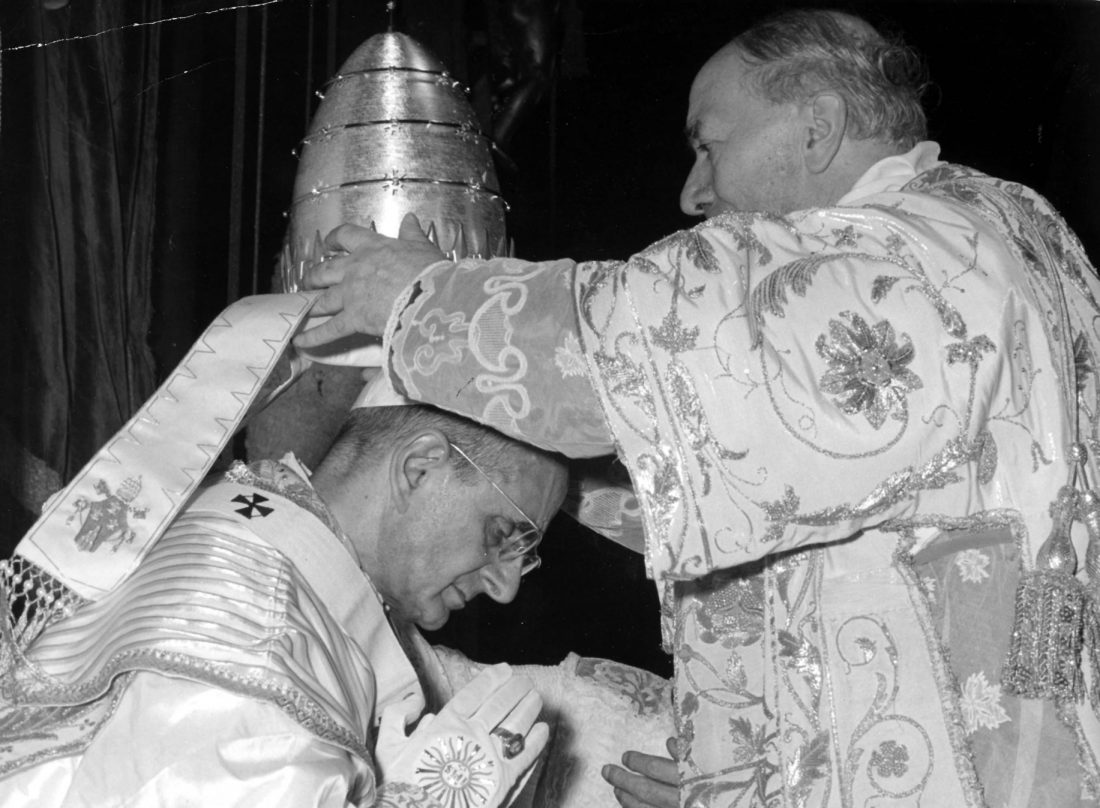 On June 30, 1971, the Supreme Court ruled, 6-3, that the government could not prevent The New York Times or The Washington Post from publishing the Pentagon Papers.

In 1865, eight people, including Mary Surratt and Dr. Samuel Mudd, were convicted by a military commission of conspiring with John Wilkes Booth, the assassin of President Abraham Lincoln. Four defendants, including Surratt, were executed; Mudd was sentenced to life in prison, but was pardoned by President Andrew Johnson in 1869.

In 1918, labor activist and socialist Eugene V. Debs was arrested in Cleveland, charged under the Espionage Act of 1917 for a speech he’d made two weeks earlier denouncing U.S. involvement in World War I. Debs was sentenced to prison and disenfranchised for life.

In 1934, Adolf Hitler launched his “blood purge” of political and military rivals in Germany in what came to be known as “The Night of the Long Knives.î”

In 1963, Pope Paul VI was crowned the 262nd head of the Roman Catholic Church.

In 1971, a Soviet space mission ended in tragedy when three cosmonauts aboard Soyuz 11 were found dead of asphyxiation inside their capsule after it had returned to Earth.

In 1982, the proposed Equal Rights Amendment to the U.S. Constitution expired, having failed to receive the required number of ratifications for its adoption, despite having its seven-year deadline extended by three years.

In 1986, the Supreme Court, in Bowers v. Hardwick, ruled 5-4 that states could outlaw homosexual acts between consenting adults (however, the nation’s highest court effectively reversed this decision in 2003 in Lawrence v. Texas).

In 1994, the U.S. Figure Skating Association stripped Tonya Harding of the national championship and banned her for life for her role in the attack on rival Nancy Kerrigan.

In 1997, the Union Jack was lowered for the last time over Government House in Hong Kong as Britain prepared to hand the colony back to China at midnight after ruling it for 156 years.

In 2009, American soldier Pfc. Bowe R. Bergdahl went missing from his base in eastern Afghanistan, and was later confirmed to have been captured by insurgents. Bergdahl was released on May 31, 2014 in exchange for five Taliban detainees.

In 2013, 19 elite firefighters known as members of the Granite Mountain Hotshots were killed battling a wildfire northwest of Phoenix after a change in wind direction pushed the flames back toward their position.

Ten years ago: President Barack Obama talked about the economy at a town hall in Racine, Wisconsin, saying, “We got it moving again,î and that he intended to get “our debt and our deficits under control,”î but warned he wouldn’t slash spending at the expense of the economic rebound. Benigno Aquino III was sworn in as the Philippinesí 15th president.

Five years ago: a tough-talking New Jersey Gov. Chris Christie launched his 2016 campaign for president with a promise to tell voters the truth “whether you like it or not, or whether it makes you cringe every once in a while or not.”î An Indonesian Air Force transport plane crashed, killing more than 120 people on board and 22 on the ground. Actress Jennifer Garner and actor Ben Affleck announced plans to end their 10-year marriage.

One year ago: President Donald Trump and North Korea’s Kim Jong Un met at the heavily fortified Demilitarized Zone between North and South Korea, and agreed to revive talks on the North’s nuclear program. (A working-level meeting in Sweden in October would break down over what the North Koreans described as the Americans” “old stance and attitude.”î) A small plane crashed at a suburban Dallas airport, killing all 10 people on board; the plane had struggled to gain altitude before veering to the left and crashing into a hangar. At the start of the NBA’s free agency period, Kevin Durant announced that he was leaving the Golden State Warriors after three seasons and signing with the Brooklyn Nets.