Today in History: Winston Churchill addresses US Congress in 1943 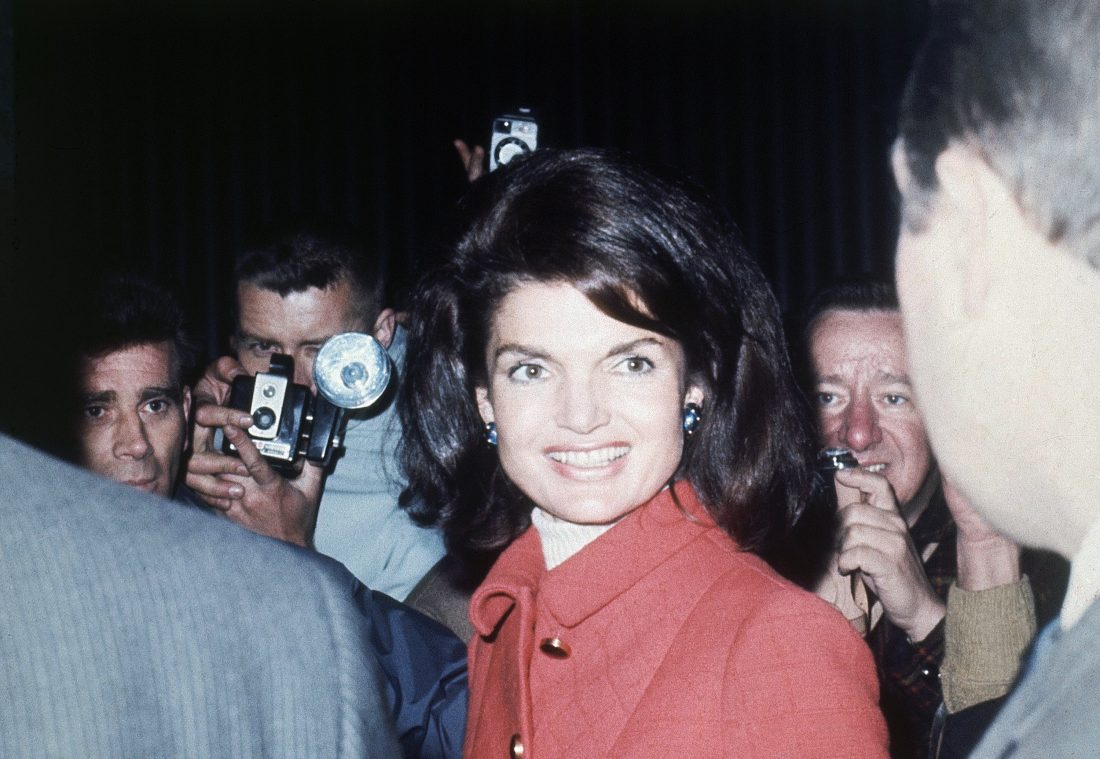 Jacqueline Kennedy is surrounded by photographers at the christening of the USS John F. Kennedy at Newport News, Va., May 27, 1967. She died on this date in 1994 at age 64. (AP photo)

On May 19, 1943, in his second wartime address to the U.S. Congress, British Prime Minister Winston Churchill pledged his country’s full support in the fight against Japan; that evening, Churchill met with President Franklin D. Roosevelt at the White House, where the two leaders agreed on May 1, 1944 as the date for the D-Day invasion of France (the operation ended up being launched more than a month later).

In 1536, Anne Boleyn, the second wife of England’s King Henry VIII, was beheaded after being convicted of adultery.

In 1649, England was declared a republic by Parliament following the execution of King Charles I. The monarchy was restored in 1660.

In 1924, the Marx Brothers made their Broadway debut in the revue “I’ll Say She Is.”

In 1935, T.E. Lawrence, also known as “Lawrence of Arabia,” died in Dorset, England, six days after being injured in a motorcycle crash.

In 1967, the Soviet Union ratified a treaty with the United States and Britain, banning nuclear and other weapons from outer space as well as celestial bodies such as the moon. (The treaty entered into force in October 1967.)

In 1981, five British soldiers were killed by an Irish Republican Army land mine in County Armagh, Northern Ireland.

In 1992, in a case that drew much notoriety, Mary Jo Buttafuoco of Massapequa, New York, was shot and seriously wounded by her husband Joey’s teenage lover, Amy Fisher.

In 1993, the Clinton White House set off a political storm by abruptly firing the entire staff of its travel office; five of the seven staffers were later reinstated and assigned to other duties.

Ten years ago: President Barack Obama condemned Arizona’s crackdown on illegal immigration and pushed instead for a federal fix he said the nation could embrace, showing solidarity with his guest of honor, Mexican President Felipe Calderon, who called Arizona’s law discriminatory. Rioters in Bangkok torched the stock exchange and other landmark buildings after a deadly army assault on an anti-government encampment ended a two-month siege.

One year ago: Billionaire technology investor Robert F. Smith stunned the graduating class at Morehouse College, an all-male, historically-black college in Atlanta, when he announced in his commencement speech that he would pay off the student loans of the entire class, estimated at $40 million. After giving up nearly all of his seven-shot lead in the final round, Brooks Koepka won his second straight PGA Championship, joining Tiger Woods as the only back-to-back winners since the tournament went to stroke play in 1958.