Today in History: Churchill: ‘I have nothing to offer but blood, toil, tears and sweat’ 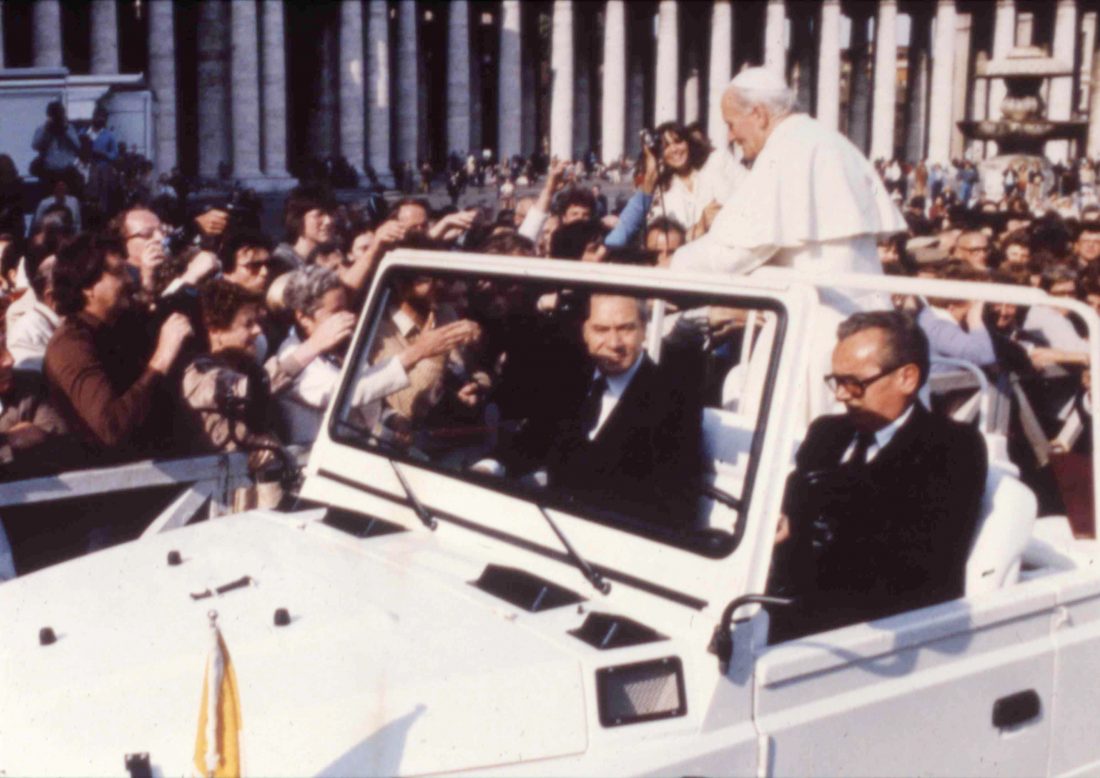 Scene in St. Peters Square on May 13. 1981, when Pope John Paul II was shot. A gun can be seen at far left above the head of a man wearing sunglasses (AP Photo)

On May 13, 1940, in his first speech as British prime minister, Winston Churchill told Parliament, “I have nothing to offer but blood, toil, tears and sweat.”

In 1568, forces loyal to Mary, Queen of Scots were defeated by troops under her half-brother and Regent of Scotland, the Earl of Moray, in the Battle of Langside, thwarting Mary’s attempt to regain power almost a year after she was forced to abdicate.

In 1607, English colonists arrived by ship at the site of what became the Jamestown settlement in Virginia.

In 1916, one of Yiddish literature’s most famous authors, Sholem Aleichem, died in New York at age 57.

In 1917, three shepherd children reported seeing a vision of the Virgin Mary near Fatima, Portugal; it was the first of six such apparitions that the children claimed to have witnessed.

In 1918, the first U.S. airmail stamp, costing 24 cents and featuring a picture of a Curtiss JN-4 biplane, was publicly issued.

In 1958, Vice President Richard Nixon and his wife, Pat, were spat upon and their limousine battered by rocks thrown by anti-U.S. demonstrators in Caracas, Venezuela.

In 1972, 118 people died after fire broke out at the Sennichi Department Store in Osaka, Japan.

In 1985, a confrontation between Philadelphia authorities and the radical group MOVE ended as police dropped a bomb onto the group’s row house, igniting a fire that killed 11 people and destroyed 61 homes.

In 1992, the Falun Gong movement had its beginnings in the northeastern Chinese city of Changchun.