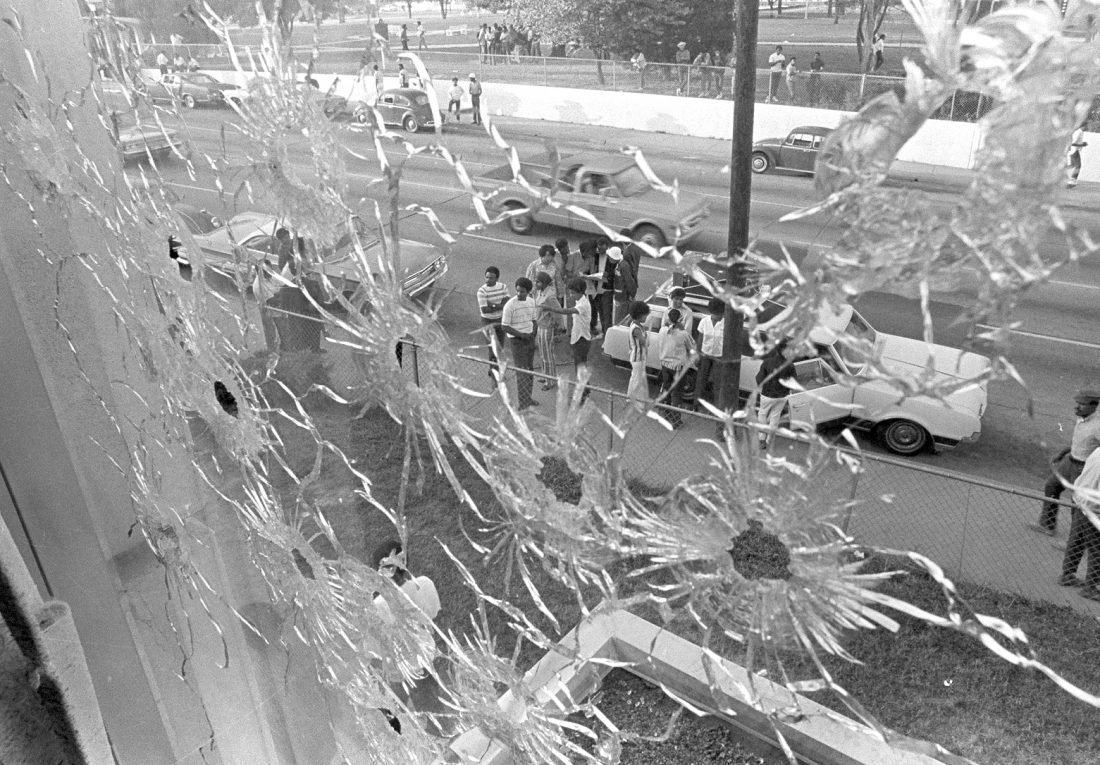 The bullet-riddled windows of Alexander Hall, a women's dormitory at Jackson State College in Jackson, Miss., are shown after two African-American students were killed and 12 injured when police opened fire on the building claiming they were fired upon by snipers, May 15, 1970. The shooting occurred after rioting broke out on the campus. (AP Photo)

On May 15, 1948, hours after declaring its independence, the new state of Israel was attacked by Transjordan, Egypt, Syria, Iraq and Lebanon.

In 1862, President Abraham Lincoln signed an act establishing the Department of Agriculture.

In 1930, registered nurse Ellen Church, the first airline stewardess, went on duty aboard an Oakland-to-Chicago flight operated by Boeing Air Transport, a forerunner of United Airlines.

In 1954, the Fender Stratocaster guitar, created by Leo Fender, was officially released.

In 1963, Weight Watchers was incorporated in New York.

In 1968, two days of tornado outbreaks began in 10 Midwestern and Southern states; twisters were blamed for 72 deaths, including 45 in Arkansas and 18 in Iowa.

In 1972, Alabama Gov. George C. Wallace was shot and left paralyzed while campaigning for president in Laurel, Maryland, by Arthur H. Bremer, who served 35 years for attempted murder.

In 1975, U.S. forces invaded the Cambodian island of Koh Tang and captured the American merchant ship Mayaguez, which had been seized by the Khmer Rouge. In 1988, the Soviet Union began the process of withdrawing its troops from Afghanistan, more than eight years after Soviet forces entered the country.

In 2000, by a 5-4 vote, the U.S. Supreme Court threw out a key provision of the 1994 Violence Against Women Act, saying that rape victims could not sue their attackers in federal court.

Ten years ago: Jessica Watson, a 16-year-old Australian who’d spent seven months at sea in her pink yacht, became the youngest person to sail around the world solo, nonstop and unassisted as she arrived in Sydney.

Five years ago: A jury sentenced Dzhokhar Tsarnaev to death for the 2013 Boston Marathon bombing that killed three and left more than 250 wounded. Elisabeth Bing, the Lamaze International co-founder who popularized what was known as natural childbirth and helped change how women and doctors approached the delivery room, died in New York at age 100.

One year ago: Alabama’s Republican governor, Kay Ivey, signed into law the most stringent abortion legislation in the nation, making performing an abortion a felony in nearly all cases. President Donald Trump granted a full pardon to Conrad Black, a former newspaper publisher who had written a flattering political biography of Trump. Black had been convicted of fraud in 2007 and spent more than three years in prison.