Today in History: Scottsboro Boys taken off train in Alabama in 1931

On March 25, 1931, in the so-called “Scottsboro Boys” case, nine young black men were taken off a train in Alabama, accused of raping two white women; after years of convictions, death sentences and imprisonment, the nine were eventually vindicated.

In 1894, Jacob S. Coxey began leading an “army” of unemployed from Massillon, Ohio, to Washington, D.C., to demand help from the federal government.

In 1911, 146 people, mostly young female immigrants, were killed when fire broke out at the Triangle Shirtwaist Co. in New York.

In 1915, the U.S. Navy lost its first commissioned submarine as the USS F-4 sank off Hawaii, claiming the lives of all 21 crew members.

In 1947, a coal-dust explosion inside the Centralia Coal Co. Mine No. 5 in Washington County, Illinois, claimed 111 lives; 31 men survived.

In 1960, the U.S. Court of Appeals for the Second Circuit, in New York, ruled that the D.H. Lawrence novel “Lady Chatterley’s Lover” was not obscene and could be sent through the mails. Ray Charles recorded “Georgia on My Mind” as part of his “The Genius Hits the Road” album in New York.

In 1963, private pilot Ralph Flores and his 21-year-old passenger, Helen Klaben, were rescued after being stranded for seven weeks in brutally cold conditions in the Yukon after their plane crashed.

In 1965, the Rev. Martin Luther King Jr. led 25,000 people to the Alabama state capitol in Montgomery after a five-day march from Selma to protest the denial of voting rights to blacks. Later that day, civil rights activist Viola Liuzzo, a white Detroit homemaker, was shot and killed by Ku Klux Klansmen.

In 1988, in New York City’s so-called “Preppie Killer” case, Robert Chambers Jr. pleaded guilty to first-degree manslaughter in the death of 18-year-old Jennifer Levin. Chambers received 5 to 15 years in prison; he was released in 2003 after serving the full sentence.

In 1990, 87 people, most of them Honduran and Dominican immigrants, were killed when fire raced through an illegal social club in New York City.

In 2018, in an interview with “60 Minutes,” adult film star Stormy Daniels said she had been threatened and warned to keep silent about an alleged sexual encounter with Donald Trump in 2006. A fire at a shopping mall in a Siberian city in Russia killed more than 60 people, including 41 children.

Five years ago: Afghan President Ashraf Ghani thanked the U.S. Congress for billions of American tax dollars and vowed his war-wracked country would be self-reliant within the decade.

British singer Zayn Malik shocked his fans by announcing he was quitting the chart-topping band One Direction. 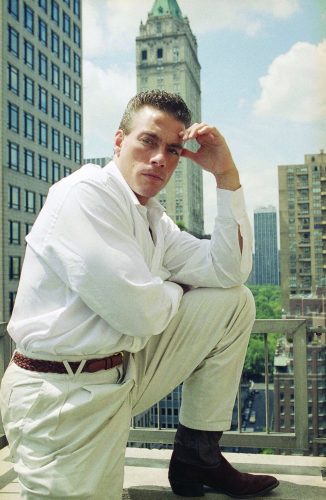