By the Associated Press

On April 5, 1986, two American servicemen and a Turkish woman were killed in the bombing of a West Berlin discotheque, an incident which prompted a U.S. air raid on Libya more than a week later.

In 1915, Jess Willard knocked out Jack Johnson in the 26th round of their fight in Havana, Cuba, to claim boxing’s world heavyweight title.

In 1976, reclusive billionaire Howard Hughes died in Houston at age 70.

In 1988, a 15-day hijacking ordeal began as gunmen forced a Kuwait Airways jumbo jet to land in Iran.

In 1991, former Sen. John Tower, R-Texas, his daughter Marian and 21 other people were killed in a commuter plane crash near Brunswick, Georgia.

In 2001, Wang Zhizhi became the first Chinese player to play in the NBA when he took the court for Dallas against Atlanta.

Ten years ago: North Korea fired a rocket over Japan, defying Washington, Tokyo and others who suspected the launch was a cover for a test of its long-range missile technology. President Barack Obama, visiting Prague, launched an effort to rid the world of nuclear weapons, calling them “the most dangerous legacy of the Cold War.” The Pentagon quietly lifted an 18-year ban on media coverage of fallen U.S. service members.

One year ago: In his first public comments about Stormy Daniels, President Donald Trump said he didn’t know about the $130,000 payment his personal attorney Michael Cohen had made to the porn actress who alleged she had an affair with Trump. In a dramatic escalation of the trade dispute with China, Trump told the U.S. trade representative to consider slapping an additional $100 billion in tariffs on Chinese goods. A Brazilian judge issued an arrest warrant for former President Luiz Inacio Lula da Silva as the once-popular leader tried to mount a political comeback ahead of October elections; da Silva had sought to stay out of prison while he appealed a corruption conviction. A federal immigration raid took 97 people into custody at a Tennessee meat processing plant.

Thought for Today: “I realized a long time ago that a belief which does not spring from a conviction in the emotions is no belief at all.” — Evelyn Scott, American author (1893-1963). 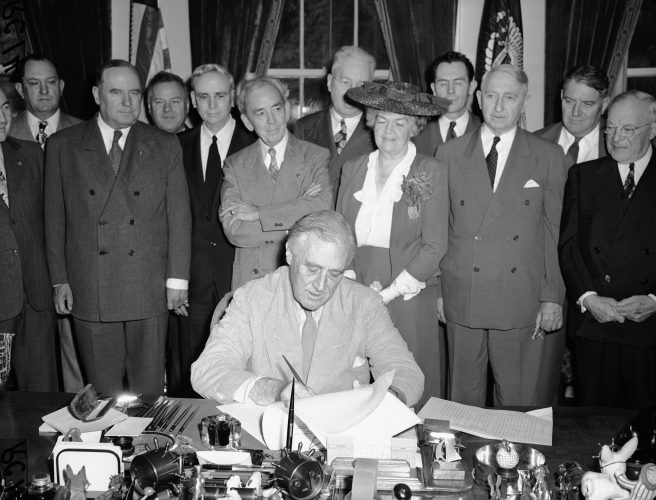