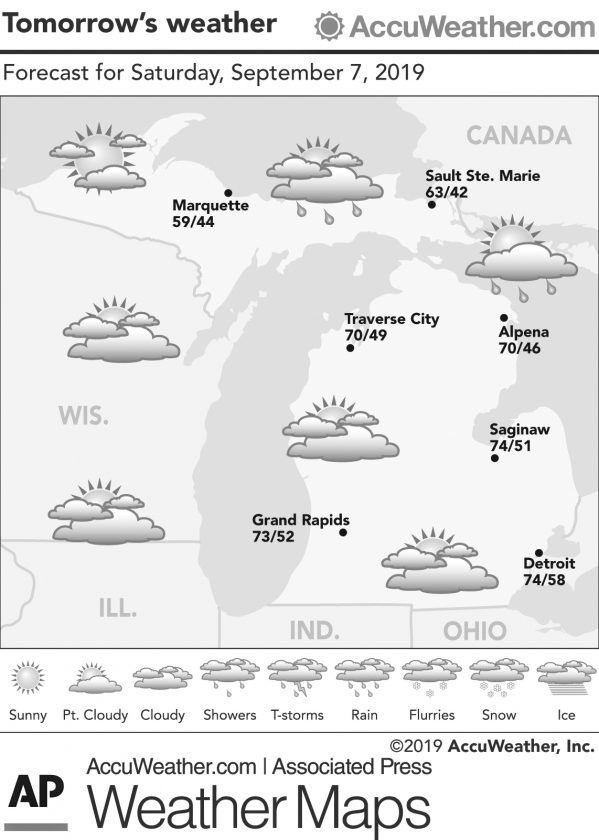 Temperatures: The average temperature Thursday at the National Weather Service office in Negaunee Township was 53 degrees, 7 degrees below normal. The high Thursday was 66 degrees and the overnight low was 40 degrees. 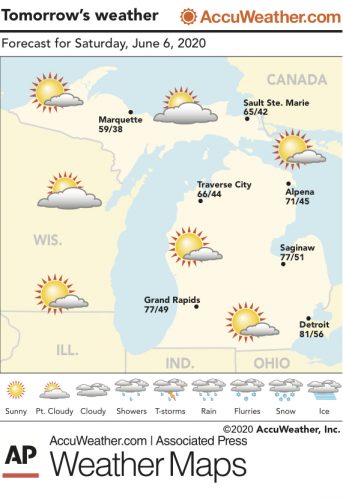 MARQUETTE — The Saginaw is expected at noon Saturday at the Lake Superior & Ishpeming ore dock in ...

Protect all of the people