Today in History: Wilson delivers Treaty of Versailles to Senate in 1919

In 1509, theologian John Calvin, a key figure of the Protestant Reformation, was born in Noyon, Picardy, France.

In 1919, President Woodrow Wilson personally delivered the Treaty of Versailles (vehr-SY’) to the Senate and urged its ratification. (However, the Senate rejected it.)

In 1925, jury selection took place in Dayton, Tennessee, in the trial of John T. Scopes, charged with violating the law by teaching Darwin’s Theory of Evolution. (Scopes was convicted and fined, but the verdict was overturned on a technicality.)

In 1929, American paper currency was reduced in size as the government began issuing bills that were approximately 25 percent smaller.

In 1940, during World War II, the Battle of Britain began as the Luftwaffe started attacking southern England. (The Royal Air Force was ultimately victorious.)

In 1951, armistice talks aimed at ending the Korean War began at Kaesong.

In 1973, the Bahamas became fully independent after three centuries of British colonial rule. John Paul Getty III, the teenage grandson of the oil tycoon, was abducted in Rome by kidnappers who cut off his ear when his family was slow to meet their ransom demands; Getty was released in December 1973 for nearly $3 million.

In 1979, conductor Arthur Fiedler, who had led the Boston Pops orchestra for a half-century, died in Brookline, Mass., at age 84.

In 1985, the Greenpeace protest ship Rainbow Warrior was sunk with explosives in Auckland, New Zealand, by French intelligence agents; one activist was killed. Bowing to pressure from irate customers, the Coca-Cola Co. said it would resume selling old-formula Coke, while continuing to sell New Coke.

In 1999, the United States women’s soccer team won the World Cup, beating China 5-4 on penalty kicks after 120 minutes of scoreless play at the Rose Bowl in Pasadena, California.

In 2002, The House approved, 310-113, a measure to allow airline pilots to carry guns in the cockpit to defend their planes against terrorists (President George W. Bush later signed the measure into law). 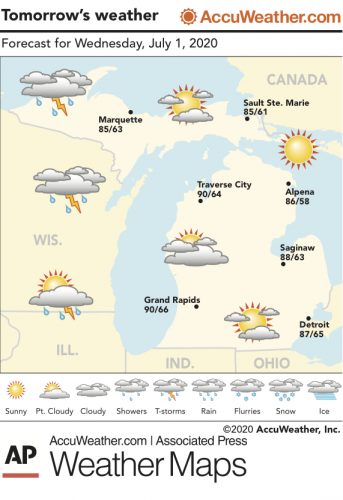 MARQUETTE — The Kaye E. Barker is expected at 8 p.m. Friday at the Lake Superior & Ishpeming ore dock in ... 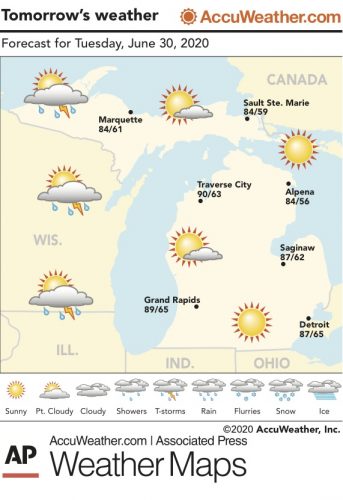