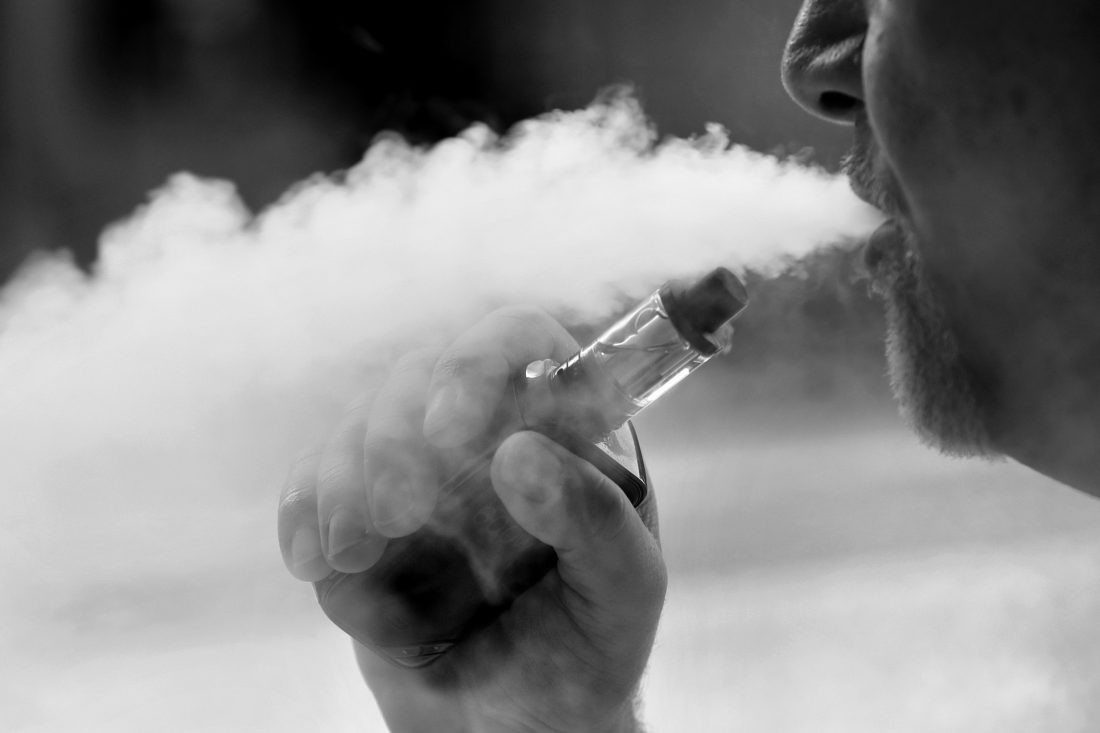 FILE - In this Aug. 28, 2019, file photo, a man exhales while smoking an e-cigarette in Portland, Maine. Health officials investigating a nationwide outbreak of vaping-related illnesses have, for the first time, listed the vape brands that are most commonly linked to hospitalizations. Most of the nearly 2,300 people who has suffered lung damage were vaping liquids that contain THC, the high-inducing part of marijuana. In a report released Friday, Dec. 6 the government listed the THC-containing products that patients most often said theyÕd been using, noting that some patients vaped more than one. (AP Photo/Robert F. Bukaty, File)

NEW YORK — Health officials investigating a nationwide outbreak of vaping illnesses have listed, for the first time, the vape brands most commonly linked to hospitalizations.

Most of the nearly 2,300 people who suffered lung damage had vaped liquids that contain THC, the high-inducing part of marijuana.

In a report released Friday, the U.S. Centers for Disease Control and Prevention listed the products most often cited by patients, noting that some of them said they vaped more than one.

Dank Vapes was the brand used by 56% of the hospitalized patients nationwide.

Dank is not a licensed product coming from one business, it is empty packaging that can be ordered from Chinese internet sites. Illicit vaping cartridge makers can buy the empty packages and then fill them with whatever they choose.

“It’s not likely that a single brand is responsible for this outbreak,” said Brian King, a senior CDC official on the investigation.

Some of the brands cited by the CDC are sold in states with legalized marijuana. But counterfeits of those legitimate brands have flooded the market around the country, forcing some to redesign their packaging.

Bill Loucks, co-founder of TKO Products, said his company sells only to licensed dispensaries in California, but the company gets emails asking about TKO-branded cartridges purchased elsewhere.

“If you bought them outside of California … you are the proud owner of fakes,” Loucks said in an email.

The CDC also said Friday that the worst of the outbreak may be over. Preliminary data indicates hospitalizations peaked in mid-September and have been declining since, officials said.

Investigators want more data until they feel certain the outbreak is waning. If it is, there may be more than one reason, including growing public caution about vaping or perhaps a change in what cartridge makers are putting into them, King said.

But cases are still coming in, with 2,291 reported this year — including 176 that joined the tally in late November. Every state has reported cases, and 25 states and the District of Columbia have reported a total of 48 deaths.

Symptoms include trouble breathing, chest pain, fatigue and vomiting. About half the patients are people in their teens or early 20s.

The outbreak appears to have started in March. CDC officials have gradually come to focus their investigation on black-market THC cartridges.

An analysis of about 1,800 of the hospitalized patients found about 80% said they used at least one THC product. Last month, CDC officials said they had narrowed in on a culprit — a chemical compound called vitamin E acetate that has been commonly found in the lungs of sick patients and in the products they vaped.

Vitamin E acetate is a thickening agent that’s been added to illicit THC vaping liquids. But it’s possible it also may have been added to vaping liquids containing CBD, another cannabis extract, King said. About 1% of the patients said they had vaped CBD products only.

The agency is recommending that people do not use any electronic cigarettes or vaping products that contain THC, especially those obtained from friends, family members or black market dealers.

However, 13% of patients said they vaped only nicotine. CDC officials are continuing to look at nicotine-containing vapes, and to advise caution about all types of vaping products until the investigation is concluded, King said. 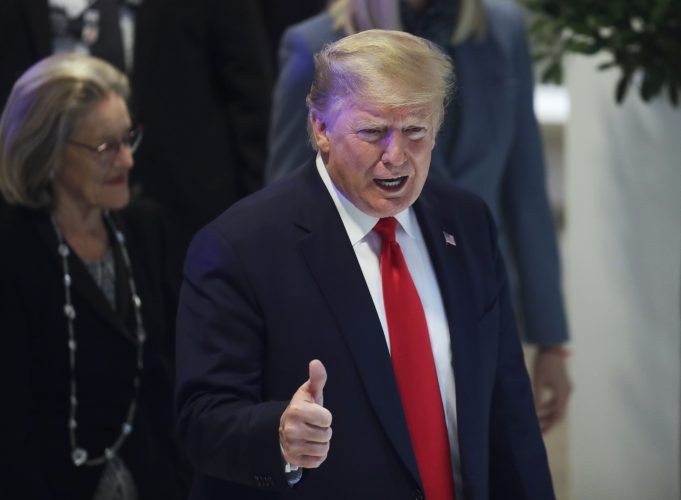