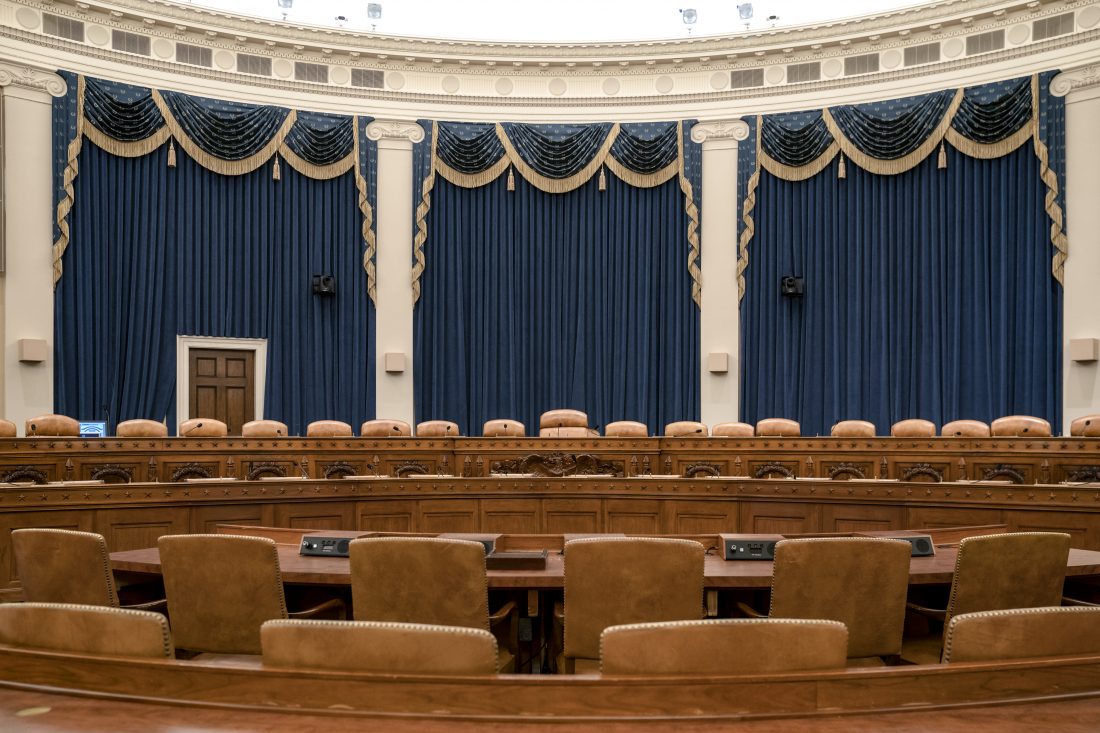 The House Ways and Means Committee hearing room, the largest hearing room in the House, is seen on Capitol Hill in Washington, Friday, Nov. 8, 2019. Rep. Adam Schiff, chairman of the House Intelligence Committee, will use this room to hold the first public session in its probe of whether President Donald Trump violated his oath of office by coercing Ukraine to investigate political rival Joe Biden and his family. (AP Photo/J. Scott Applewhite)

WASHINGTON (AP) — For only the fourth time in U.S. history, the House of Representatives has started a presidential impeachment inquiry. House committees are trying to determine whether President Donald Trump violated his oath of office by asking Ukraine to investigate political rival Joe Biden’s family and the 2016 U.S. presidential election all while the White House was withholding military aid to the East European ally that borders Russia.

A quick forecast of what’s coming this week:

Americans will have their first public view of the impeachment inquiry, as the proceedings emerge from the secure closed-door facility in the Capitol basement to live hearings.

What’s unclear, though, is what people will see in two days of hearings . Will the proceedings serve as a clarifying moment for the country, when a common narrative emerges over the president’s actions and whether or not they are, in fact, impeachable? Or in this era of peak partisanship, will the days devolve into a reality-TV episode showcasing the divide?

Unlike Watergate in the 1970s or even Bill Clinton’s impeachment in the 1990s, Americans consume their news at different times and in different ways, making it hard to know if this week will produce a where-were-you-when moment.

Once little-known State Department officials are about to become household names as they testify publicly in the impeachment inquiry.

Taylor, a Vietnam War veteran who has spent 50 years in public service, will set the tone as the first witness. All three have testified in the closed setting, defying the White House’s instructions not to comply. But they are providing a remarkably consistent account of the Trump administration’s actions.

Republicans want to hear from others , including Biden’s son Hunter, as well as the anonymous government whistleblower who sparked the impeachment inquiry, but Democrats who have majority control are not likely to agree to those requests.

Republicans have struggled to articulate a unified defense of Trump. Democrats have had difficulty synthesizing their arguments into a simple narrative for the public.

Both will be sharpening efforts to persuade American voters.

Rep. Jim Himes, D-Conn., said Sunday on NBC’s “Meet the Press” what the public will hear is “immensely patriotic, beautiful articulated — articulate people telling the story of a president who — let’s forget quid pro quo; quid pro quo is one of these things to muddy the works — who extorted a vulnerable country by holding up military aid.”

But Republicans have focused their attacks with a resolution criticizing the House process. Some in the party want to reveal the name of the government whistleblower.

Sen. Lindsey Graham, R-S.C., said on “Fox News Sunday, “I consider any impeachment in the House that doesn’t allow us to know who the whistleblower is to be invalid, because without the whistleblower complaint, we wouldn’t be talking about any of this.”

Graham added that there’s a “need for Hunter Biden to be called to adequately defend the president. And if you don’t do those two things, it’s a complete joke.”

WHAT WILL TRUMP DO?

For those watching television Wednesday afternoon, the president is offering some counterprogramming to the impeachment inquiry’s public hearing: a joint news conference with Turkey’s president, Recep Tayyip Erdogan, amid strains in relations between the two nations.

On impeachment, the president tried to give his allies on Capitol Hill some talking points Sunday, tweeting out his advice for how they should defend him — namely by insisting, as he did, that his call with the Ukrainian president was “PERFECT.”

“Read the Transcript!” Trump intoned on Twitter. “There was NOTHING said that was in any way wrong. Republicans, don’t be led into the fools trap of saying it was not perfect, but is not impeachable. No, it is much stronger than that. NOTHING WAS DONE WRONG!”

The White House released a rough transcript of his July call and Trump also says he will release, probably on Tuesday, an account of an April phone call he had with Ukraine’s leader, Volodymyr Zelenskiy, soon after Zelenskiy won election. 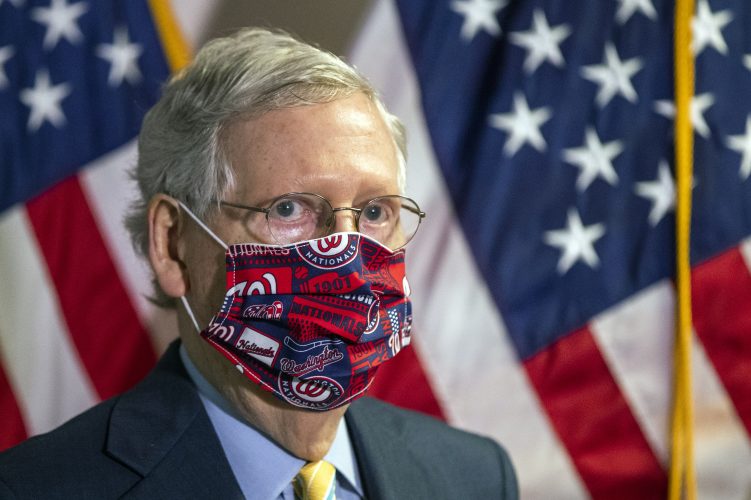