Driver with record charged with 7 homicides in biker crash 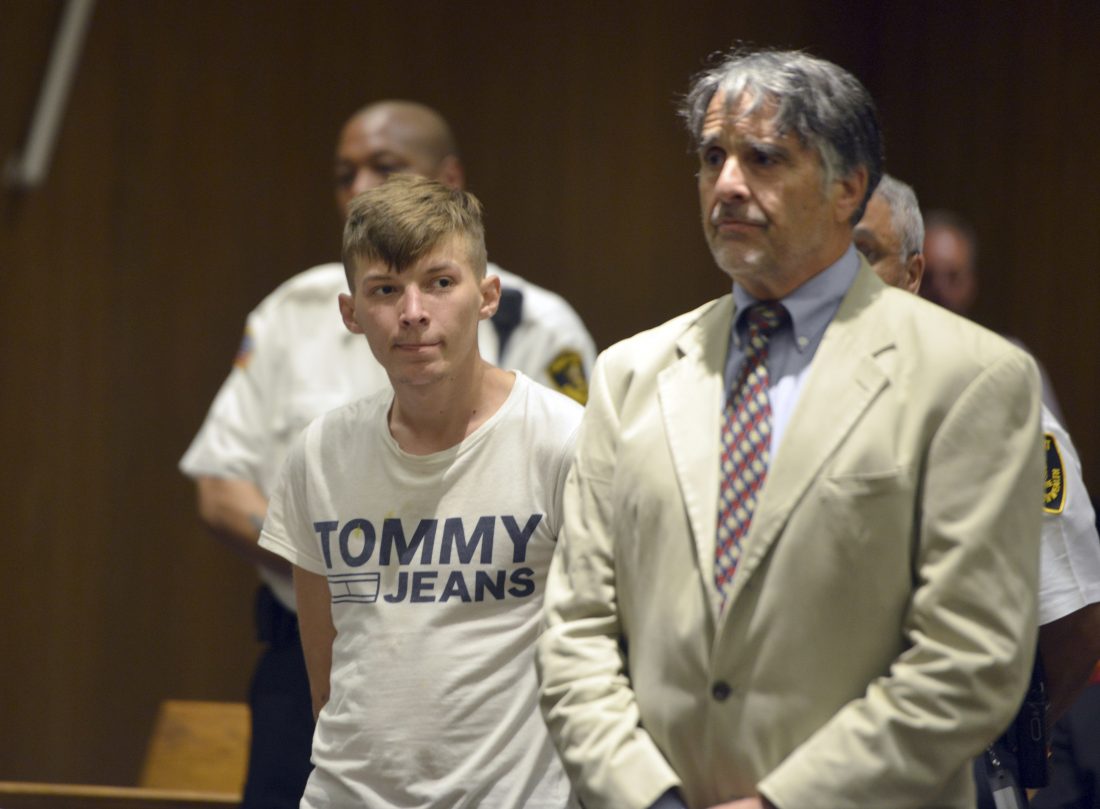 CORRECTS TO SPRINGFIELD NOT HAMPTON DISTRICT COURT - Volodymyr Zhukovskyy, 23, of West Springfield, stands with his attorney Donald Frank during his arraignment in Springfield District Court, Monday, June 24, 2019, in Springfield, Mass. Zhukovskyy, the driver of a truck in a fiery collision on a rural New Hampshire highway that killed seven motorcyclists, was charged Monday with seven counts of negligent homicide. (Don Treeger/The Republican via AP, Pool)

CONCORD, N.H. (AP) — The driver of a pickup truck in a fiery collision on a rural New Hampshire highway that killed seven motorcyclists was charged Monday with seven counts of negligent homicide, and records show he was stopped on suspicion of drunken driving last month and in 2013.

He was handed over to New Hampshire authorities after a brief court appearance Monday in Springfield, Massachusetts. Zhukovskyy looked down at his feet as he was led into the courtroom with his hands cuffed behind his back.

Connecticut prosecutors say he was arrested May 11 in an East Windsor Walmart parking lot after failing a sobriety test. Officers had responded to a complaint about a man who was revving his truck engine and jumping up and down outside the vehicle.

Zhukovskyy’s lawyer in that case, John O’Brien, said he denies being intoxicated and will fight the charge. Zhukovskyy refused to submit to a blood test, prosecutors said.

Additionally, Zhukovskyy was arrested on a drunken driving charge in 2013 in Westfield, Massachusetts, state motor vehicle records show. He was placed on probation for one year and had his license suspended for 210 days, The Westfield News reported.

Records from the Federal Motor Carrier Safety Administration indicate that the company Zhukovskyy was driving for, Westfield Transport, has been cited for various violations in the last two years, MassLive.com reported .

There were two instances where drivers were in possession of narcotic drugs. Other violations including a driver without a commercial driver’s license, one for speeding and another for defective brakes.

The company did not respond to repeated requests for comment.

A man who answered the phone at the home of Zhukovskyy’s family and would identify himself only as his brother-in-law said Monday that the family is in shock and feeling the same pain as everyone else but couldn’t say whether the driver was right or wrong.

Since the accident, the brother-in-law said, Zhukovskyy had remained in his room, not eaten and talked to no one.

Zhukovskyy’s pickup truck, towing a flatbed trailer, collided with a group of 10 motorcycles Friday on a two-lane highway in the northern New Hampshire community of Randolph, investigators said. The truck was traveling west when it struck the eastbound group of motorcycles.

The victims were members or supporters of the Marine JarHeads, a New England motorcycle club that includes Marines and their spouses, and ranged in age from 42 to 62.

Four were from New Hampshire, two from Massachusetts and one from Rhode Island.

George Loring, a JarHeads member who lives in Hingham, Massachusetts, and was a few hundred yards from the crash, said Zhukovskyy has “got to live with it for the rest of his life.”

“Everyone’s suffering so much,” Loring said. “It’s so sad for the brothers and sisters who died. You can be angry at him, you can be whatever. I don’t know. I’m glad he’s been arrested.”

Joseph Mazza, whose nephew Albert Mazza Jr. was killed in the crash, welcomed the arrest but called it a poor consolation for the loss of a loved one.

“As long as he pays a price. He has caused lot of harm to a lot of families,” Mazza said from his Haverhill home. “If he has a problem, he shouldn’t be on the road.

“If he is a bad actor, he doesn’t belong on the street. He caused enough of a tragedy. Enough is enough.”

Authorities have only said they are investigating the cause of the collision.

JarHeads president Manny Ribeiro, who survived the crash, said the group had just finished dinner and was heading to a fundraiser at an American Legion post in nearby Gorham. A total of 21 riders and 15 motorcycles were in the group. Mazza, who was riding next to Ribeiro, was among those hit by the truck.

“It was just an explosion … with parts and Al and everything flying through the air,” he said. “He turned hard left into us and took out pretty much everyone behind me. The truck and trailer stayed attached and that is why it was so devastating … because the trailer was attached and it was such a big trailer, it was like a whip. It just cleaned us out.”

After the crash, Ribeiro recalled seeing Zhukovskyy “screaming and running around” in the middle of the road before he was taken away by authorities. Motorcycles and bodies were everywhere, he said, and several people were yelling at Zhukovskyy, demanding to know what he had just done.

“It was very surreal,” he said, adding that he had put a tourniquet on the leg of one rider who remains hospitalized in Maine.

“I saw Al. I knew he was gone right away,” he continued. “At that point, we just tried to figure out who needed help and got to work. There was debris everywhere and the truck was on fire. I was just looking for survivors, familiar faces and trying to find out who I had lost and … trying to help the living.”

Zhukovskyy was questioned at the scene of Friday’s crash and allowed to return to Massachusetts, the National Transportation Safety Board has said.

Some things to know about July 15 tax deadline

(AP) — It’s time to do your taxes — no more delays. As the coronavirus pandemic took hold this spring, the ... 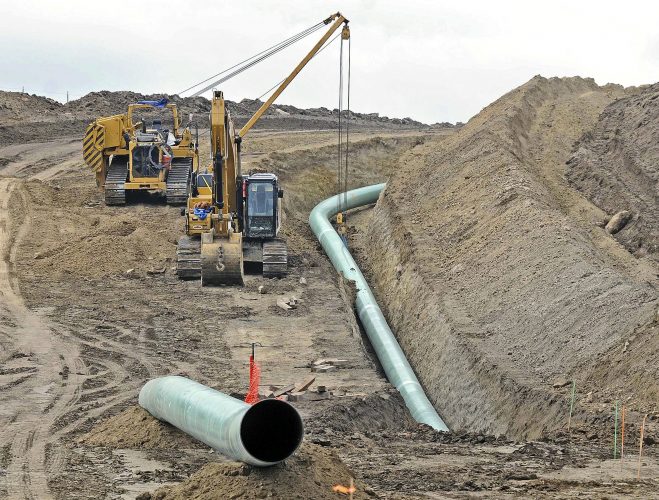 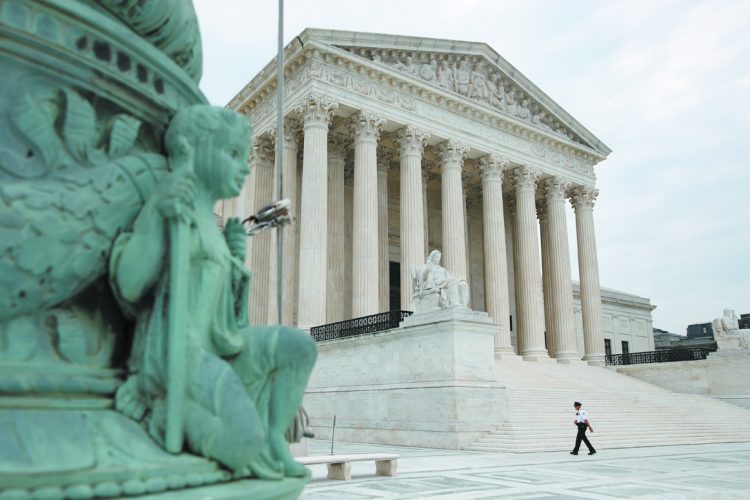 MINNEAPOLIS (AP) — A former Minneapolis police officer charged in the killing of George Floyd has been released ...