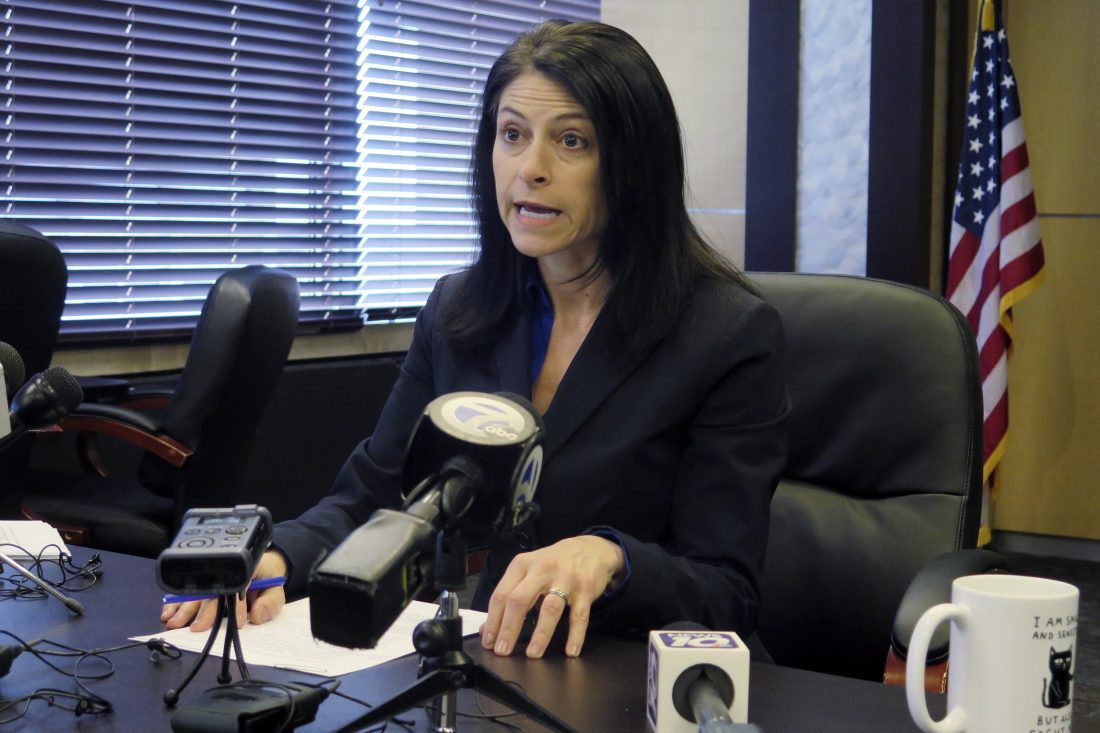 LANSING (AP) — Michigan’s top law enforcement official unveiled several changes she hopes to make to policing in the state, including a public registry of verified police misconduct claims meant to increase transparency and prevent problem officers from getting rehired in law enforcement elsewhere.

Attorney General Dana Nessel announced seven proposals as part of her effort to increase accountability at law enforcement agencies throughout the state following the death of George Floyd while in police custody in Minneapolis and the widespread protests over racial inequality that his death inspired.

“We must do more than just condemn bigotry and acts of excessive force committed by law enforcement officers. We must act,” Nessel said in a news release. “Making meaningful and concrete changes doesn’t end here, but it’s crucial that we move first with measures which create better accountability and more transparency to the actions of law enforcement here in Michigan.”

Among other things, Nessel wants to bar law enforcement agencies from being able to remove disciplinary actions from officers’ personnel files. She has also proposed amending the Public Employee Benefits Forfeiture Act so that officers would lose their retirement benefits if convicted of a felony related to misconduct while on duty.

Under another proposal, law enforcement agencies would have to report data on the use of force, including data pertaining to race, sex, religion, nationality, disability, gender identity, sexual orientation and age. For deaths involving the actions of law enforcement, there would be an independent investigative and prosecutorial process.

Gov. Gretchen Whitmer on Friday announced that there would be changes to the makeup of the Michigan Commission on Law Enforcement Standards, which oversees the licensing of law enforcement officers. The commission is currently made up almost entirely of people in law enforcement, but the governor said the head of the state Department of Civil Rights and three other people who aren’t in law enforcement will get seats.

Nessel said in a news release Tuesday that the commission lacks sufficient authority to revoke the licenses of officers who fail to serve ethically and that she seeks to change that under her proposals. For officers to maintain their licenses, they would be required to participate in continued de-escalation and bias training. She also would task the commission with maintaining the public police misconduct registry she’s proposing.

“The role and responsibility of police officers in our society is a great one; one in which our authority is derived from the trust and support of the people we serve, which means we need to be responsive and accountable, willing to listen and take action for the betterment of all,” Gasper said.

LANSING — Do you have the juice to drive along Michigan streets, roads and highways? The state Department of ...

WAYLAND, Mich. (AP) — Two western Michigan boys who found a wallet filled with cash are being praised for turning ...

TRAVERSE CITY — An elected official in a mostly white county in northern Michigan who used a racist slur prior ...

CHESTONIA TOWNSHIP, Mich. (AP) — Two snowmobilers have won a key decision in a lawsuit over injuries in an ...