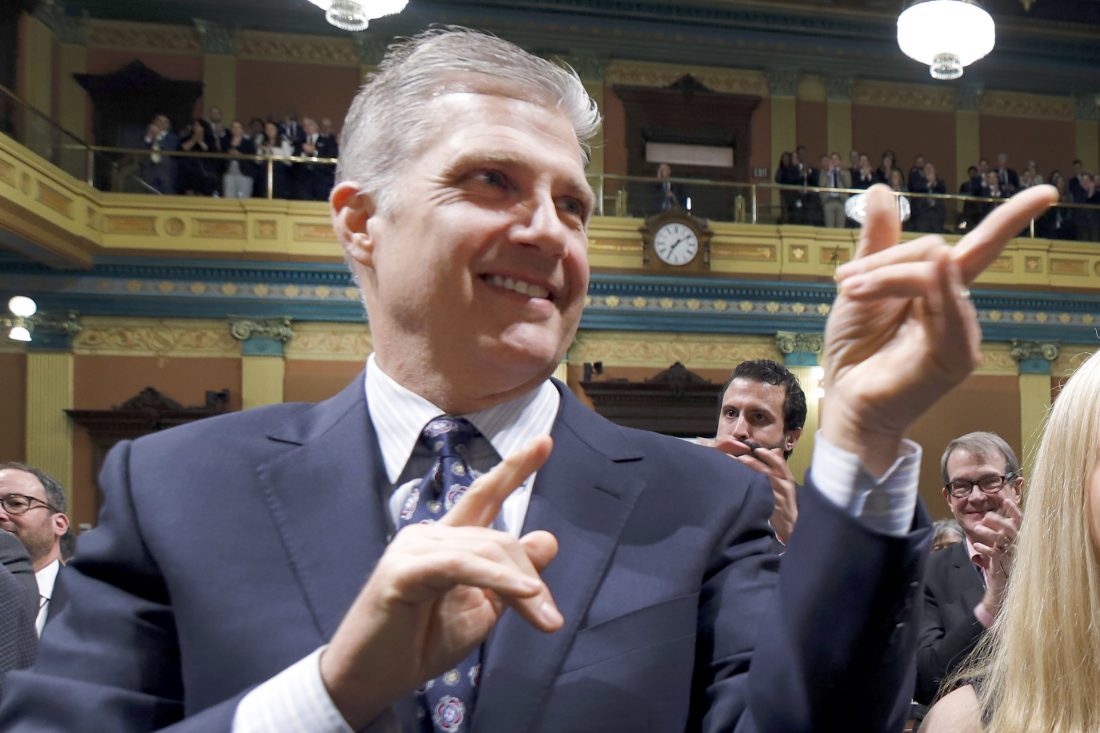 FILE - In this Feb. 12, 2019, file photo, Marc Mallory, Michigan Gov. Gretchen Whitmer's husband, reacts, as she delivers her State of the State address to a joint session of the House and Senate, in Lansing, Mich. Michigan Gov. Gretchen Whitmer's husband urged a business to get his boat in the water in time for Memorial Day weekend, according to social media posts, while she was publicly telling cooped-up residents to resist flocking to popular vacation areas during the coronavirus pandemic. (AP Photo/Al Goldis, File)

DETROIT (AP) — Michigan Gov. Gretchen Whitmer acknowledged Tuesday that her husband dropped her name in an effort to get his boat in the water for Memorial Day weekend but said it simply was a “failed attempt at humor” during a phone call with a recreation business.

“He thought it might get a laugh. It didn’t,” Whitmer said, “and to be honest I wasn’t laughing either when it was relayed to me because I knew how it would be perceived.”

At a news conference, Whitmer responded to reports that began with Facebook posts by the owner of NorthShore Dock in northern Michigan. Tad Dowker said his staff took a call last week from Whitmer’s husband, Marc Mallory.

“There was a gentleman on hold who wanted his boat in the water before the weekend,” Dowker posted, according to The Detroit News. “Being Memorial weekend and the fact that we started working three weeks late means there is no chance this is going to happen.

“Well our office personnel had explained this to the man and he replied, ‘I am the husband to the governor, will this make a difference?'” Dowker wrote.

NorthShore Dock subsequently said on Facebook that Mallory was respectful and understood why the company couldn’t quickly get his boat in the water, the News reported.

Whitmer and Mallory own a home in the Elk Rapids area.

While the Democratic governor has lifted coronavirus-related restrictions on residents taking road trips, especially traveling to second homes in the woods and waters of northern Michigan, she doesn’t encourage it, saying the virus is highly contagious and could overwhelm small-town hospitals.

“My husband made a failed attempt at humor last week when checking in with a small business that helps with our boat and dock up north,” Whitmer said, reading a statement.

“Knowing it wouldn’t make a difference, he jokingly asked if being married to me might move him up in the queue. … He regrets it. I wish it wouldn’t have happened, and that’s really all we have to say about it.”

The governor said her family has been staying home “these last couple of months.”

But in response to a question moments later, Whitmer said Mallory has been in Antrim County to rake leaves at their property and stayed for one or two nights.

The Republican National Committee released a statement that had a drawing of a sail with the message, “Whitmer Yacht Club. Lockdown for thee. Open waters for me.”

Whitmer has been mentioned as a possible running mate for Democratic presidential candidate Joe Biden.

GULL LAKE, Mich. (AP) — A man was fatally struck by a boat while swimming in a western Michigan lake over the ... 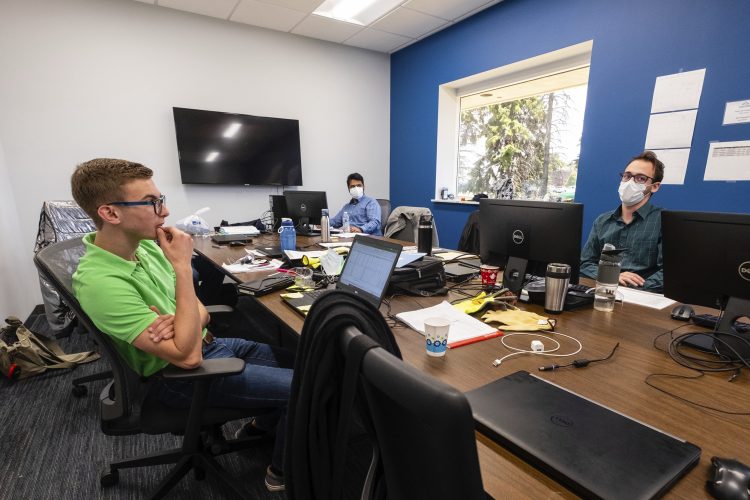