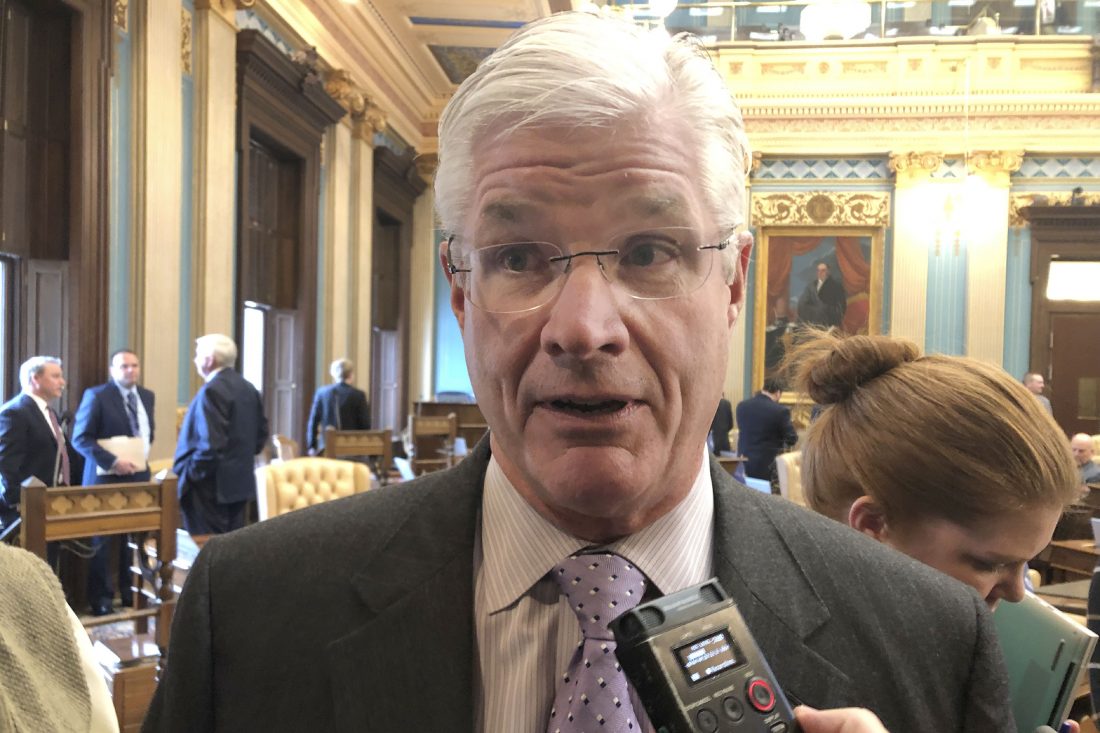 FILE - In this Dec. 10, 2019, file photo, Michigan Senate Majority Leader Mike Shirkey, R-Clarklake, speaks to reporters inside the Senate in Lansing, Mich. Shirkey is opposing legislation that would ease Michigan election clerks' ability to process an expected influx of absentee ballots, saying it would set a "dangerous precedent." Shirkey's stance — announced Wednesday, Feb. 19, 2020,— makes it unlikely that the proposed change will be enacted before the November presidential election. (AP Photo/David Eggert, File)

LANSING — A top Republican lawmaker on Wednesday came out in opposition to legislation that would ease Michigan election clerks’ ability to process an expected surge of absentee ballots and avoid a delay in releasing results, saying it would set a “dangerous precedent.”

Local officials want legislators to let them start opening return envelopes for absentee ballots the day before Election Day. The actual ballots would still stay inside secrecy envelopes until counting on Election Day.

As of Tuesday, the number of absentee ballot applications was at 703,400 for the March 10 presidential primary, up 70.5% from 412,425 at the same poin tin 2016. The figures have jumped since voters approved a ballot initiative in 2018 that allows people to vote absentee for any reason, according to Democratic Secretary of State Jocelyn Benson’s office. The number of returned ballots was at 245,874 three weeks before the primary, up 48% from 165,947 four years ago.

While the bill was not expected to be approved in time for the primary, Senate Majority Leader Mike Shirkey’s stance means the proposed change may not be enacted before the November presidential election in a key battleground presidential state.

Shirkey, of Clarklake,said he understands clerks’ concerns, but he wants to see how the current process works.

“I don’t necessarily think we should be trying to solve a problem before it actually occurs, number one,” he told reporters. “And number two, what’s being proposed in terms of them setting them up by partially opening, I believe that’s the nose of the camel underneath the tent toward early voting, early counting — which I’m very opposed to. … If I had to choose between early voting, early counting versus late reporting, I’ll take late reporting all day long.”

When asked if he will sign off on the legislation, which cleared the GOP-led Senate Elections Committee on a 5-0 vote last week, Shirkey said: “I think it’s a dangerous precedent.” The bill and another one, which would let clerks have a subsequent shift of workers in absentee voter counting boards as long as no one leaves until after the polls close, are sponsored by Republican Sen. Ruth Johnson of Holly, a former secretary of state.

The measures would apply to cities or townships with at least 10,000 registered voters.

Johnson said some municipalities will have to handle between 60,000 and 80,000 absentee ballots. Allowing them to pre-process ballots a day earlier would save time, she said.

“I think this strikes the perfect balance of protecting integrity and giving the clerks some tools to be able to get ready for the processing of the ballots only on Election Day starting at 7 a.m. when the polls open,” she said.

Benson has urged lawmakers to let absentee ballots be counted before Election Day.

“Sen. Shirkey is ignoring simple math, facts and the expertise of the clerks who administer our elections,” spokesman Jake Rollow said. “He’s also posturing to make the bills that recently passed the Senate Elections Committee look like the middle ground when experts unanimously say they don’t go far enough.”

Johnson, who was secretary of state from 2011 through 2018, said she had not had an opportunity to discuss her bills with Shirkey, adding that there is “some confusion” on the difference between processing ballots and getting them ready to be processed. 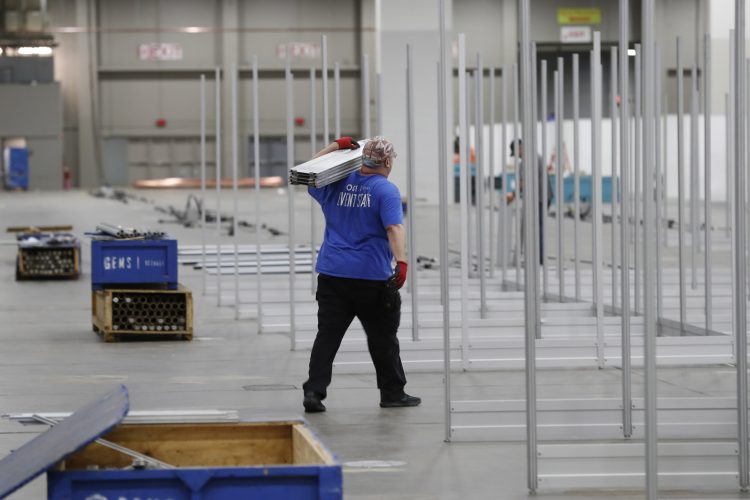