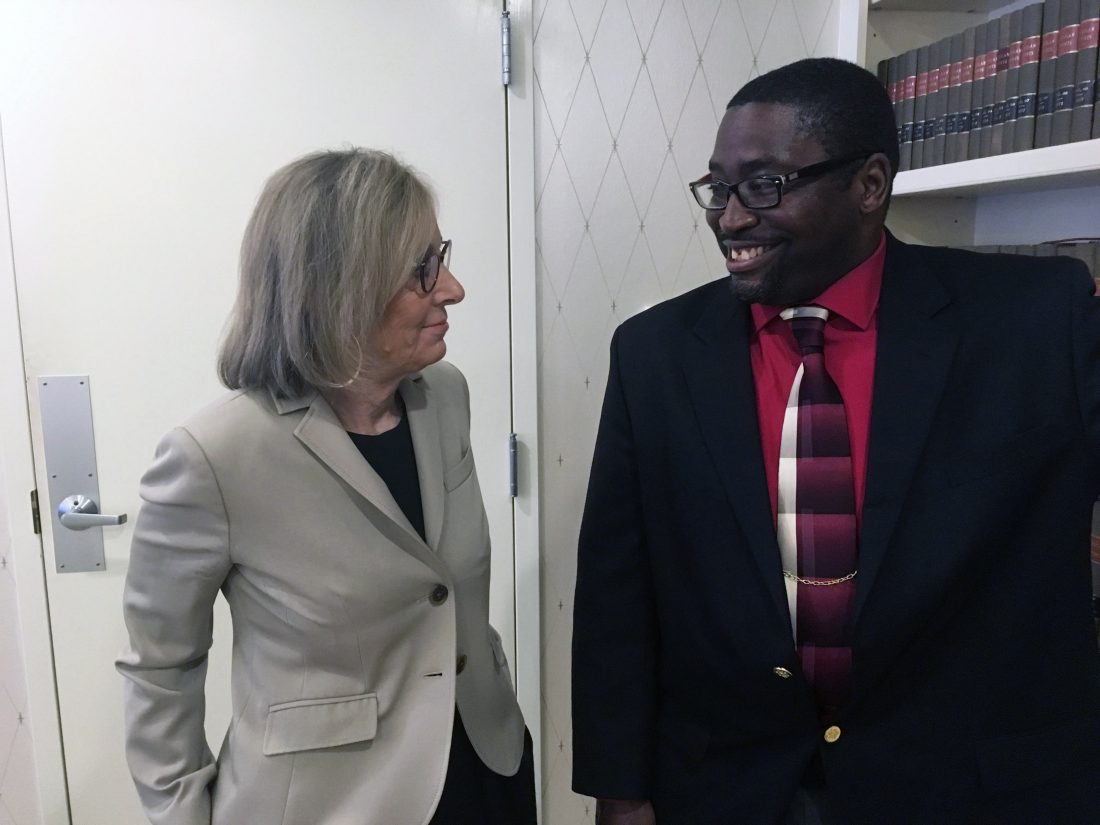 LIVONIA (AP) — A Detroit-area bank that suspected fraud and refused to cash $99,000 in checks from a black Air Force veteran said Thursday that it mishandled the incident and should not have called police.

Sauntore Thomas attempted to deposit checks from the settlement of a discrimination lawsuit against a former employer. He said he felt humiliated Tuesday when staff at a TCF Bank in Livonia became suspicious and summoned police.

TCF spokesman Tom Wennerberg said the checks didn’t appear to be legitimate when bank staff scanned them, and that Thomas’ account had only a 52-cent balance and no recent activity.

Wennerberg denied racial bias but said the bank in hindsight should have accepted the checks and told Thomas there might be an “extended hold” until they could be validated.

Instead, four officers arrived after bank officials called police, though no action was taken against Thomas.

Thomas’ lawyer, Deborah Gordon, provided documents to show that her client had been involved in a lawsuit. But she said it didn’t allay TCF’s concerns.

“We apologize for the experience Mr. Thomas had at our banker center. Local police should not have been involved,” TCF said in a written statement Thursday, hours after the Detroit Free Press first reported the dispute.

“We strongly condemn racism and discrimination of any kind,” the bank said. “We take extra precautions involving large deposits and requests for cash, and in this case, we were unable to validate the checks presented by Mr. Thomas and regret we could not meet his needs.”

Thomas said he controlled his emotions during the bank visit.

“I didn’t start cussing and hollering. I didn’t say anything. I was very composed, even though it was a very stressful situation to be in, especially in today’s racial times,” Thomas said. “With being African American, sometimes you don’t have to do nothing to be in trouble. And that’s what I felt like.”

He took the checks to a Chase Bank, where they cleared in a new account.

“Those checks couldn’t have been more solid,” she said. “I mean, it’s a ridiculous joke that some nationwide company is going to be handing out fraudulent checks to me, that I’m going them pass on to my client. So obviously, they didn’t believe my client. It’s obvious.”