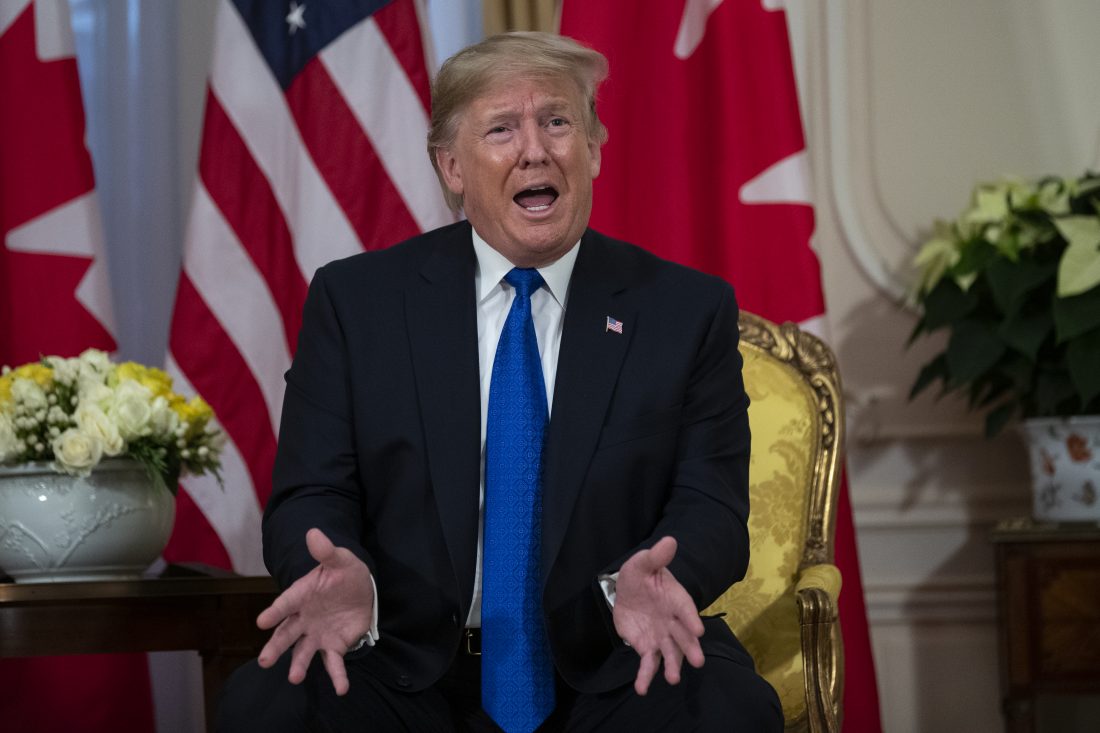 WASHINGTON (AP) — The House Judiciary Committee is moving swiftly to weigh findings by fellow lawmakers that President Donald Trump misused the power of his office for personal political gain and then obstructed Congress’ investigation as possible grounds for impeachment.

Responsible for drafting articles of impeachment, the Judiciary Committee prepared today for its first hearing since the release of a 300-page report by Democrats on the House Intelligence Committee that found “serious misconduct” by the president.

The report did not render a judgment on whether Trump’s actions stemming from a July 25 phone call with Ukraine’s president rose to the constitutional level of “high crimes and misdemeanors” warranting impeachment. That is for the full House to decide.

But its findings involving Trump’s efforts to seek foreign intervention in the American election process provide the basis for a House vote on impeachment and a Senate trial carrying the penalty of removal from office.

“The evidence that we have found is really quite overwhelming that the president used the power of his office to secure political favors and abuse the trust American people put in him and jeopardize our security,” Intelligence Committee Chairman Adam Schiff, D-Calif., told The Associated Press.

“It was a difficult decision to go down this road, because it’s so consequential for the country,” Schiff said. But “the president was the author of his own impeachment inquiry by repeatedly seeking foreign help in his election campaigns.”

Schiff added: “Americans need to understand that this president is putting his personal political interests above theirs. And that it’s endangering the country.”

The session today with legal scholars will delve into possible impeachable offenses, but the real focus will be on the panel, led by Chairman Jerrold Nadler, D-N.Y., and made up of a sometimes boisterous, sharply partisan division of lawmakers.

In a 53-page opening statement obtained by the AP, Republican witness Jonathan Turley, a law professor at George Washington University, will say that the Democrats are bringing a “slipshod impeachment” case against the president based on secondhand information. Still, Turley doesn’t excuse the president’s behavior.

“It is not wrong because President Trump is right,” according to Turley. He calls Trump’s call with Ukraine “anything but ‘perfect,” as the president claims. “A case for impeachment could be made, but it cannot be made on this record,” he says.

The remaining three witnesses, all called by Democrats, will argue for impeachment, according to statements obtained by the AP.

Michael Gerhardt of the University of North Carolina at Chapel Hill argues, “If Congress fails to impeach here, then the impeachment process has lost all meaning.”

The political risks are high for all parties as the House presses only the fourth presidential impeachment inquiry in U.S. history.

In a statement, White House press secretary Stephanie Grisham said, “Chairman Schiff and the Democrats utterly failed to produce any evidence of wrongdoing by President Trump.” She said the report “reads like the ramblings of a basement blogger straining to prove something when there is evidence of nothing.”

Trump, attending a NATO meeting in London, called the impeachment effort by Democrats “unpatriotic” and said he wouldn’t be watching today’s hearing.

The “Trump-Ukraine Impeachment Inquiry Report” provides a detailed, stunning, account of a shadow diplomacy run by Trump attorney Rudy Giuliani, resulting in layers of allegations that can be distilled into specific acts, like bribery or obstruction, and the more amorphous allegation that Trump abused his power by putting his interests above the nation.

Superintendent will be paid

KALKASKA, Mich. (AP) — A school district in northern Michigan will pay its superintendent while he's on leave ...