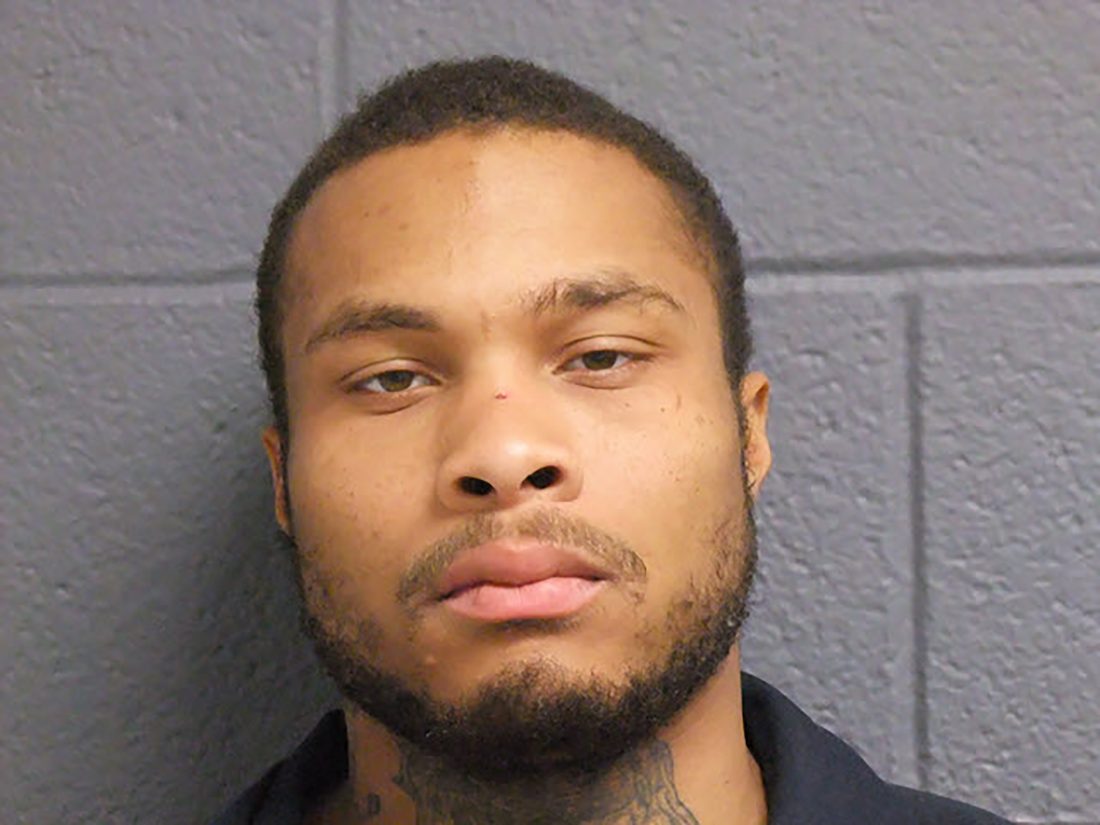 In this Nov. 25, 2019 photo provided by the State of Michigan Department of Corrections is JuJuan Parks. Parks, a convicted felon has been charged in the fatal shooting last month of a Detroit police officer Rasheen McClain and the wounding of another as they searched for him following a home invasion. Parks could be arraigned as early as Tuesday, Dec. 3 on 16 charges, including first-degree premeditated murder. (State of Michigan Department of Corrections via AP)

DETROIT (AP) — A convicted felon was arraigned in the fatal shooting of a Detroit police officer and the wounding of another as they searched for him following a home invasion on the city’s west side, according to the Wayne County prosecutor’s office.

JuJuan Parks, 28, was in 36th District Court Thursday. He faces 16 charges including first-degree premeditated murder and three counts of assault with intent to murder.

Officer Rasheen McClain was shot in the neck Nov. 20 and later died at a hospital. His partner, Officer Phillippe Batoum-Bisse, was shot in the leg as he, McClain and two other officers descended basement stairs to look for Parks.

Parks was looking for an estranged girlfriend at the home, which police believe he shot at about two weeks earlier, Chief James Craig said.

When officers arrived, people who had fled the home told them there was a man inside with a gun.

Craig has said that Parks baited the officers to come down the stairs and fired twice from an assault-type rifle before trying to flee.

He was arrested about a block away.

A probable cause conference was scheduled for Dec. 19.

Parks’ preliminary examination is expected to be held Dec. 23.

Craig has said he may be connected to several earlier shootings, including the fatal shooting of a 31-year-old man on Detroit’s east side.

The prosecutor’s office has declined to comment on other ongoing investigations related to Parks.

Superintendent will be paid

KALKASKA, Mich. (AP) — A school district in northern Michigan will pay its superintendent while he's on leave ...