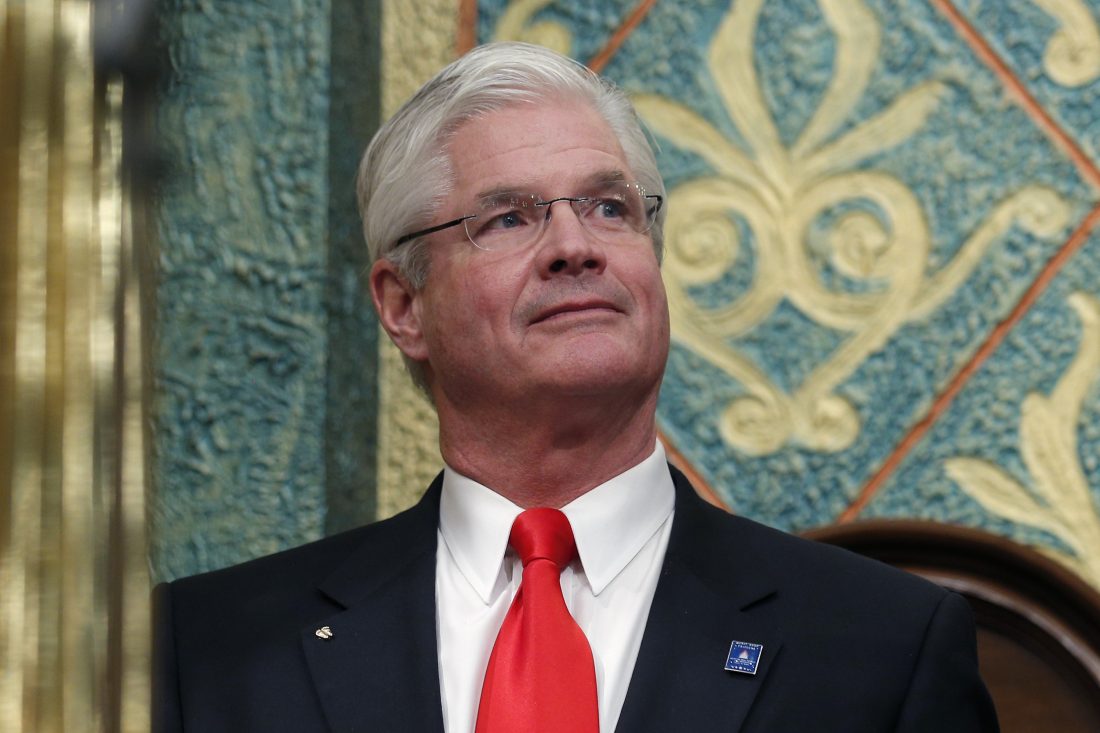 FILE - In this Feb. 12, 2019 file photo, state Senate Majority Leader Mike Shirkey, R-Clarklake, watches during the State of the State address at the state Capitol in Lansing, Mich. Shirkey is drawing criticism after a college newspaper quoted him using an expletive to describe Gov. Gretchen Whitmer and Democratic lawmakers as "crazy." (AP Photo/Al Goldis, File)

LANSING (AP) — A Republican legislative leader in Michigan apologized Thursday for using an expletive to describe Democratic Gov. Gretchen Whitmer as crazy, saying it was “disrespectful and unnecessary.”

The Collegian at Hillsdale College quoted Senate Majority Mike Shirkey’s comments to Republican students last week. He combined the word “bat” and an obscenity while saying Whitmer and Democratic lawmakers are on the “crazy spectrum.”

“I reached out to Governor Whitmer directly and apologized for my comments,” Shirkey said in a written statement. “I regret what I said. In times of peak frustration we often say things we don’t mean, but that’s no excuse for my offensive statement. It was disrespectful and unnecessary.”

Whitmer is in Israel on a trade trip, while legislators are taking a multi-week break for deer hunting and Thanksgiving. Whitmer spokesman Zack Pohl called Shirkey’s comments sexist and likened him to President Donald Trump, saying “it seems clear that women in power make the Senate majority leader very uncomfortable.”

Lonnie Scott, executive director of the liberal group Progress Michigan, called Shirkey’s behavior “inappropriate, highly sexist and completely out of line. This isn’t how the leader of Michigan’s Senate should be speaking to anyone, let alone a group of students.”

Whitmer and the GOP-controlled Legislature have been at odds during a budget impasse that culminated with her vetoing nearly $1 billion in proposed funding on Sept. 30 and shifting more than $600 million within department budgets on Oct. 1. Despite pressure to restore some or much of the funding, the sides have not struck a deal.

Shirkey, of Clarklake, whose district includes conservative Hillsdale College, drew criticism from Democrats earlier this month after likening abortion to slavery in an interview with the campus radio station.