Remains of Michigan teen who died during Korean War return 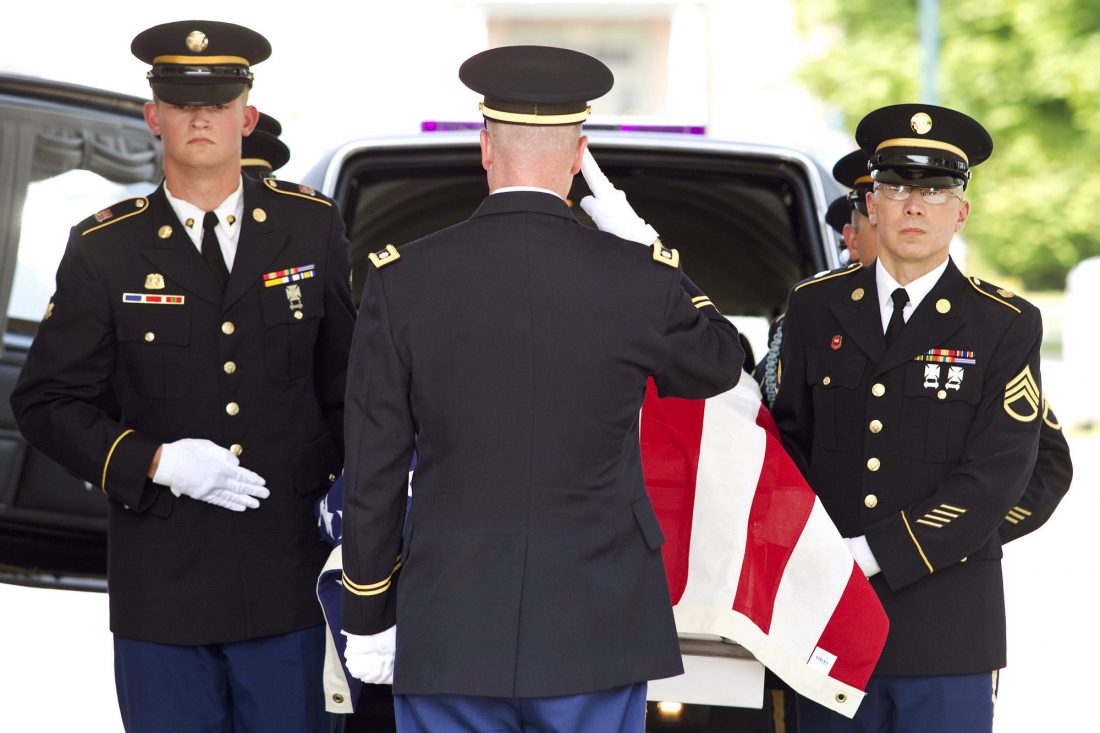 In this Thursday, July 26, 2019 photo, members of an honor guard from the Michigan Army National Guard carry the remains of Army Cpl. Charles Stanley Lawler into Covell Funeral Home in Traverse City, Mich. Lawler went missing in action on Nov. 2, 1950, during the Korean War. His remains were among the dozens returned to the United States following a summit between President Donald Trump and North Korean leader Kim Jong-un, and identified through DNA analysis. Lawler's funeral procession will leave the funeral home on Saturday, July 27. (Jan-Michael Stump/Traverse City Record-Eagle via AP)

TRAVERSE CITY, Mich. (AP) — The remains of a Michigan teen who died during the Korean War have returned home.

U.S. Army Cpl. Charles Stanley Lawler’s remains returned to Traverse City on Thursday and will be buried Saturday in a plot next to his mother, the Traverse City Record-Eagle reported .

“That’s where Chuck’s getting buried, right next to his mother, right where he should be,” said Robert Wagner, husband of Lawler’s sister

The Army listed Lawler as dead in 1953, and the family received a Purple Heart in his honor. Lawler was 19 when he died, according to Wagner.

On Thursday, a parade of police vehicles and veterans on motorcycles took Lawler to Covell Funeral Home where a military honor guard awaited.

Lawler’s burial on Saturday closed an excruciating chapter for his family, Wagner said. His mother always held out hope that he had been captured and not killed or missing, he said.

“He never got a chance to marry or have his own kids or nothing, really,” he said. “Nineteen years old and his life was gone.”

Army Sgt. Courtney Brown escorted Lawler’s casket to Traverse City from Hawaii, where the Compton, Calif., native was stationed, she said. She volunteered for the task and called it the most honorable and memorable experience of her seven years serving.

“Even though I don’t know him personally, he’s still my brother that I’m bringing home,” she said.