LANSING, Mich. (AP) — The Michigan Department of Corrections is trying to address concerns about stress and suicide among corrections officers.

Department Director Heidi Washington recently told the Senate Oversight Committee and a subcommittee on justice and public safety that the agency hired a mental health professional to serve as its employee wellness program manager.

Washington told the senators that corrections officers work in a highly volatile environment, and that reducing stress is “an issue that’s very important to us,” Detroit Free Press reported.

Studies show that there are high rates of suicide and divorce among corrections officers, as well as shorter life spans, Washington said. One study found that 27% of corrections officers have symptoms of post-traumatic stress disorder, compared to 3.5% of the general population, she said.

The state Corrections Department approved a $50,000 study on the prevalence of PTSD last year. A survey was sent to the agency’s roughly 13,000 employees, which includes 6,000 corrections officers, Washington said.

The findings are expected to be released by July.

Meanwhile, the department is working to increase stress management training and to reduce the stigma associated with asking for help. 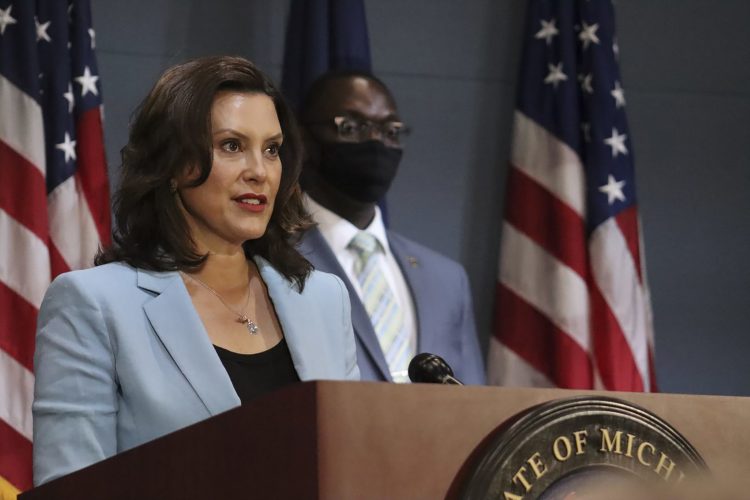 DETROIT (AP) — Protesters who said they’re concerned about the coronavirus blocked a driveway used by buses ...