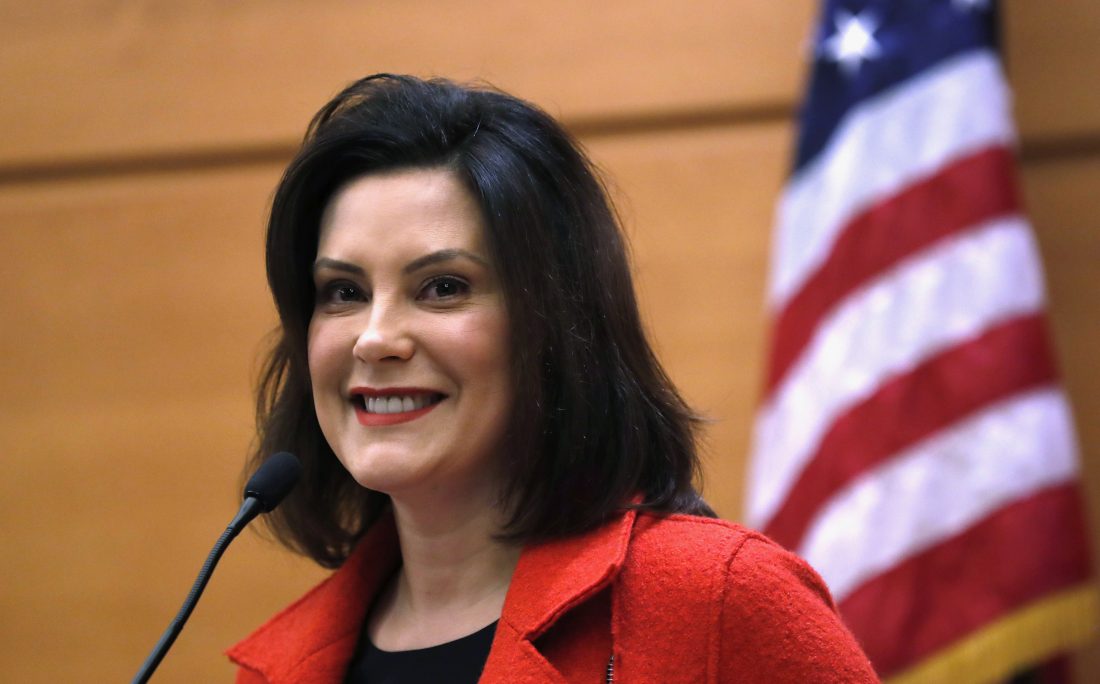 LANSING– The Republican-led Michigan House voted Wednesday to reject Gov. Gretchen Whitmer’s environmental order that would reshape the state environmental agency, saying the Democrat overstepped in seeking to eliminate new business-backed panels that were given a regulatory role under 2018 laws.

The GOP’s quick response to Whitmer’s move marked the first major partisan clash in the state’s new period of split government, though the governor previously initiated a review of her Republican predecessor’s deal to replace an oil pipeline beneath the Great Lakes. The Senate, which would also need to deny the order for it to be blocked, will hold a hearing today.

Whitmer, in turn, sought a legal opinion from Democratic Attorney General Dana Nessel, asking if the laws creating the commissions violate federal law, including by “impermissibly slowing down” the process of writing environmental rules and issuing permits.

“Taking partisanship unfortunately as an opening salvo is really destructive,” she told reporters after the House turned down her order on a 58-51 party-line vote. “I’m going to press forward to make sure that we clean up drinking water, and I will work with anyone who actually wants to do that. But I’m going to take on anyone who stands in the way.”

She said the panels have only met twice, are “on very thin legal ice” and are “one more layer that keeps us from actually cleaning up drinking water and having real accountability and making sure that decisions are made by scientists who are looking out for our public health, not their own special interests.”

“It is in my personal opinion that any legislatively created entity ought not to be abolished simply by executive fiat,” GOP House Speaker Lee Chatfield of Levering Republican said during a floor debate. He said the commissions, which were created under Republican Gov. Rick Snyder, give the public a voice in oversight, and “we are simply seeking to uphold them under a Democratic administration.”

The passage of the resolution , he said, is the first step in negotiating with the governor.

As part of a broader order to restructure and rename the Department of Environmental Quality after Flint’s water crisis, Whitmer abolished the Environmental Rules Review Committee, the Environmental Permit Review Commission and the Environmental Science Board, saying Monday that they “created too much bureaucracy” and she favored having “people who truly are accountable to the public making the decisions.” The panels of gubernatorial appointees were established last year by GOP lawmakers who said they would level the playing field between government bureaucrats and the industries they regulate.

Democrats and environmentalists said then that the “polluter panels” — located both inside and outside the department — are an example of “the fox guarding the henhouse.”

One board, where six of the 12 voting members represent industries such as manufacturing and agriculture, is empowered to approve, reject or change proposed regulations — though the governor can direct that the rules process proceed if issues are not resolved. Another commission — comprised of 15 engineers or scientists — can adopt, modify or reverse an administrative law judge’s decision on environmental permits in cases where a department ruling has been challenged.