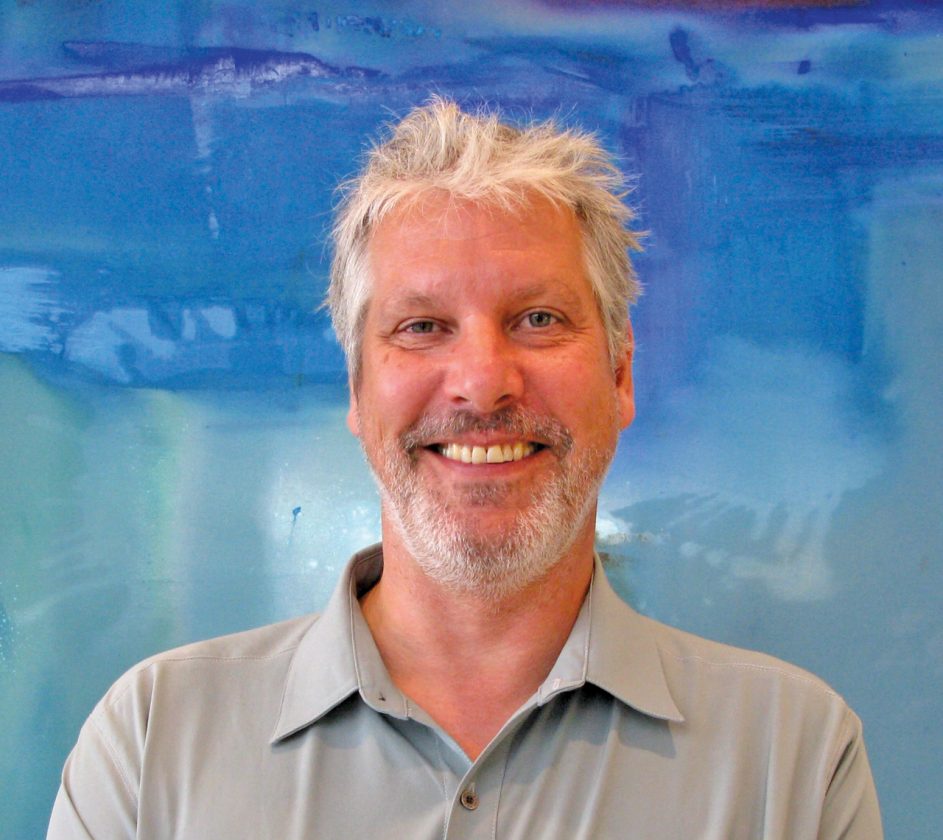 The solo exhibitions are scheduled to be held at the Muskegon Museum of Art, Dennos Museum in Traverse City and Caza Sikes Gallery in Cincinnati. The group shows will be held at the Michigan Institute for Contemporary Art, the University of South Wales in Sydney, and in Grand Rapids, where the international art biennial called ArtPrize is held.

Prather describes his creations as visually volatile renderings of simple forms and ordinary objects from layers of transparent and translucent media. He uses both additive and subtractive methods to create the layers. Examples include painting tinted acrylic medium onto multiple sheets of clear polyester film or cutting out shapes from sections of insect screening and other materials. Prather aligns the layers on metal rods and suspends them from the ceiling or stretches them on aluminum screen frames that he mounts on light boxes that sit on the floor.

“In either case, whether looking up or down, viewers see a succession of up to 50 two-dimensional surfaces that collectively conjure a three-dimensional body,” Prather said. “By shifting their own perspective and proximity, viewers can transform the pieces in both subtle and radical ways.

“The floor pieces made from bug screen produce complex moiré patterns that make them seem to flicker and squirm as you move around them. The hanging pieces can appear solid and extended when viewed at an angle, flat and compressed from the front or back, but from the side can seem to fold into space and disappear”

Prather said the work is about light and vision.

“I want these installations to be encompassing, sensuous and unsettling, like an underground laboratory where curious experiments with electromagnetic radiation are underway, or a cave filled with strange bioluminescent life,” he said.

Prather will deliver his scholarly paper on how contemporary artists use transparency, both as material and metaphor, at the 11th International Conference on the Image at the University of New South Wales. He will also engage in a spring 2021 two-month residency at Mission Street Arts in Jemez Springs, New Mexico.

Prather has a longtime dual interest in literature and visual art. Much of his scholarship has focused on the poet and artist William Blake, whose work takes the form of “illuminated” or “prophetic” books, which use a relief printing method to combine interlinked poetry and visual images. Prather’s work is informed by literature in a fundamental way, he said, via its very structure.

“My hanging pieces, for example, are made from acrylic paint in patterns of dots, lines and other marks applied to sequences of transparent polyester sheets, and then suspended on metal rods. The sheets themselves are paper-thin, roughly the same proportions as a regular sheet of paper, and lined up one after the other: a succession of two-dimensional surfaces viewers must ‘read’ in sequence — like words in a sentence or pages in a book — to apprehend the three-dimensional body they collectively conjure. What the pieces are doing, in effect, is fusing — and confusing — the spatiality of visual images and the temporality of verbal narratives.”

The annual Peter White Scholar Award, worth $17,500, is intended to support a faculty member with a proven scholarly record who is undertaking a project that would significantly advance her/his work.