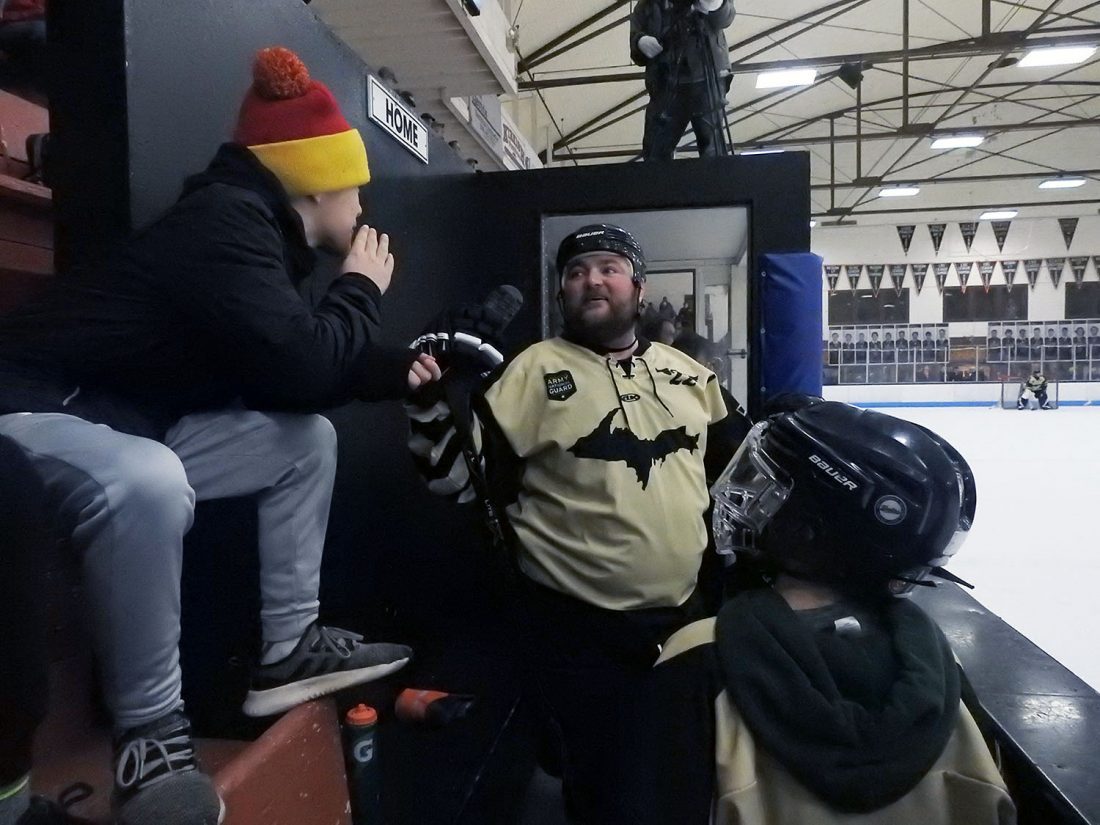 HOUGHTON — The Michigan U.P. Veteran Hockey Club came away with the win against the Spirit Warriors of Saginaw Saturday night.

But the score, and even the outcome, were secondary to the camaraderie among veterans, and the help other veterans could get.

Saturday’s Battle of the Bridge matchup was the second of a two-game series, following a game downstate in January. Saturday’s game raised money for the D.J. Jacobetti Home for Veterans in Marquette.

Army veteran Gerad Ekdahl liked combining his love of hockey with a way to raise money for veterans.

“When you’re around other guys that have exp

Lee Deforge of the Michigan U.P. Veterans Hockey Club shoots during the second period of Saturday’s Battle of the Bridge at Dee Stadium in Houghton.

erienced the same thing as you, you feel more comfortable,” he said. “We’re all more relaxed, and we all have the same kind of sense of humor, being veterans and also being hockey players.” 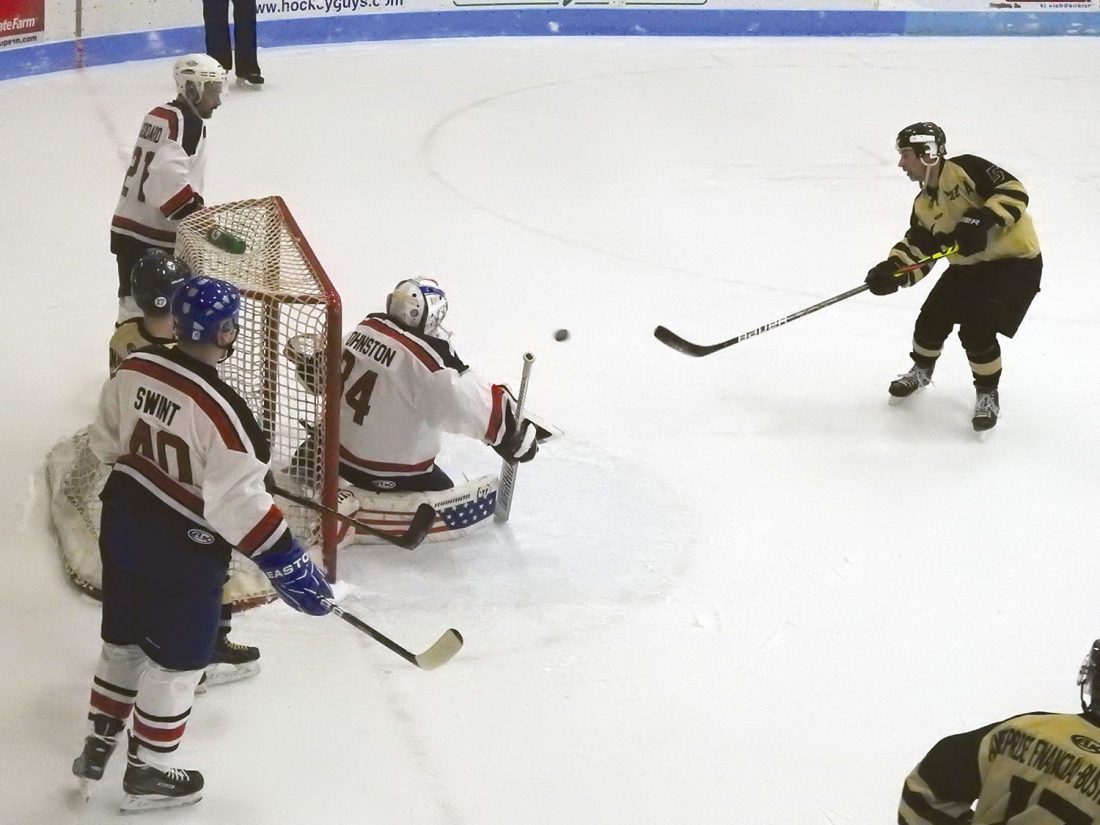 Lee Deforge of the Michigan U.P. Veterans Hockey Club shoots during the second period of Saturday’s Battle of the Bridge at Dee Stadium in Houghton.

That extends to razzing between different branches of the military. During one practice, Ekdahl asked a Marine, “Do you want me to read that for you?”

Hockey may be the avenue, but the real goal is helping veterans combatting post-traumatic stress disorder or injuries, said Mark Kloha of the Spirit Warriors. Kloha makes sure other teammates know he’s always available to talk.

“We’ve got a guy that got blown up in the Middle East and he’s got one leg,” he said. “He skates with us. Every day’s a battle, but you know what? He plays with us every day, and gets better every day.”

The U.P. team pulled away early, though competition was secondary to having fun. Players were sent to the penalty box for infractions such as “forgetting to do the dishes last night.”

Mary Rohrer of South Range enjoyed the game, particularly the care the teams took to even things out competitively.

One highlight came when she hugged U.P. captain Jon French during his stint in the box. She has known him since school.

“I know how important it was for him to do this because of everything he’s been through,” she said. “And I support the veterans. My husband was a veteran. I think it’s a great, wonderful thing that they do for the other veterans.”

The U.P. team hopes to set up similar matches with veterans teams in other states. Army veteran Thom Pintar of Painesdale, who retired after 20 years in the military,

“It’s going to go a lot farther,” he said. “This is a hockey hotbed, so many veterans up here play their whole life.”

Protecting those who protect the community

MARQUETTE — The City of Marquette Arts and Culture Division invites people to use the Marquette365 community ...

MARQUETTE — The Marquette Lions Annual Pancake Breakfast, which was originally scheduled to be held at the ...