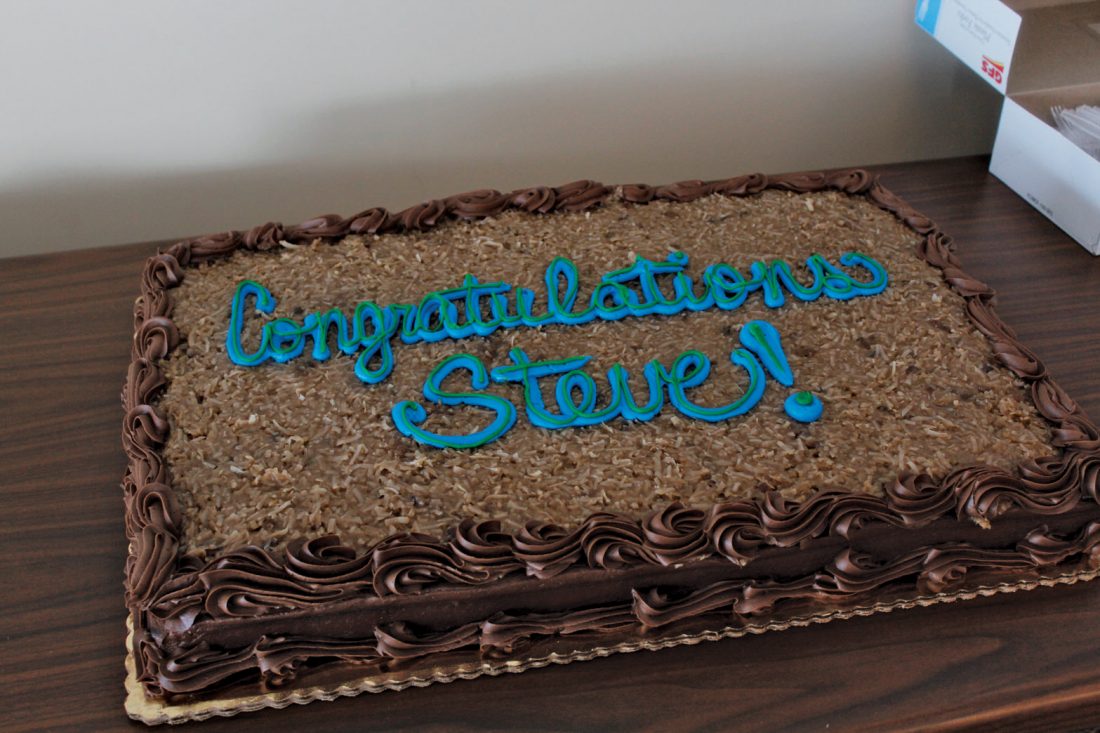 Steve Schenden’s years of service to Marquette County were celebrated at his retirement party Wednesday. His final day as director of operations at Sawyer International Airport will be Friday. (Journal photo by Trinity Carey)

Schenden, who is a licensed professional engineer, has served as the director of operations at Sawyer since 2012, but has a long history of employment at the airport and within the county.

“I also worked out here from 2000 to 2003 for the county as an engineer project manager during the conversion (of the former U.S. Air Force base). Then, I worked for the consulting firm that did the airport for three years out here, URS,” Schenden said. “From 2006 to 2012, I was doing other engineering around the county.”

Schenden reflected on his time at the airport fondly, noting that he has watched the airport grow throughout his years there. Though it’s not the easiest job, the challenges have been his favorite part, he said.

“It’s challenging, there’s new stuff every day,” Schenden said. “Part of my duties is running the water/wastewater department also and the airport and the buildings and then just dealing with people. We’re still trying to develop the community out here. The county is working on that still, so there’s different things every day. It’s never boring, you never sit there and go, ‘What do I have to do next?'” 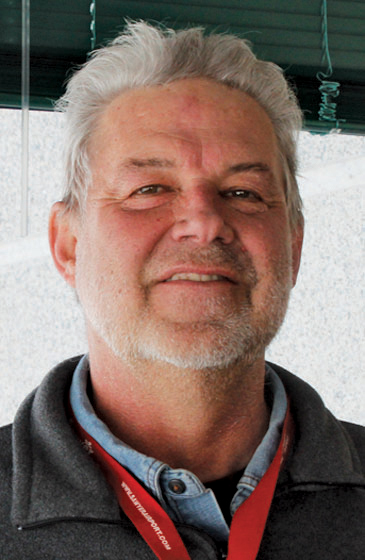 He is grateful for the community and staff that have supported the airport, he said.

“I hope they continue to support the airport. It’s really important to the community here and people out here work very hard. We are understaffed if anything, so I’m really impressed with the staff I’ve been able to work with here. They’ve done a great job for me, so I’m very appreciative of that and the community support of the airport and the county commissioners, just appreciation for all the people who have supported us,” Schenden said.

For Schenden, his retirement is more so a “semi-retirement,” he said, as he’ll most likely be picking up odd jobs here and there. However, he’s most looking forward to having more free time to work on his house and his land.

As he leaves his position of director of operations, current airport manager Duane DuRay will step in to take on the job with some help from Marquette County Administrator Scott Erbisch, Schenden said.

“Duane will have his position, then they’ll probably hire someone to assist him. With the water and the airport and the buildings, it really requires more than one person to handle it all,” Schenden said. “The budget cuts that the governor did kind of delay figuring out what they need to do here. Now that that’s been restored, they’re moving forward with getting Duane some assistance.”

Steve Schenden’s years of service to Marquette County were celebrated at his retirement party Wednesday. His final day as director of operations at Sawyer International Airport will be Friday. (Journal photo by Trinity Carey)