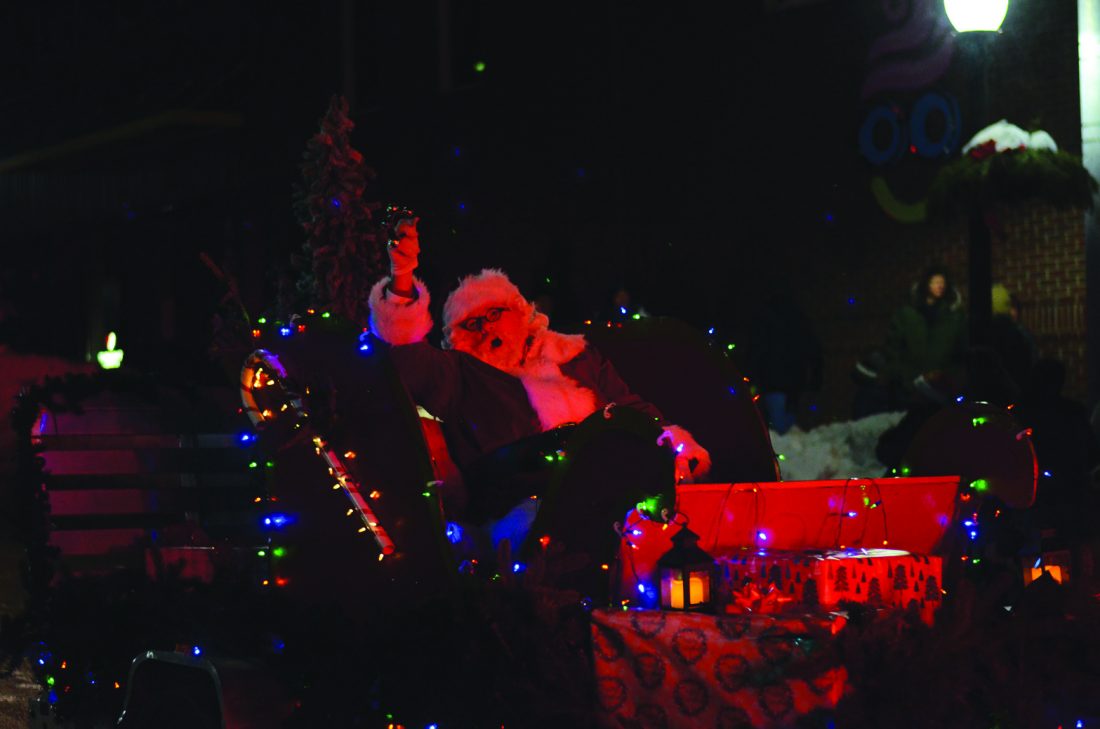 Santa waves and rings bells for the children during the parade in Marquette.