Lawsuit over Sundberg Block comes to a close 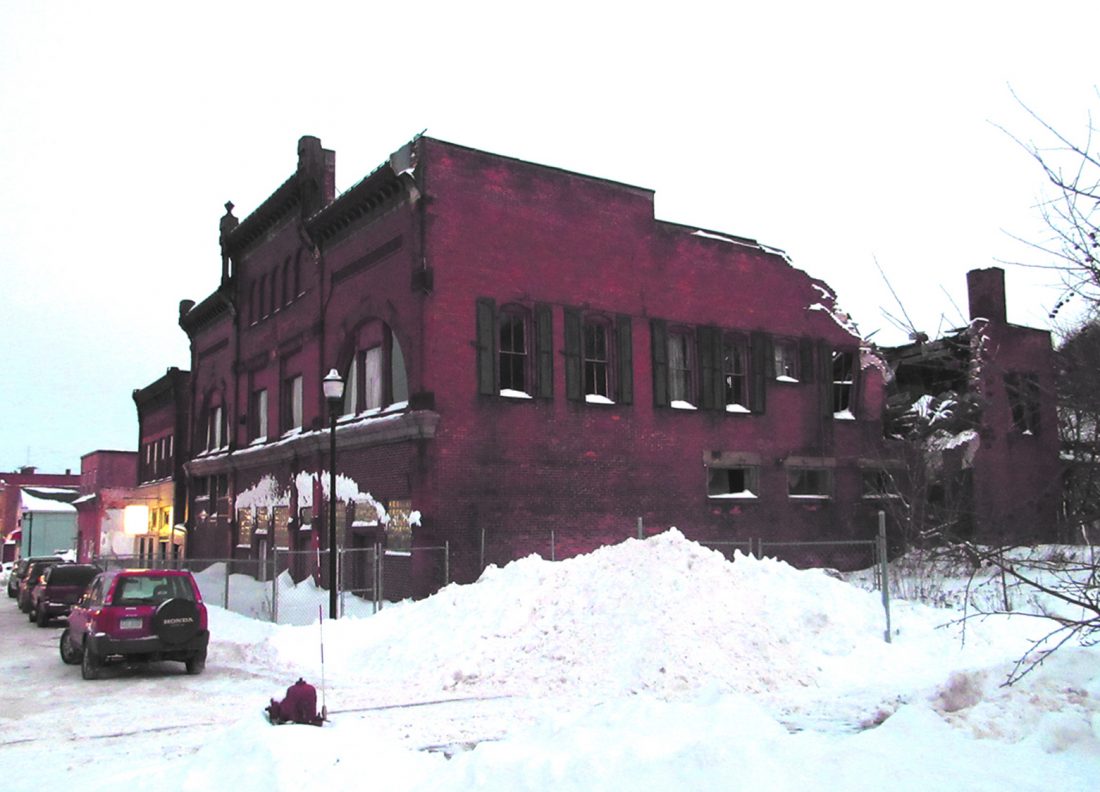 The Sundberg building on Iron Street in Negaunee. The owners announced plans to reuse the building Tuesday. The rear wall of the structure collapsed in 2010. (Journal Photo by Lisa Bowers)

MARQUETTE — A dispute surrounding the 2016 demolition of the Sundberg Building in Negaunee has reached an apparent conclusion.

Property owner Ann Kantola was ordered by Marquette County Circuit Court Judge Jennifer Mazzuchi to pay $140,000 to the city and to transfer the now-vacant parcel at 521 Iron St. property to the city via quitclaim deed, according to court documents received via a Freedom of Information Act request.

The three-story brick and sandstone structure, which built in 1891 and was purchased by Kantola on Jan. 9, 2003, for $2,000, had been a source of contention since the partial collapse of the roof and west wall in March 2010.

Upper Peninsula Abatement Co., the company contracted by the city, demolished the building in November 2016 after the structure was condemned by the Marquette County Building Codes Department in Dec. 2015.

Kantola applied for a variance on the condemnation order from the Marquette County Building Codes Board of Appeals in February 2016. The request was ultimately denied on Sept. 6, 2016. Prior to demolition, the Kantola’s filed for an injunction in Marquette County Circuit Court which was also denied.

As part of the settlement, the city was ordered to return 11 to 13 pallets of sandstone blocks removed from the premises during demolition to Kantola.

The $140,000 judgement is payable in installments of $1,000 or more beginning on Nov. 1 until it is paid in full and cannot be discharged in the event of bankruptcy, according to the consent judgement, and no interest will accrue on the debt.

Though it is unclear what plans the city has for the now-vacant parcel, it is adjacent to Jackson Mine Park and near the Iron Ore Heritage Trail spur and was listed as a private redevelopment site in the city’s 2018 Moving Forward Campaign.

The property is zoned Business – 1 according to the Moving Forward information on the City of Negaunee website.