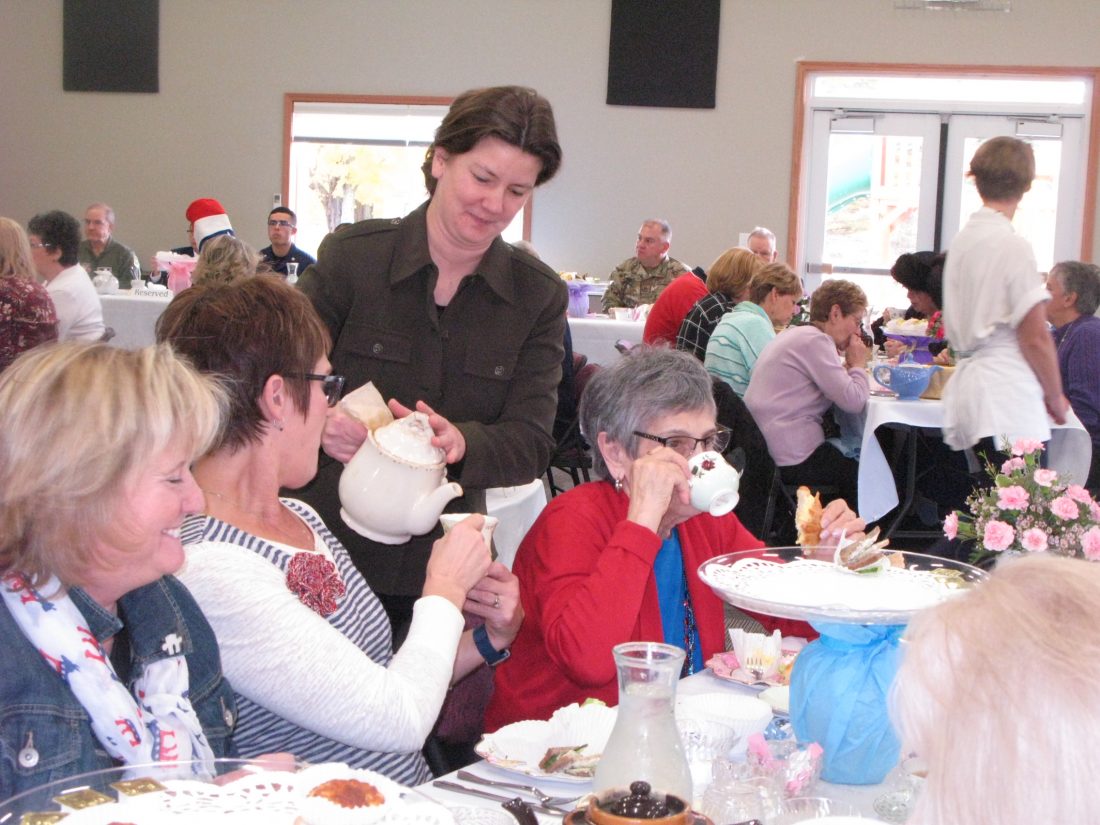 LITTLE LAKE — Cucumber sandwiches, sweet delicacies and a variety of teas were served on Saturday at the Little Lake Chapel during the fifth annual “Tea for Technology” party.

The pairing of tea and technology wasn’t that unusual considering the event was sponsored by the Forsyth Township Public Library Fundraising Committee to raise funds for the library, whose work stations must be upgraded by 2020 to be compliant with Microsoft software.

Fran Lukkarinen, library board trustee, said the goal of the event was to raise $2,000 for the upgrades.

“We call it our ‘Tea for Technology’ because we always have to replace computers, fax machines and update us — software, things like that — so it’s different technology,” Lukkarinen said.

In 2018, four computers were replaced in collaboration with the library. The goal this year is to replace the remaining four work stations.

The theme for this year’s tea was “We Salute You…A Cream Tea,” with military uniforms featured.

Lukkarinen said various military branches, such as the U.S. Air Force, Navy, Army, Marines, National Guard and Coast Guard, were represented at Saturday’s tea. On the agenda too was a program in which military personnel told of their experiences.

The tea is an ongoing event with varying themes.

Hanna Ockerman, owner of Hanna’s Tea Times, located at 327 Iron St., Negaunee, helped serve the beverages for which she is renowned.

In fact, she typically brings the teas for the events — and has fun doing it.

“They do a wonderful job,” Ockerman said.