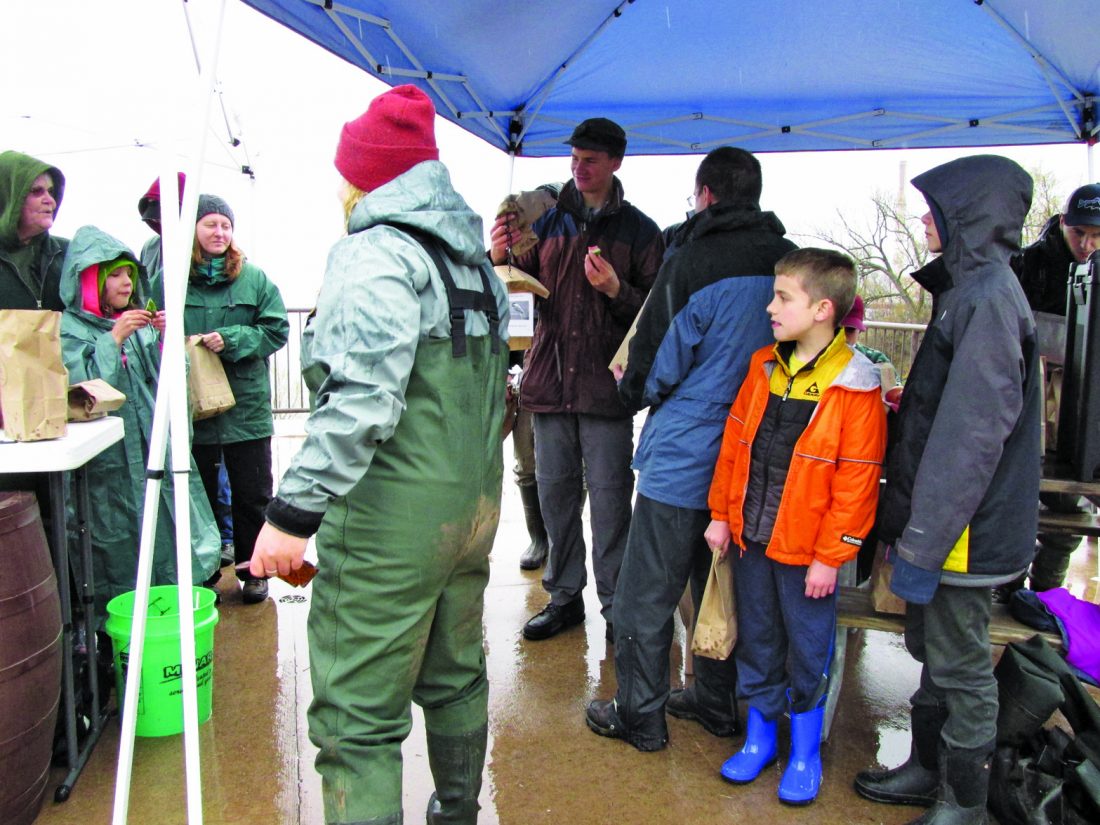 A clean-up of the Whetstone Brook will be held from noon to 2 p.m. Sunday by the Northern Michigan University Conservation Crew and area residents are encouraged to join in the effort to protect local waters. Volunteers at a previous clean-up of the brook held in May collected over 1,000 pounds of trash and debris from the brook, and organizers say there’s still much more to be picked up. (Journal file photo)

MARQUETTE — A few hours of your time this weekend could help make a big difference for local water quality, as a Whetstone Brook clean-up is being held by the Northern Michigan University Conservation Crew from noon to 2 p.m. Sunday at Founders Landing in Marquette.

“Whetstone goes through some of the busiest and dirtiest parts of our city and then flows right into where citizens receive their drinking water,” she said. “Yes, our drinking water is filtered and what not, but locals take pride in the pristine clarity of Lake Superior and it’s important it remains that way for years to come. “

The impact of the urban environment surrounding much of the brook was evident to participants of the first Whetstone Brook clean-up event held in May, as volunteers collected over 1,000 pounds of litter from the brook and its banks.

However, even with over 1,000 pounds of litter collected last time, there’s still much work to be done at Sunday’s clean up, she said.

“There’s also a lot of plastic bags and food bags/wrappers that are embedded into the sides and bottom of the stream that we hope to remove,” Branham said. “Surprisingly, there seems to be more trash in the stream than around it, so anyone who has a pair of waders and/or is willing to put a pair on and clean inside the stream, it will be greatly appreciated.”

It’s critical to perform this work before the snow falls, she said, as: “1. Whetstone mostly freezes over, meaning all that trash will remain underneath the ice and negatively impact aquatic life/embed into the stream-bed and 2, once the snow begins to melt come spring, the increase in waterflow will deliver any remaining trash directly into Lake Superior.”

Furthermore, because there “isn’t any formal filtration between the mouth of Whetstone Brook and Lake Superior, it’s crucial we keep these types of waterways clean as the Lake is where the city draws it drinking water,” Branham said.

Beyond the clean-up efforts, Branham and a fellow student, Jacklyn Lenten, have been conducting a water quality assessment on the brook in hopes to implement it into MiCorp, a protective waterway network in Michigan, Branham said.

However, the preliminary results have shown minimal macroinvertebrates — which include organisms such as insects, worms and snails and can serve as a biological indicator of a river or stream’s water quality — are found in the brook, which indicates “very poor health,” Branham said.

“Whetstone Brook appears clear throughout the majority of the stream, but it is crying for our help and a few hours this Sunday collecting trash would make a huge difference for the stream,” she said.

The group plans to meet near the mouth of the Whetstone Brook at Founders Landing, then, depending on the number of participants, potentially split up into several groups to cover as much of the stream as possible, Branham said, noting she personally wants to target a stretch along Baraga Avenue between Seventh Street and South McClellan Avenue, as that’s “where we saw a large majority of the trash we collected in the last clean-up.”

Gloves, bags/buckets, pickers, and a few sets of waders will be provided for those who would like to get in the river, organizers said. For more information, email nmuconservationcrew@gmail.com.