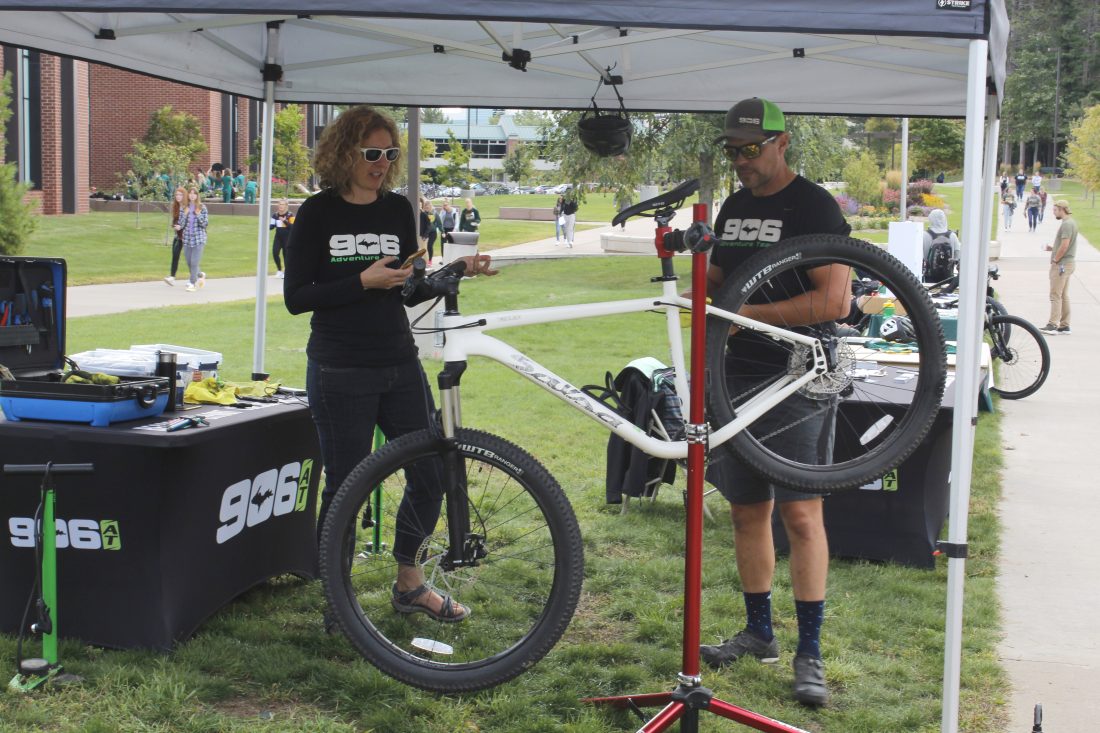 From left, Tara Gluski and Todd Poquette of the 906 Adventure Team clean bikes during Monday’s Bike Fair, which was the kick off event for NMU’s Bike Week. (Journal photo by Trinity Carey)

MARQUETTE — With miles of trails just outside your door and fat-tire bikes to make it through the winter snow, the Marquette community knows all about biking.

To celebrate biking and get more individuals involved in the activity, two Northern Michigan University students are hosting the second ever NMU Bike Week — a series of events held Sept. 9-13 which aim to promote health, safety and sustainability in a bike-friendly environment, according to the week’s webpage at www.nmu.edu.

The week kicked off in NMU’s academic mall with a bike fair. Bike enthusiasts and passersby could learn more about safety tips and how to get involved in biking.

“We did bike week to get more people out and about and to be active on bikes at Northern and in the Marquette community,” said Zachery McClure, who organized the event in collaboration with Myah Tatay.

McClure hopes the events will inspire others to become involved in one of his favorite activities.

“We have a lot of access to paved trails and other trails up here, and it’s just really important to get more people to use them and appreciate what Marquette has to offer,” McClure said.

Biking is a great way to stay active and reduce one’s carbon footprint by biking to school, work and other activities, he said.

“It’s another way to get new people involved, especially freshman coming in,” McClure said. “If they don’t really know what to get involved with, this is one option for them.”

Also present at Monday’s event was the 906 Adventure Team, a nonprofit organization which welcomes youth and adults new to the bike scene. The Marquette City Police Department was present to talk about the bike patrol program that allows officers to be more accessible to the public, while the NMU Police Department discussed bike safety on campus with event attendees and registered student bikes.

The NMU Cycling Club was recruiting members and encouraging others to try biking as a hobby, and the NMU Eco Reps was discussing sustainability on campus and how biking can lessen one’s impact on the environment.

Events will continue today with Tune-Up Tuesday, sponsored by NMU EcoReps, from 10 a.m. to 4 p.m. in the academic mall, where attendees can get minor maintenance done on the bike for free. There will also be a bike ride with Wildcat Willy from 2 to 3 p.m.

On Wednesday, Eco Reps will sponsor a group bike ride at 5 p.m. to the Downtown Marquette Farmers Market.

Thursday is Bike to Campus Day. A Night Ride, sponsored by the 906 Adventure Team, will also be held at 7:30 p.m. Participants should meet at the campus trailhead and bring water and a snack. Headlamps will be provided and there is a limit of 25 people.

On Friday, the NMU Cycling Club will host a group bike ride at 6:30 p.m. beginning at the campus trailhead.

All events are free and open to the community. For more information visit Bike Week on NMU’s Recreational Sports webpage. 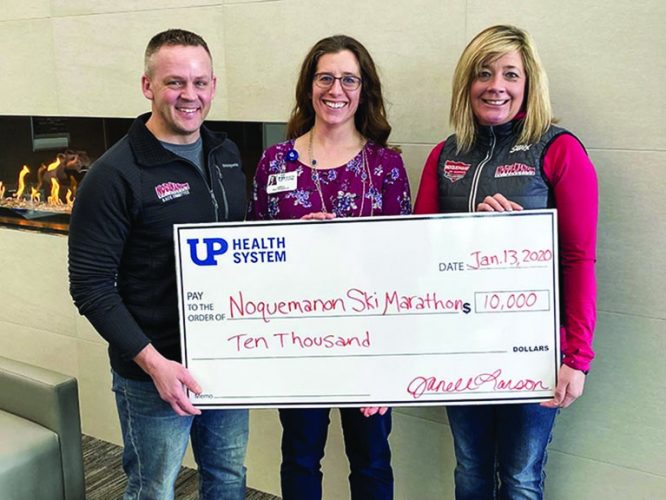