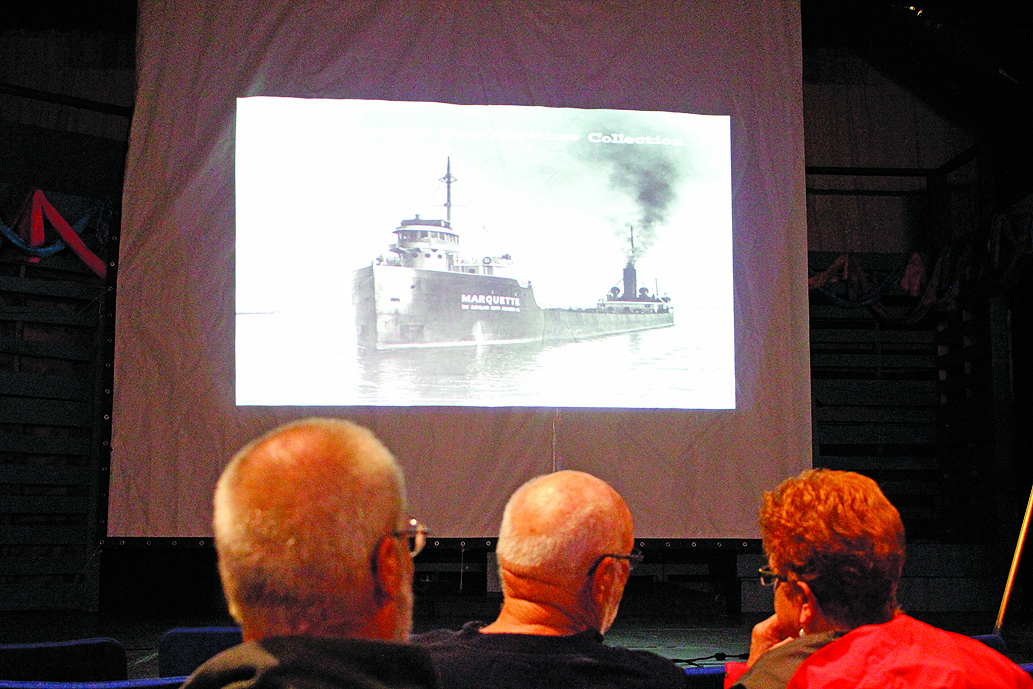 MARQUETTE — Book lovers and maritime enthusiasts gathered recently for a historic photo presentation on the wreck of the Edmund Fitzgerald, birchbark canoes, infamous winter storms, steamboats, lighthouses and more at the Lake Superior Theatre in Marquette.

The presentation, which took place Sept. 5, was led by local photographer Jack Deo and the kick-off event for the Two Books, Two Communities 2019 program, which will focus on the Great Lakes through a series of events in Marquette and Munising. This year’s books are “Harborless” by Cindy Hunter Morgan and “The Living Great Lakes” by Jerry Dennis.

“Harborless” is a collection of poems that explore Great Lakes shipwrecks, each beginning in a historical moment.

“The Living Great Lakes” tells of the author’s journey of sailing a schooner from Lake Michigan to Bar Harbor, Maine.

Two Books, Two Communities, formerly One Book, One Community is a program which began 13 years ago and partners Northern Michigan University and the Marquette County community.

“To bring people together around a common thing and create conversation within our communities,” Donohue said.

Another goal of the project is “of course to expose people to things they think they may not like,” Donohue added. “I know a lot of people think they may not want to read poetry, including me, but I read this book and I absolutely loved it, so I was pretty adamant that we pick it as a title for this year, so we can expose more people to poetry.”

Both books tell the stories of the region’s rich maritime history, and through photographs Deo told event attendees similar tales.

Beginning with what he believes to be the oldest known image of a ship on Lake Superior, Deo’s presentation started with a pictograph created near Copper Harbor. Deo and others theorize that the pictograph depicts the story of a Minoan or Phoenician ship from 1640 B.C. that came to the area to collect copper during the Bronze Age.

Photos of birch bark canoes, steamboats and ships in Marquette’s harbor followed. The Superior Hotel, Savings Bank Building and Ridge Street could be seen in the background of many.

Deo recounted many shipwrecks that took place on Lake Superior, such as the ones caused by the Mataafa Storm. The storm swept the Great Lakes in November 1905 wrecking 70 vessels and taking the lives of 199 men. He showed photographs of ships with great metal foundations bent from the strength of the waves.

Another great storm occurred in 1915 known as the Freshwater Fury, which took the ship the Henry B. Smith. The captain of the ship, Jimmy Owen, was notorious for being late, but left the Marquette harbor on time during the storm and his boat was never heard from again. In 2013, though, his ship was found in 535 feet of water just 30 miles from Marquette. The crew made up just 25 of the men who were lost in total during that storm, Deo said.

He noted a historic report that quoted a sailor as saying, “Weather and captains cannot be trusted on Lake Superior.”

Though the lake caused many shipwrecks and took many lives, during the peak of shipping in the Great Lakes just 10% of all deaths happened on Lake Superior because there was less traffic on Superior, Deo said.

He will host a similar presentation in Munising as part of the Two Books, Two Communities program at 6:30 p.m. Sept. 23 at the Munising Library.

The event and others to be held will help program participants feel a sense of connection to their community and its members, Donohue said.

“It’s a discussion point in my opinion,” she said. “One of the values of reading is having things to talk about and learning new things, and when you learn something new, it’s fun to talk about it with others.”

For a full list of upcoming program events in Marquette and Munising, visit the One Book, One Community webpage on www.nmu.edu.

NEGAUNEE — The Negaunee Public Library board will hold a special meeting at 10 a.m. Tuesday via Zoom ... 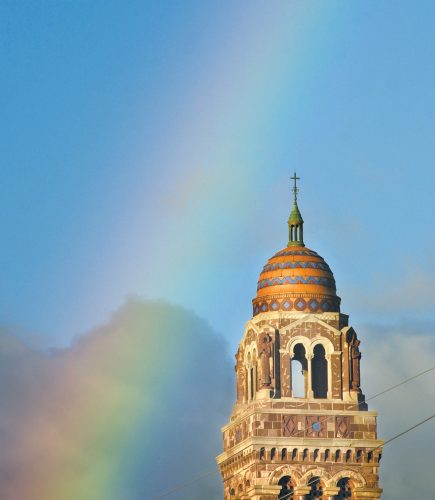 MARQUETTE — The team of four sisters and their mom behind Walk in the Park for Brain Tumor Research in Escanaba ...