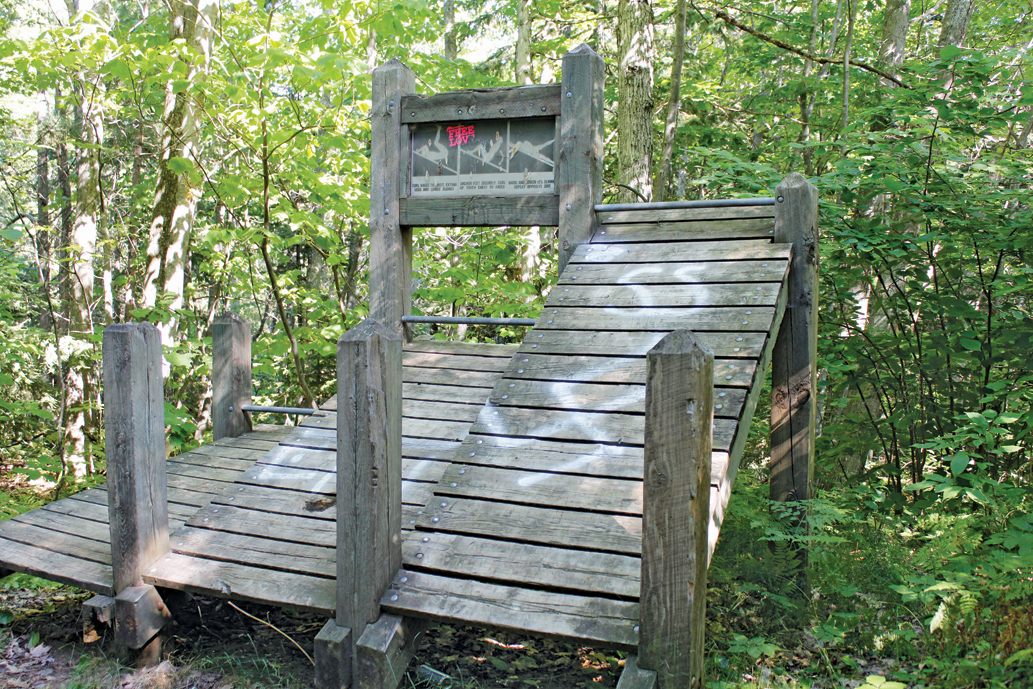 MARQUETTE — The Marquette City Police Department received a call in July about vandalism to several of the structures at the Fit Strip located between Lincoln and Seventh streets adjacent to Park Cemetery.

The Fit Strip is in a wooded area along Lincoln Avenue and contains a 1.6-mile loop trail for year-round recreation that features wooden fitness equipment. Swastikas and “SS” had been spray-painted on some of the structures.

As of now the investigation is ongoing and no arrests have been made, said Detective Sgt. Mike Archocosky with the Marquette City Police Department.

“The proper department has been notified and they’re going to mitigate the graffiti,” Archocosky said.

The strip is maintained by the collaborative efforts of the Noquemanon Trail Network, the city and the Marquette Board of Light and Power.

Archocosky noted that there has not been an outstanding amount of vandalism within the city and that of the other instances police are aware of, none seem to be related.

He encouraged anyone with information or a tip regarding the vandalism to contact the Marquette City Police Department at 906-228-0400.