NEGAUNEE — Jeff Juntti and Darla Baumgarten of Marquette rode to glory here Monday night. The two took top honors in the Second annual Tour de Negaunee Bike Race held in the downtown area. Sponsored by the Tour de Negaunee Race Committee and the Negaunee Irontown Association, the race was held as part of the Negaunee Pioneer Days festivities. Juntti and Baumgarten were the top male and female finishers in the advanced race, while Erik Juntti of Marquette — Jeff’s brother — and Audrey Johnson of Marquette copped the novice titles. The course for both races was a quarter-mile loop which started and finished in downtown Negaunee. Jeff Juntti finished the race in 32 minutes, 10 seconds. He was followed closely by Travis Hunt (32:11) and Jon Sulentic (32:12). Baumgarten was followed by Kim Soule and Peggy Lorinser, respectively, in the advanced race. No times were available. In the novice race, Erik Juntti finished with a clocking of 17:36, followed by Glen Bertagnoli (18:01) and Bob Ellerbrouch (18:11). In the women’s novice division, Audrey Johnson finished first, followed by Christina Watts and Liz Silvola.

ISHPEMING — Early Ishpeming theaters will be the subject of the Marquette County Historical Society program this week. Ishpeming’s theaters before the turn of the century were similar to many in other Upper Peninsula communities consisting of second-story “halls,” which were used for dances, concerts, conventions, wrestling matches and other events when a large space was needed. The first real theater, built expressly for that purpose, was the Ishpeming, opened Dec. 15, 1903, and managed by Ed J. Butler, long known as the “dean of theater managers in Northern Michigan,” whose career in this field had started at Austin’s Hall in 1888. Austin’s Hall was the first hall to have a stage and was the scene of countless school plays, home talent, minstrels, and other performances. 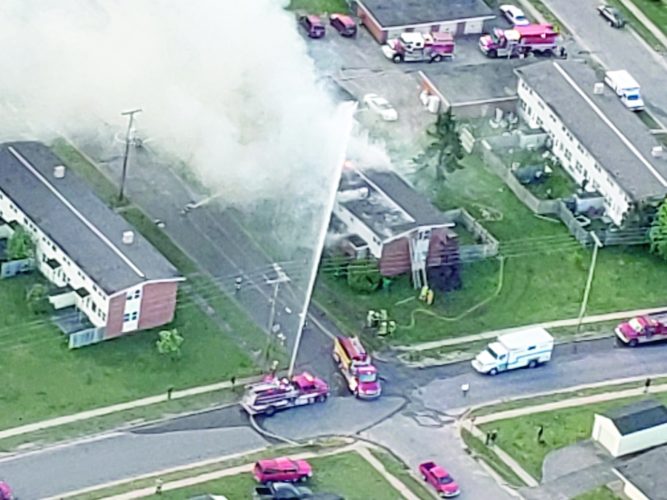