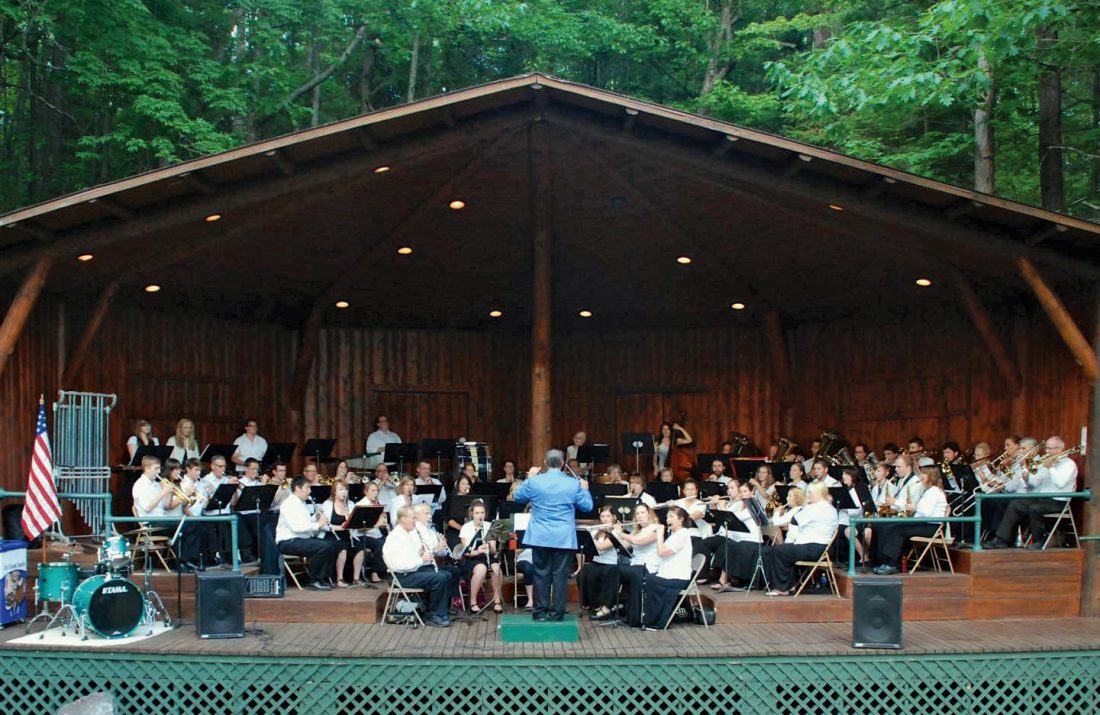 Shown here in a previous performance, the Marquette City Band will present a “Brass Extravaganza” Concert at 7:30 p.m. Thursday at the band shell in Presque Isle Park, Marquette. In the event of inclement weather, the concert will be held at the Messiah Lutheran Church at the corner of Magnetic and Fourth streets. The concert is free of charge but donations are encouraged. (Submitted photo)

Director Stephen Grugin said in a press release: “We have many excellent brass players playing in the Marquette community and I thought it would be nice to feature them on a concert in our summer concert series. It will certainly be a ‘brass heavy’ concert, meaning that most of the pieces performed will feature the brass sections in the band prominently.”

Brass instruments have a particular appeal to certain listeners, according to Grugin.

“It’s interesting that a group of tuba players, for example, always seems to draw a crowd, such as at our local OcTUBAfest and TubaChristmas events. I know everyone will enjoy hearing ‘Tuba Tiger Rag’ by Harry DeCosta on the concert.”

In addition, the trombone section will be featured on “Miss Trombone” by Henry Fillmore, and the contributions of the horn section be heard on “The Sword of Titan” by Rossano Galante and “The Ride of the Valkyries” by Richard Wagner.

There will also be a special appearance by the Marquette Symphony Orchestra Brass Quintet — made up by Mark Flaherty and Matt Ludwig, trumpets; Keith Powell, horn; Steve Grugin, trombone; and Bruce Cassell, tuba. The quintet will join the city band playing two pieces — the jazz-influenced three-movement composition “Jive for Five” by Paul Nagel and the “Sextet” from the opera “Lucia” by Gaetano Donizetti.

In the event of inclement weather, the concert will be held at the Messiah Lutheran Church at Magnetic and Fourth streets. The concert is free of charge but donations are encouraged.