A little piece of history

MARQUETTE — For those who wish to experience a miniature slice of history, scale models of ships, aircraft, cars and more by will be on display at the Marquette Regional History Center from 10 a.m. to 1 p.m. Saturday.

The event, which features work by the Upper Peninsula Scale Modelers, offers attendees a chance to see a diverse array of models up close, explore the craft, meet club members and learn more about how to get involved.

“One member is going to bring aircraft, one member’s going to bring automobiles; there’s even going to be a guy there with sci-fi stuff,” U.P. Scale Modelers Secretary Jeff Selesky said, adding the group will have a builder’s table that allows attendees to look at a model kit, open the box, see all the parts and view “what the finished product is going to be.”

Model enthusiasts from beginners to experts, history buffs and people of all ages can all find something to learn and enjoy during Saturday’s event, organizers said.

“We at the museum hope the public takes advantage of this opportunity,” Marquette Regional History Center museum educator Betsy Rutz said in an email. “If you’re out at the farmer’s market, walk on down one block to the history center to check out the showcase of models and speak with the model makers. Learn about a club that has been meeting for over 40 years in our community and the variety of work that they create.” 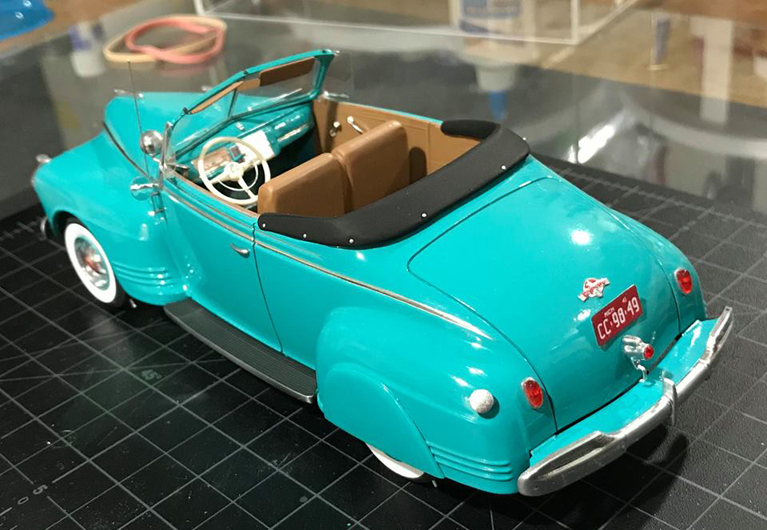 One model to be displayed represents a unique slice of Upper Peninsula history — an unusual vehicle invented by the 1920s-era mayor of St. Ignace that was eventually produced widely in Russia.

“One particular model I’m going to bring has a U.P. connection,” Selesky said. “It’s like a snow machine but it has an automobile engine and a prop, almost like an airboat except it’s on skis … He designed this thing because he had access to the motors. And he was selling them to commercial fishermen who could take them out on the ice, right to the ice shelf to retrieve their nets.”

Organizers wanted to hold the event due to an interest in models they noticed from museum patrons, Rutz said.

“We have had many visitors interested in models in the museum galleries over the years. Our dollhouse day in November is also very popular,” she said. “This response led us to get in touch with the U.P. Scale Modelers as we know they are creating detailed fascinating work right here in our community.”

Selesky, who has been a part of the club since its inception in 1979, has created hundreds of models since taking up the craft at age 8 and encourages interested parties to get involved with model building and the club.

People of all ages, interests and talents can get involved in modeling, Selesky said, noting it can be a fun and social undertaking with creative, historical and mechanical aspects.

Furthermore, model building “incorporates all ages,” he said, as a range of models are available, from 800-piece sets for experienced model builders, to simpler snap-together models that can easily introduce children and beginners to model building.

The event is supported by a grant from the Michigan Humanities Council that allowed the history center to “offer workshops and programs highlighting heritage crafts in our region,” Rutz said.

“This program on Saturday morning is one of those events, allowing for entry at a $5 suggested donation level from 10 (a.m.)-1 p.m. on this day, rather than our usual $7 adult admission,” she said.

U.P. Scale Modelers meets monthly and holds contests, Selesky said. For more information on the club, how to get involved and to view more of the club members’ work, visit the Facebook page at: facebook.com/Upper-Peninsula-Scale-Modelers-185205704825235/

The Marquette Regional History Center is located at 145 W. Spring St. in Marquette. For more information on the center, visit marquettehistory.org or call 906-226-3571/