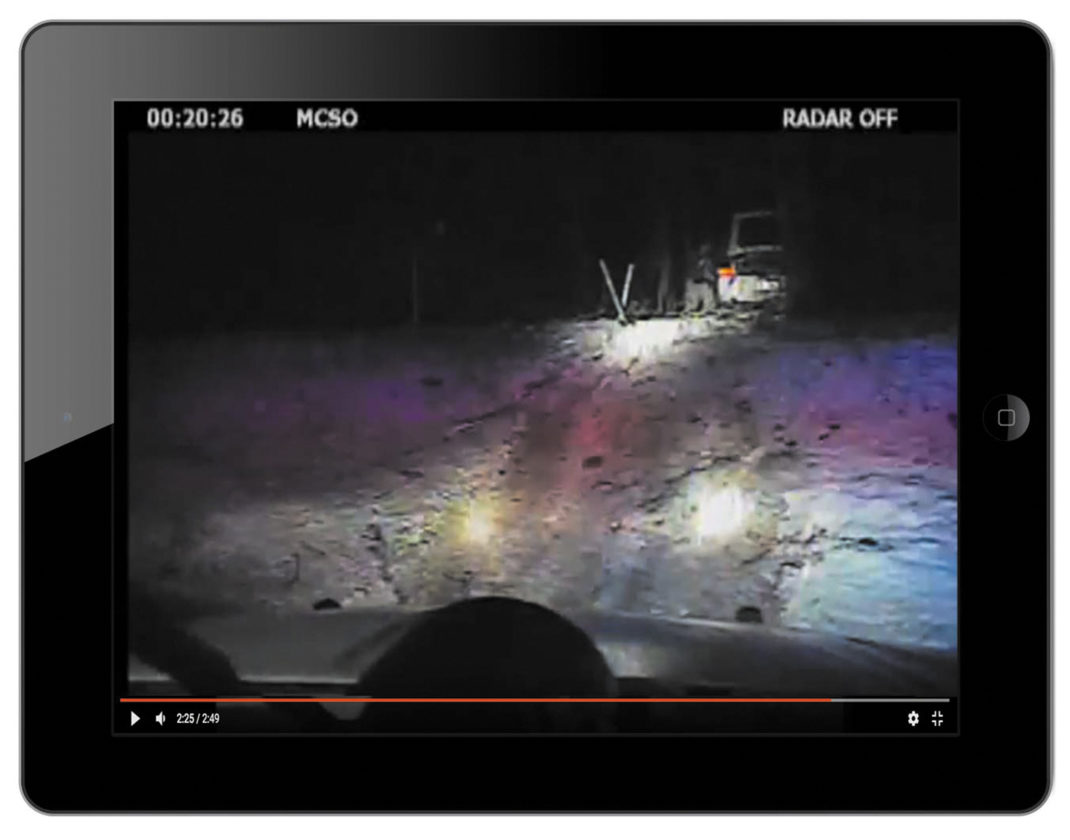 Pictured above is a screenshot of a high-speed chase early Saturday morning that resulted in an alleged drunken driver crashing into a tree. To watch the full video, visit The Mining Journal’s website. (graphic by Selena Hautamaki)

Dash-cam video of the incident was released today by the Marquette County Sheriff’s Office.

According to a press release from the department, just after 1 a.m. Saturday, a deputy observed a driver on County Road 550, or Grove Street, cross the center line and accelerate in the wrong lane.

The deputy reportedly attempted to initiate a traffic stop, but the driver — identified as a 22-year-old man from Negaunee — continued to accelerate at speeds of 70 mph or greater in the wrong lane.

The driver failed to stop at a stop sign at the intersection of County Road 500 and County Road 492, and struck an embankment. The vehicle became airborne and struck two trees before coming to a halt.

The driver was not wearing a seatbelt at the time of the crash. He was uninjured, and arrested and lodged at the Marquette County Jail for operating while intoxicated and fleeing/eluding police.

His name will not be released pending arraignment. 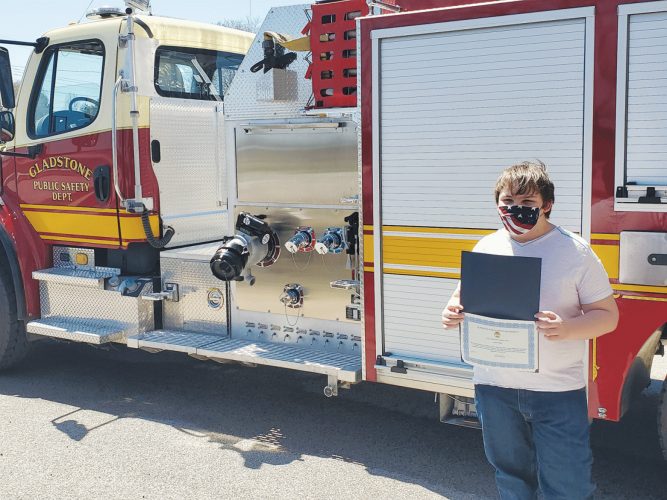