China says it agrees with India to peacefully solve tensions 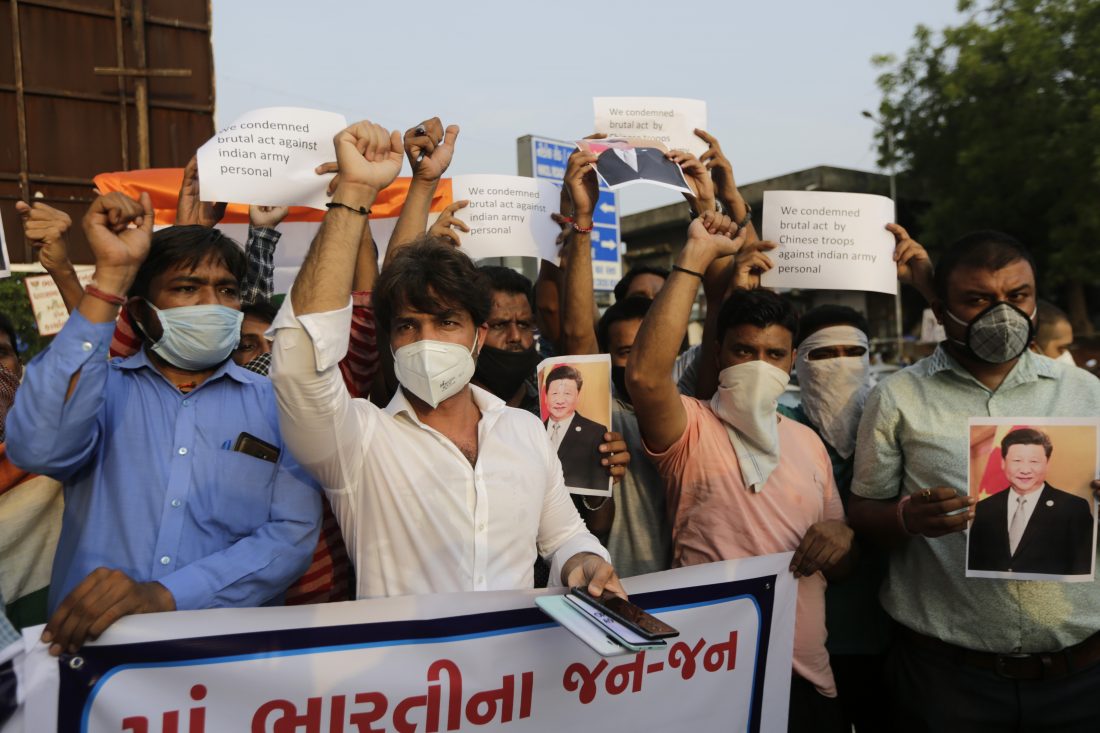 Indians shout slogans against China during a protest in Ahmedabad, India, Tuesday, June 16, 2020. At least three Indian soldiers, including a senior army officer, were killed in a confrontation with Chinese troops along their disputed border high in the Himalayas where thousands of soldiers on both sides have been facing off for over a month, the Indian army said Tuesday. Banner in Gujrati reads, "All Indians with Indian army and Indian government".(AP Photo/Ajit Solanki)

BEIJING (AP) — China said today that it is seeking a peaceful resolution to its Himalayan border dispute with India following the death of 20 Indian soldiers in the most violent confrontation in decades.

“Both sides agree to resolve this matter through dialogue and consultation and make efforts to ease the situation and safeguard peace and tranquility in the border area,” foreign ministry spokesperson Zhao Lijian said at a daily briefing.

It wasn’t immediately clear what form talks would take. Earlier, Indian Defense Ministry spokesperson Col. Aman Anand did not respond immediately to queries on the situation or whether talks were planned to defuse the tensions.

Indian security forces said neither side fired any shots in the clash in the Ladakh region late Monday that was the first deadly confrontation on the disputed border between India and China since 1975. Some officials said the soldiers were carrying anti-riot gear instead of weapons.

China has not said if any of its troops were injured or killed.

India’s Defense Minister Rajnath Singh tweeted that the loss of soldiers in the Galwan Valley is “deeply disturbing and painful. Our soldiers displayed exemplary courage and valor in the line of duty and sacrificed their lives in the highest traditions of the Indian Army.”

A group of protesters gathered near the Chinese Embassy in the Indian capital condemning the killing of the soldiers and demanding a ban on Chinese goods. They carried placards with crossed photographs of Chinese President Xi Jinping and the Chinese army.

A small group of retired Indian army personnel also marched close to the embassy with placards reading “Chinese army down down,” but they were taken away by police.

Zhao, the Chinese spokesperson, repeated Chinese claims that the clashes erupted after Indian forces “provoked and attacked Chinese personnel, which lead to fears, physical confrontation between the two sides’ border troops and resulted in casualties.”

An official Communist Party newspaper said the clash occurred because India misjudged the Chinese army’s strength and willingness to respond.

The Global Times, which often reflects nationalistic views within the party’s leadership, said China did not disclose whether it had casualties in the skirmish to avoid comparisons and prevent further escalation.

While experts said the two nations were unlikely to head into a war, they also believe easing tensions quickly will be difficult.

“This will likely be a watershed moment in India-China relations and the geopolitics of the Indo-Pacific,” said Abraham Denmark, Asia program director at The Wilson Center. “We’ve already seen the deadliest clash on the China-India border in over 50 years, both countries are led by men who have embraced nationalism, and both countries are facing tremendous domestic and international upheaval as a result of COVID-19 and other long-standing problems.”

The main questions now are if either side can find a path to deescalation and whether India’s allies such as the United States will help. “It is a highly volatile and dangerous situation between two nationalistic, nuclear powers at a time when American influence has badly diminished,” Denmark said.

The editorial published in the Global Times today said India’s reaction was largely due to encouragement from the U.S., China’s chief strategic rival which has been steadily building relations with India’s military.

“The arrogance and recklessness of the Indian side is the main reason for the consistent tensions along China-India borders,” the editorial said. China “does not and will not create conflicts, but it fears no conflicts either.” 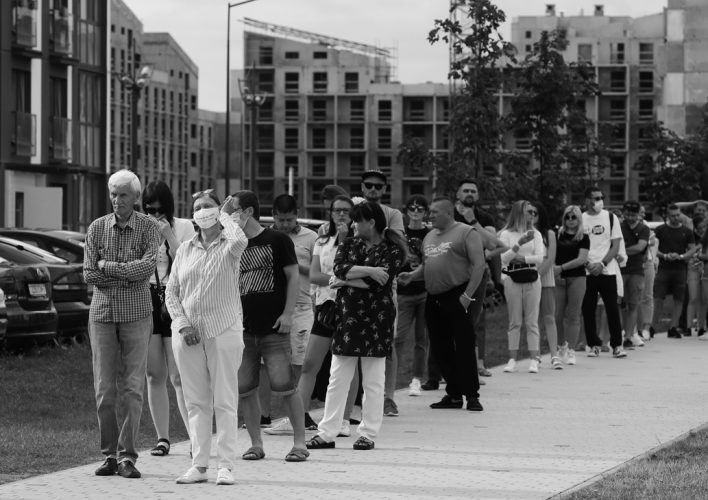 ROME— With confirmed coronavirus cases in the U.S. hitting 5 million Sunday, by far the highest of any country, ...

MARRAKECH, Morocco — Abdenabi Nouidi sold his favorite horse for $150 to help feed the others on the team that ...

LONDON (AP) — The BBC apologized Sunday for broadcasting a racist slur in a news report, saying it was a mistake ...

Rajapaksa sworn in as PM