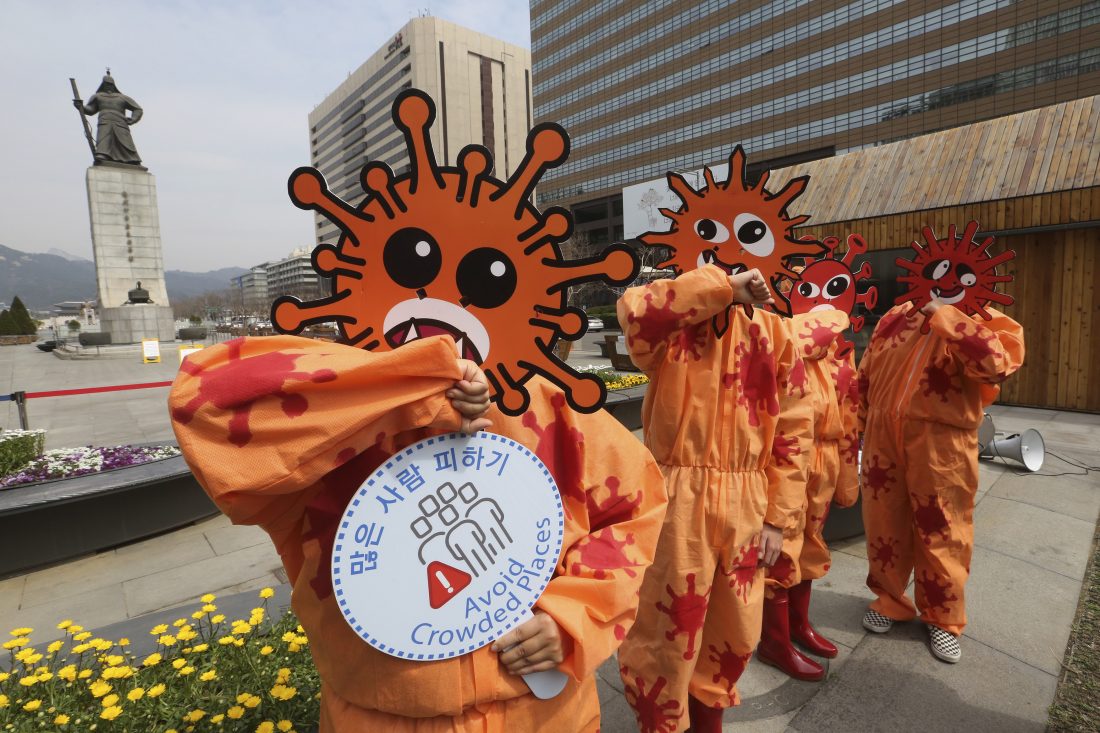 Environmental activists wearing masks symbolizing a virus perform during a new coronavirus prevention campaign in Seoul, South Korea, Thursday, March 26, 2020. For most people, the new coronavirus causes only mild or moderate symptoms, such as fever and cough. For some, especially older adults and people with existing health problems, it can cause more severe illness, including pneumonia. (AP Photo/Ahn Young-joon)

DUBAI, United Arab Emirates (AP) — Leaders of the world’s most powerful economies were to convene virtually today to try and coordinate a response to the fast-spreading coronavirus, which has shuttered businesses and forced well over a quarter of the world’s population into home isolation.

The meeting for the Group of 20 nations will be chaired by Saudi Arabia’s King Salman. The kingdom, which is presiding over the G20 this year, said it organized the extraordinary meeting to advance global efforts to tackle the pandemic and its economic implications as people lose their incomes amid closures, curfews and lockdowns.

The meeting comes amid criticism that the world’s wealthiest countries have not taken cohesive action to combat the virus or its economic impact on people around the world.

The global death toll from the new coronavirus, which causes an illness called COVID-19, has climbed past 21,000 and the number of infections has surpassed 472,000, according to a count kept by Johns Hopkins University. The number of dead in the U.S. rose to 1,041 as of late Wednesday, with nearly 70,000 infections. Spain’s death toll has risen past 3,400, eclipsing that of China, where the virus was first detected in December.

There was sparring this week among foreign ministers from the Group of 7 leading industrialized democracies over whether to call out China as the source of the coronavirus.

The ministers were unable to agree on a U.S. push to identify the coronavirus as the “Wuhan virus,” in reference to the city in China where it first appeared. As a result, the foreign ministers opted against releasing a group statement.

Chinese President Xi Jinping and Russian President Vladimir Putin are among the heads of state who will take part in Thursday’s G20 leaders’ summit. The virtual summit will also include leaders from the World Health Organization, the United Nations, World Bank, International Monetary Fund, International Labor Organization and others.

Officials from Spain, Jordan, Singapore and Switzerland will also take part in the call, as well as chairs of regional bodies like the African Union, the Association of South-East Asian Nations and the Gulf Cooperation Council.

The International Labor Organization says nearly 40% of the world’s population has no health insurance or access to national health services and that 55% — or 4 billion people — do not benefit from any form of social protection whatsoever. It said the current health crisis makes clear that not nearly enough progress has been made by governments in the years since the 2008 financial crisis to expand access to health services, sickness benefits, and unemployment protection.

The International Monetary Fund and World Bank IMF issued a call on G20 countries ahead of today’s meeting, warning of severe economic and social consequences for developing countries, home to a quarter of the world’s population and where most of the world’s poorest people reside.

The lenders called for a suspension of debt payments from these countries and asked G20 leaders to task the World Bank and IMF with making the needed assessments on which countries have unsustainable debt situations and immediate financing requirements.

“It is imperative at this moment to provide a global sense of relief for developing countries as well as a strong signal to financial markets,” the lenders said in a joint statement. 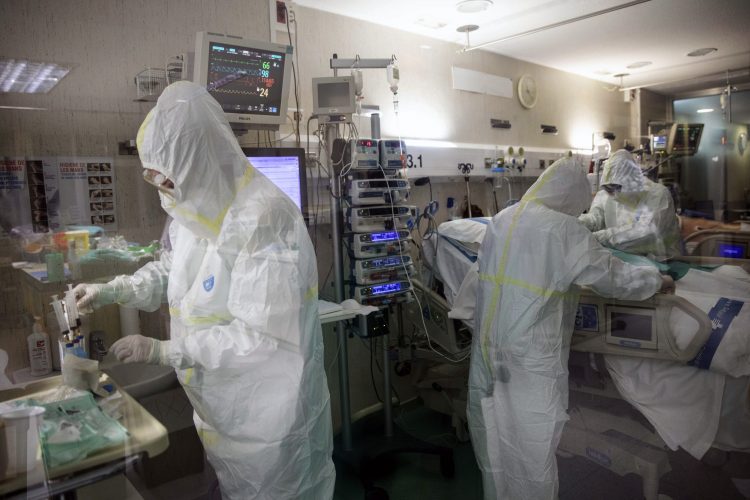